Staying Safe Through the Storm

Technically speaking, “Hurricane Season” in South Louisiana lasts from June 1 to November 30. But the reality is, when you live in this part of the country—where the sheer power and destructive capabilities of these natural disasters can change lives forever—devising a plan for hurricanes is a year-round priority for government officials of St. Charles Parish, St. James Parish, St. John the Baptist Parish and their citizenry.

In 2021, residents of the River Parishes (and the Greater New Orleans region) suffered heavy structural damage, flooding and weeks-long power loss once Hurricane Ida reached Port Fourchon as a Category 4 storm with winds reaching up to 150 mph.

While all three of the River Parishes have had formal Hurricane Preparedness Plans for decades, the lessons learned from Ida are reflected in each of their 2022 editions.

Since power outages during storms can block lines of communication, St. John president Jaclyn Hotard joined FEMA, the Governor’s Office of Homeland Security and Emergency Preparedness (GOHSEP), along with parish leaders from across the region when WWL Radio opened its new emergency radio broadcast studio in late June 2022.

The facility was purposely constructed to withstand threats both natural (hurricane-force winds) and manmade (terrorist activities) so that citizens can receive information from battery-powered terrestrial radio sets even in a power outage.

“Local media is critical to getting information out,” President Hotard says, “and this facility provides yet another avenue to ensure we keep residents informed in the event of a disaster or communications failure.”

St. John’s 2022 Hurricane Preparedness Brochure can be downloaded from the parish’s official website and contains information on what to do with family pets, your own brick-and-mortar business, how to purchase flood insurance, a list of must-have survival items for those who ride out a storm at home and what evacuees should do once they return.

Situated in a vulnerable, low-lying area of the parish, Des Allemands—and more specifically, the residents and structures along Down the Bayou Road—suffered extreme flooding and damage when Hurricane Ida tore through the region last August.

In response, FEMA allocated money for the immediate construction of an 800-foot emergency bulkhead to better protect person and property in the inevitable event of another major storm.  That project, which reinforces the area’s existing protective wall, was completed in July.

The current emergency steel-sheet-pile bulkhead was installed via barge and planted two feet outward from the existing protective timber wall.

“Our plan is to extend this project further along the bayou, but the area where the emergency bulkhead was placed was vital to get done now because the protection in that area was compromised during Ida,” says Matthew Jewell, St. Charles Parish President. “The fact that the emergency bulkhead was able to be completed before the traditional height of hurricane season this year was critical and will add significant protection in an area where we experienced issues last year.”

Noting that communication is paramount during crisis, officials in St. Charles Parish expanded the avenues in which residents can receive important information when they launched the parish’s NEXTDOOR page. Through the app’s geotargeted messaging function, parish officials can pinpoint announcements to specific neighborhoods, thus ensuring relevant information reaches those who need to see/hear it.

With the addition of NEXTDOOR, St. Charles Parish is now capable of reaching residents on six social media platforms.

Once the summer began, St. James Parish officials made a strong push for its citizens to sign up for the Community Alerting System—a feature that’s been available for years that conveys emergency messages during a time of crisis.

“Most of the time, it might be difficult for people to make or receive phone calls, but text alerts generally still function when other features don’t work,” says Eric Deroche, St. James Parish Director of Emergency Preparedness. “Internet might be out. Electricity might be out. But that text could answer a question in a time of need or provide a solution in a time of need. So that’s why it’s so important to get people signed up for that service.”

Like many neighboring parishes, Deroche says Ida tested St. James’s Hurricane Preparedness Plan—reinforcing positive, safe-saving measures in the system, but also shining a light on areas that needed to be reconsidered after undergoing a trying, merciless storm. For instance, Ida knocked out power throughout the region with some neighborhoods in St. James left in the dark for close to a month, which resulted in unforeseen consequences that are now addressed in this year’s Hurricane Prep Plan.

“A power outage lasting that long was something we’ve never seen before,” Deroche says. “So, fuel for generators was an issue—people running out of fuel. But what was also an issue with Ida, because of the huge influx of home generator use, was the amount of carbon monoxide alarm calls that Fire Services had to respond to. 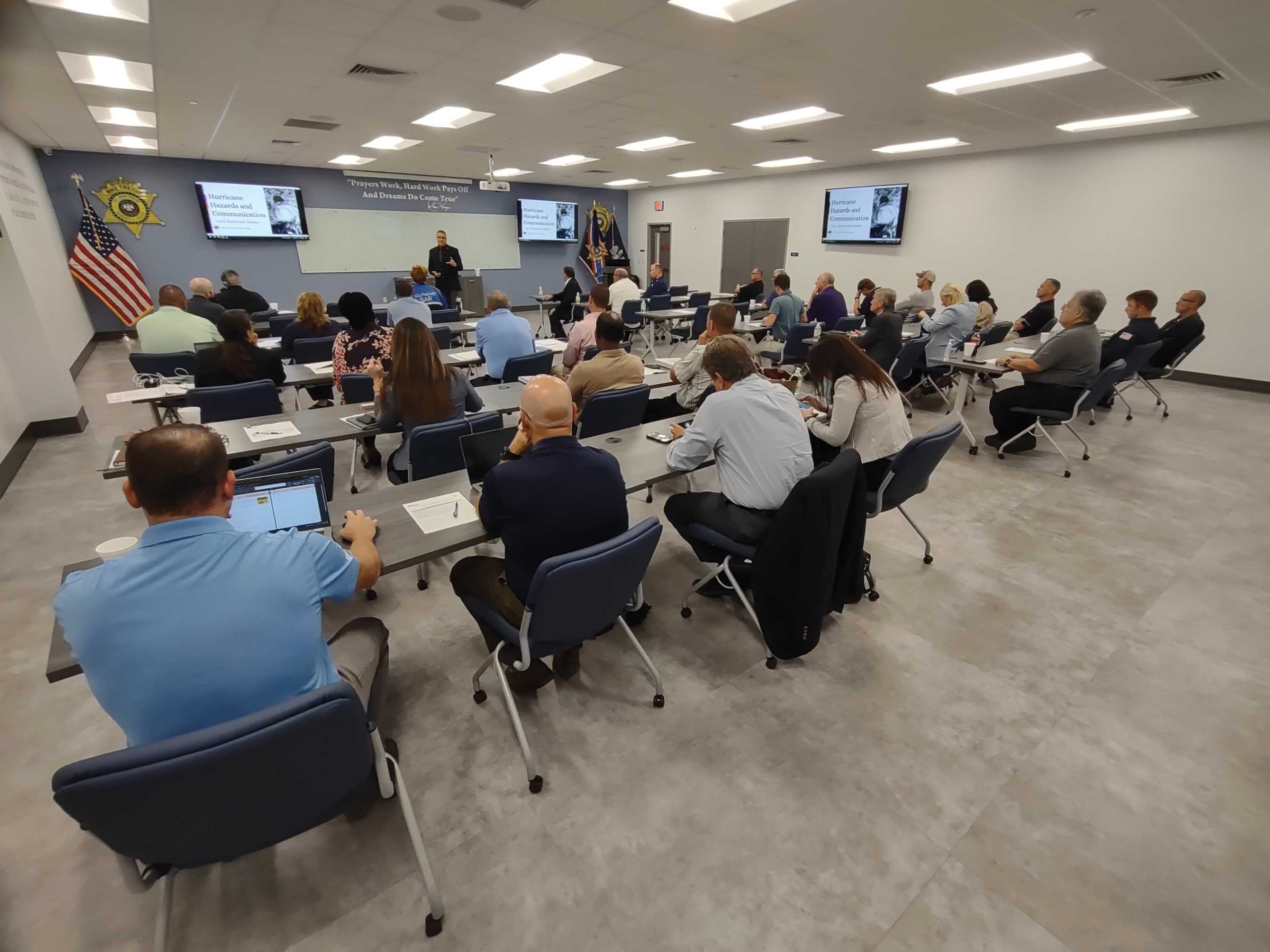 It put a huge strain on our Fire Services, to the point where we had to call on assistance from out-of-state crews to supplement our local department because of the call volume.”

To make the message of Hurricane Prep more palatable and consumable for modern audiences, St. James shot and produced a series of How-To YouTube videos that were released shortly before last year’s storm season. Video topics include how to sandbag your house, and how to dispose of debris once the storm has passed. Parish officials plan to produce more Hurricane Prep videos in the coming months.

Lastly, Parish president Pete Dufresne expressed his heartfelt thanks to the hundreds of Louisianans in and around the River Parishes who donated food, supplies or money to Hurricane Ida relief efforts in St. James. Beyond opening the pantry, cupboard or one’s wallet, though, President Dufresne urges residents to also give their time to relief efforts, calling for the community to rally around a spirit of volunteerism when storms ravage our way of life and parish resources are exhausted.

“You don’t realize the need for organizing community groups of volunteers until something like Ida happens,” President Dufresne says. “We’re so thankful for the generous outpouring from so many people—dry goods, clothing, food. But we need people to give of themselves, too. We need volunteers to accept those goods, prepare that food, serve those thousands of plates. Thank goodness for groups like the Lutcher and St. James High School band members who stepped up to the plate last year.

“We hope in our lifetime that no one sees another storm like (Ida), but if we do, we need the community to rally and serve one another, if they can. A few hours here and there can make a world of difference.”