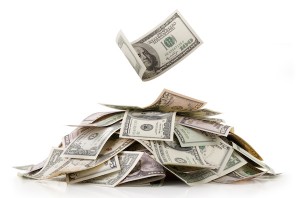 BATON ROUGE – From the Louisiana Department of Treasury:

This is National Unclaimed Property Week, and Louisiana State Treasury is celebrating the launch of a new campaign to heighten awareness of the program and the more than $900 million in cash owed to people in Louisiana. The new campaign, called Louisiana Cash Claim, includes a new website (LaCashClaim.org), a series of digital promotions, commercials, and the introduction of a new Unclaimed Property mascot named “Cash.”

“Louisiana’s Unclaimed Property program has gone from being ranked 38th in the nation to being one of the tops for outcomes since I’ve been in office,” said Louisiana State Treasurer John M. Schroder. “One in six Louisianans has unclaimed money owed to them. Thanks to enhanced technology and an incredible, dedicated staff, our office went from paying out an average of $40 million a year to more than $70.2 million last fiscal year.”

Nearly 33 million people in the United States have what the industry calls unclaimed property: financial accounts or items of value in which the owner has not initiated any activity for several years. When the company cannot locate the owner, the money or properties are submitted to the state. Common examples include unpaid life insurance benefits, forgotten bank accounts, and unused rebate cards.