STANDING THE TEST OF TIME

For most of last century and well into this one, American Commercial Barge Line (ACBL) continues to set the pace on the Mississippi River, and beyond, among cargo carriers.

When it comes to caring for and transporting cargo up and down the Mississippi River system, it’s pretty much impossible to find a longer or more reliable track record than the one posted by ACBL over the past 100 years.

And no, that’s not a typo. The company has been around for 100 years.

From its humble beginnings transporting coal along the Kentucky River, the Indiana-headquartered shipping giant now employs 2,600 workers and operates a fleet of 2,000 barges and more than 100 towboats. A leader in shepherding liquid and dry cargo on the inland waterways such as the Mississippi River among others, American Commercial Barge Line can expertly handle a cornucopia of cargo including (but not limited to): chemicals, petroleum, ethanol, edible oils, salt, grain, coal, steel, ores and fertilizers.

As one might expect given the area’s reputation for nautical traffic, American Commercial Barge Line has a very visible (and sizable) presence near the delta of the Mississippi River.

“From day-to-day, you’re dealing with a bunch of issues — there’s always something to do,” says Jeff Kindl, American Commercial Barge Line’s vice president of Gulf Operations.

“Whether it’s talking to the managers of each fleet or mentoring some of the other guys, it’s what’s expected of you, and the people who work here on the river. Things can change in an instant, with basically no warning — so adapting and being agile is key.”

“Our core values are everything, starting with safety – people are our primary concern,” Kindl says. “You look at our record – no lost-time injuries in over a year – and it shows that safety is something we practice, not just talk about. And from there, the safety continues with the safety we show toward the environment.”

Though it’s not often thought of in this context, shipping by barge with ACBL is not only incredibly efficient, but green in comparison to other popular forms of cargo transport.  Using the same amount of fuel, the distance a barge can take cargo is far greater than that of truck or train, resulting in less CO2 emissions per trip.

Once again, the American Chamber of Shipping recognized ACBL’s environmental stewardship last year when 78 of the company’s towboats earned Environmental Achievement Awards. Those boats went 24 months without a reportable spill, without any U.S. Coast Guard violations and without any state citations or violation of state or local pollution regulations.

While a lot has changed in 100 years of service at American Commercial Barge Line, one constant from then to now remains — delivering cost-effective customer service. The means of accomplishing that feat; however, are specifically tailored to the high-tech, real-time era of the modern global marketplace.

By visiting the ACBL customer website, www.acltrac.com, clients can track up-to-the-second updates about river conditions and transportation data about their specific cargo loads.

Even though American Commercial Barge Line’s fleet numbers are in the thousands already, the company continues to modify barges — and right-sizing its fleet to meet the needs of clients. For businesses without a direct connection to the river, ACBL’s logistical teams are well-versed in cultivating multi-modal transportation solutions, including arranging storage terminals for cargo when necessary. As Kindl makes clear, cargo shipping is a “relationship business,” so earning trust and being able to problem solve on the spot are paramount in developing a loyal customer pool.

“The market changes so fast nowadays, that if you’re unable to react quickly and smartly, then your customers are going to take notice of that — especially in the liquid markets,” Kindl says. “With ups and downs of oil markets and chemical markets, it keeps you on your toes. One day you’ll be going here, and the next day you’ll turn around and go back.”

“So, with that said, teamwork is necessary,” Kindl says. “Everyone must be trained and trusted. Communication internally needs to be seamless so that we can properly serve the customer the right way.”

“Everyone must be trained and trusted. Communication internally needs to be seamless so that we can properly serve
the customer the right way.” 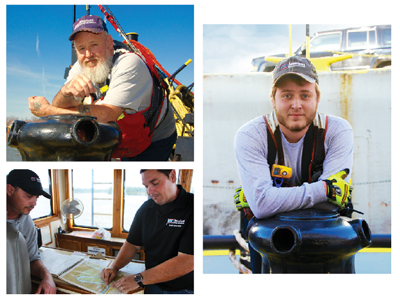