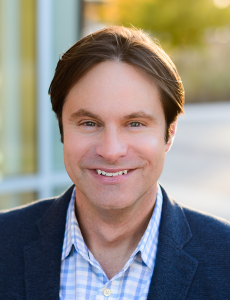 BATON ROUGE (press release) – Stan Levy, founder and CEO of Baton Rouge-based SASSO Agency, will serve on the judging council for the 43rd Annual Telly Awards. Devoted to discovering excellence in video and television across all screens, The Telly Awards receives over 12,000 entries from advertising agencies, television stations, production companies, and publishers worldwide.

Entries are judged by the Telly Awards Judging Council, an industry body of select leaders across advertising, media, tech, and video. SASSO Agency’s Stan Levy will join this group of industry professionals to review videos submitted for the 43rd Annual Telly Awards from around the globe.

A Louisiana native, Stan Levy graduated from Louisiana State University’s Manship School of Mass Communication. He kicked off his career in Los Angeles working in marketing and promotions at Ticketmaster headquarters and later in the marketing and publicity department at DreamWorks Movie Studio. From there, he spent over a decade as one of the leading sales and marketing executives at iHeart Media. Stan founded SASSO in Baton Rouge in 2011 and has since grown the company into an award-winning agency known for creative and strategic problem-solving. A forward-thinking, full-service agency, SASSO helps brands communicate their messaging, appeal to their target audiences, and accomplish their business goals across every marketing touchpoint.

“I am honored to serve on this year’s Telly Awards Judging Council alongside such an impressive array of advertising and creative industry leaders,” said Levy. “Having participated in the Telly’s before and taken home numerous awards at SASSO, I’m excited for the opportunity to take part in the judging experience and review a variety of stunning creative work.”