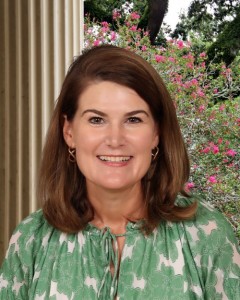 METAIRIE —  St. Martin’s Episcopal School has announced the selection of Whitney Samuel Drennan as head of school. While she will officially begin her tenure on July 1, 2023, she will begin her transition early in the new year.

“I am so honored and excited to be St. Martin’s next head of school, and can’t wait to be back at my alma mater,” said Drennan in a press release. “St. Martin’s holds a special place in my heart. The strong academics, championship athletics and lifelong friendships I experienced while a student here shaped me into the person I am today. Together, we will maintain the meaningful traditions that define this community and will build upon them as we safeguard its legacy of excellence, retaining St. Martin’s as one of the most dynamic and compelling independent schools in the New Orleans area.”

Drennan is an experienced administrator and Metairie native who attended St. Martin’s from eighth grade through graduation (class of 1994). While at St. Martin’s, she was an athlete, a member of the National Honor Society, and vice president of her senior class. After graduation, she continued her education at Vanderbilt University, graduating cum laude, with a degree in early childhood education. She then returned home earning a master’s degree in education with a focus on curriculum and instruction from the University of New Orleans. While pursuing her master’s degree, Drennan began her independent school career as a kindergarten teacher at the Louise S. McGehee school in New Orleans.

Drennan became the assistant head of the lower school at McGehee, a role in which she not only continued to oversee curriculum and instruction but also assisted with the day-to-day operations of the division. While assistant head, Drennan was part of the administrative team who, in the aftermath of Hurricane Katrina, relocated to Houston, working from the campus of the Kinkaid School. She also spearheaded the development and implementation of an enrichment program for Lower School students who were performing above grade level.

In 2007, Drennan was promoted to head of the lower school. In this capacity, she was responsible for all operations of the lower school, including not only curriculum but also scheduling, student retention initiatives, faculty professional development, budgeting and admissions. She has served as a member of McGehee’s crisis management team, faculty evaluation and growth committee as well as their diversity, equity, inclusion and belonging task force. Most recently, Drennan was given additional responsibility as director of strategic initiatives. Her responsibilities include supervising and mentoring both the upper school head and middle school head, participating in the strategic planning process and bolstering family engagement.