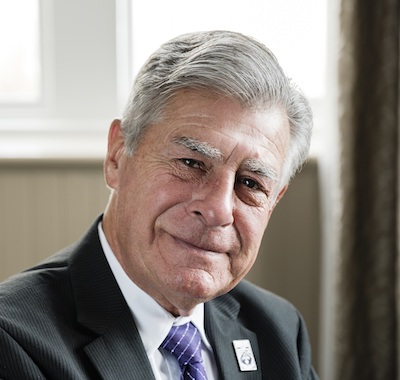 MOBILE, Ala. — Spring Hill College President E. Joseph Lee has announced he will retire from his post at the end of 2022.

Lee was invited to serve as interim president in August 2018, making him the second layperson to serve in the role. He was fully installed as the college’s 38th president in 2020. During his tenure, the college outlined new strategic priorities, added new academic programs, strengthened its donor base, and further engaged alumni and the local Mobile community.

“This decision has not been an easy one, as Spring Hill has been such an important part of my life during the last three and a half years,” said Lee, who is looking forward to spending more time with his family. “The students, faculty, staff and the entire SHC community are absolutely the best. Now is a good time as the college is positioned for future growth and prosperity. It is with that in mind that I feel now is the time to prepare for new leadership.”

Some of the accomplishments under Lee’s tenure include:

“Dr. Lee’s leadership has been instrumental in sustaining Spring Hill College during this unprecedented pandemic environment, strengthening our existing curriculum, initiating a robust academic expansion that enhances the college’s value to our students and promoting the Jesuit identity of ‘cura personalis’ – care and respect for the entire human development,” said Jack McKinney, chairman of Spring Hill College’s board of trustees. “We will miss Joe, but also look forward to perpetuating his vision for Spring Hill as we carry out the selection process for our next president.”

The college’s board of trustees will begin a national search for the next president and plan for a seamless transition.

Lee’s previous presidential assignments include Pine Manor College in Massachusetts, Saint Joseph’s College in Maine and Thomas More University in Kentucky. He also held the position of interim vice president for enrollment management for the University of Maine and was vice president for student services at Merrimack College in Massachusetts. He graduated from Saint Michael’s College in Vermont with a bachelor’s degree in French literature and a master’s degree in education. He attended the Institute for Educational Management at Harvard University before earning his Ph.D. in higher education administration from Boston College.