Entering their fourth year, the organizers of Aviation Awareness Day continue to introduce youngsters to the wonder of flight, all while never forgetting the personal inspiration behind the event. 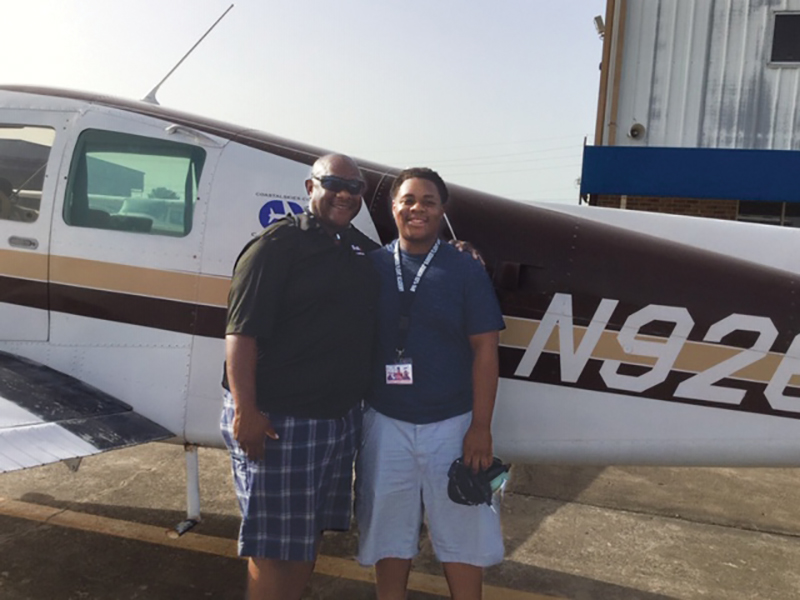 Though it’d be a few more years until he finally got off the ground, Tristan Green’s passion for flight was quite literally love at first sight.

Even before Tristan attended school, his father Paul Green, an experienced aircraft mechanic of 30 years who has worked for the U.S. Navy and commercial carriers like FedEx, would often bring him on board and let his son’s eyes and mind soak in both the plane’s enormity and intricate gadgetry and detail.

“To be honest, looking at all the instruments in the cockpit, and taking it all in — it was scary but exciting at the same time,” Tristan recalls. “I just wanted to learn everything I could, to figure out how all this got this big plane up into the air.”

At 14 years old — an age when most kids can’t decide what hot lunch to pick from the cafeteria — Tristan began the challenging process of becoming a pilot. Less than three years later, after intense instruction, the then-East St. John High School senior completed his first solo flight in Texas. Now, he’s been accepted into and plans to enroll in Delta State University’s renowned commercial aviation program this coming Fall.

“As a father with the background I have in aviation, it was natural for me to support Tristan’s desire to fly. But I think the thing that sparked our interest is the number of kids who couldn’t believe Tristan was actually flying an airplane,” Paul says. “They were fascinated by it, and they had so many questions. ‘Well, how do you fly it?’ and ‘How’d you get to do this?’ And so we wanted to not only provide answers, but show them that a career in aviation is a real, attainable thing.”

Thus the seeds of Aviation Awareness Day were planted, ultimately blossoming into an annual event held at the Port of South Louisiana’s Executive Regional Airport.

Paul, along with commercial pilot Cedric Grimes and Pastor Donald August Sr., of Rising Star Baptist Church in LaPlace, formed the non-profit organization Guys Achieving Goals and began outlining their vision for what this aviation event would be, how it would work and what it would accomplish.

“So many kids in St. John and the local community, they’ve never been close to an airplane, let alone be on an airplane,” Pastor August says. “We knew this event, if we could pull it off and get the private pilots to come and get the community onboard, would give them something they’ve never seen before and give that first experience with flying. For them, it’s such a thrill. Afterward, it’s like they’re walking a foot off the ground.

“And the best part is the pilots are just as excited, because they feed off the reaction of the kids.”

In previous years, kids have ridden a variety of general aviation aircraft, including a the single-engine Cessna 172 — a plane many aviation experts dub the most successful plane in aircraft history because of the units sold and the longevity of production – the twin-engine monoplane Cessna 310, and several models of Piper planes.

At this year’s Aviation Awareness Day, pilots of various disciplines — some former military aviators, some current commercial aviators of both planes and helicopters — will mentor those in attendance. Before and after each ride into the sky, these pilots will shed light on the various career avenues available in aviation (beyond just being a pilot) and hammer home the importance of excelling in science, technology, engineering and mathematics education once they reach high school.

Paul Green said he expects children and families from not only St. John Parish, but also St. Charles, St, James, and St. Helena Parishes to attend, likely giving Aviation Awareness Day it’s biggest crowd since this all started back in 2017.

The event is free of charge.

“The support we’ve gotten from the community, from sponsors, from the Port — it’s all been great, and it’s helped us grow,” Paul says. “And that’s the goal: Keep growing, keep showing more kids these planes, and to keep seeing their expressions when they’re up in the air. You see that look on their face, ‘Hey, we were flying!’ When you see that, you know you’re having an impact on these kids.” 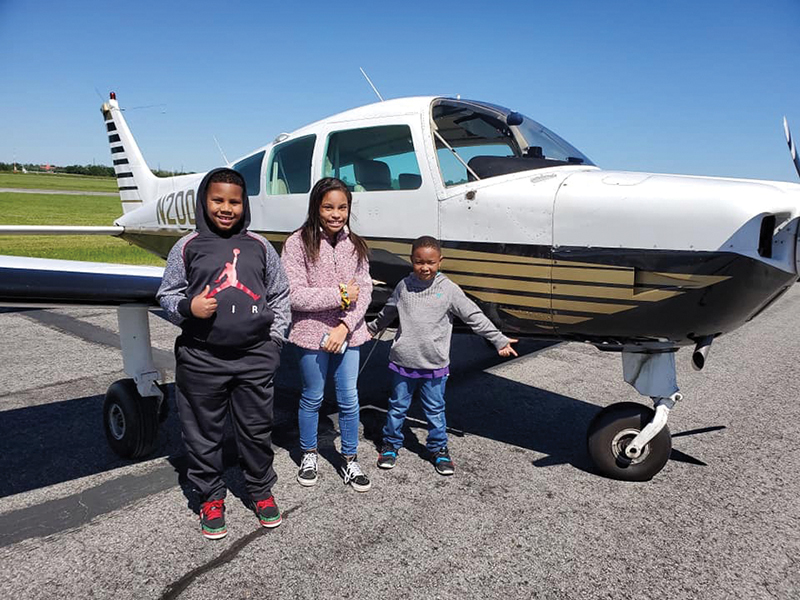 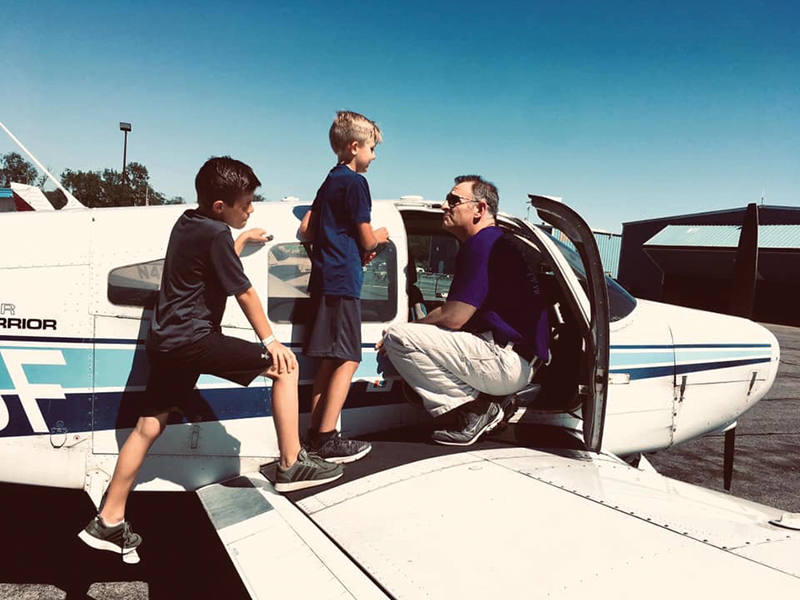 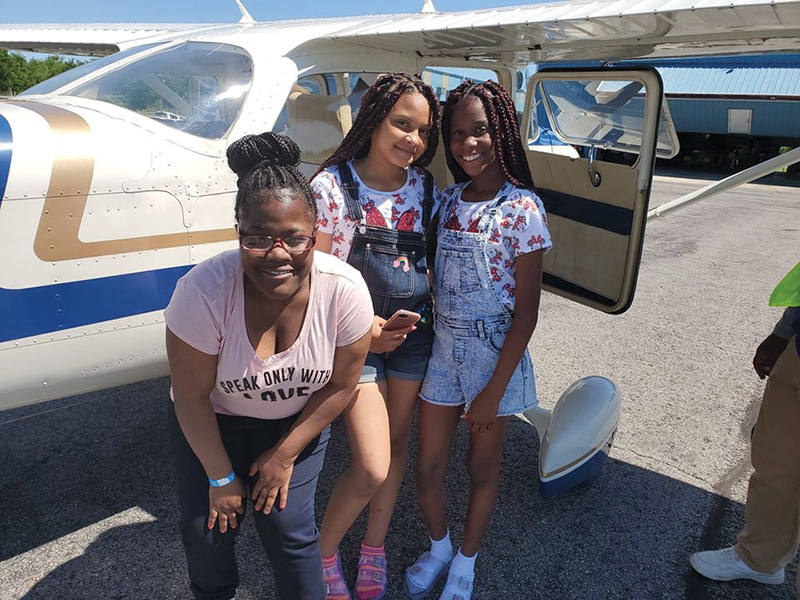 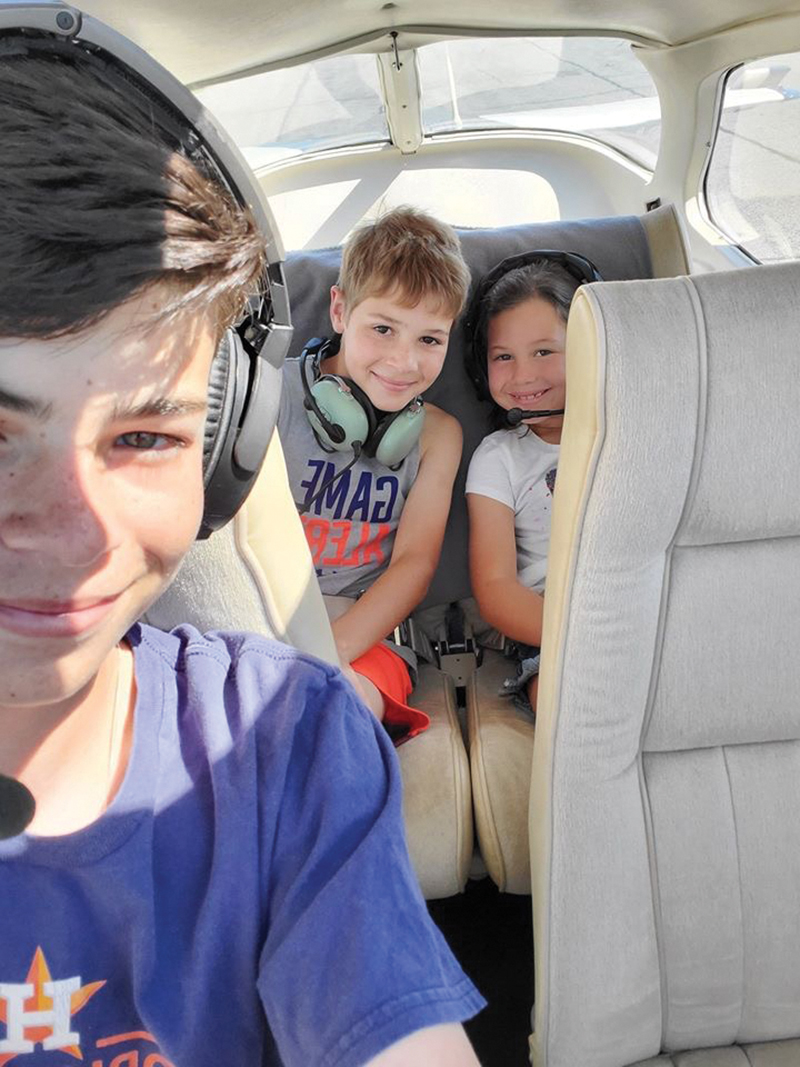 Students of all ages gather to learn more about aviation as an industry and profession at the annual Aviation Awareness Day.