The awards will be given on Thursday, Aug. 3, during the festival's Kickoff Party at the Omni Royal Orleans Hotel. Party guests will enjoy a special evening with jazz legend Germaine Bazzle and a special appearance by multiple Grammy-winning artist and actress Dee Dee Bridgewater.

A limited number of tickets are now available online here

The Spirit of Satchmo winners are:

If anyone can pull off aligning himself with the famous Louis Armstrong, it's trumpet extraordinaire James Andrews. He performed with a variety of brass bands (Treme Brass Band, New Birth Brass Band) before forming his own. He has played with Quincy Jones, Dizzy Gillespie, Danny Barker, Dr. John and Michelle Shocked. A protégé of Allen Toussaint, Andrews has taken his place alongside of contemporaries swinging the New Orleans tradition in contemporary ways. Andrews is determined to keep the flame of New Orleans soul and R&B alive and burning in the hearts of many. His musical genius and charismatic performances truly embody the 'Spirit of Satchmo.'

Germaine Bazzle, retired music teacher, is often referred to as one of the important jazz vocalists in New Orleans. A graduate of Xavier University of Louisiana, she began teaching music in the classroom during the day and playing bass with a traditional jazz band at night. Her primary interest was teaching, but she says, "the gig just sort of happened." She continues to perform and has shared the stage with Alvin "Red" Tyler, Peter "Chuck" Badie, Ellis Marsalis, Edward Frank, George French, Albert "June" Gardner and many others. Bazzle is awarded the 2017 'Spirit of Satchmo' Educator due to her commitment to jazz, both as a performer and as an educator.

David Kunian completed his masters in musicology from Tulane University in 2013.  His thesis is entitled "Modern Jazz in New Orleans and All For One Records." He has produced radio for over 20 years and produced 10 documentaries about New Orleans artists. Kunian has held down a weekly show on WWOZ since 1993. He has been awarded grants from the Louisiana Endowment for the Humanities, Louisiana Division of the Arts, Louisiana Decentralized Arts Program, and the Hennessey Foundation. Kunian has won awards for his radio work from the National Federation of Community Broadcasters, Communicator Awards, American Association for State and Local History and the New Orleans Press Club. He has been a freelance writer for The Oxford American, Indy Magazine, Downbeat, Gambit Weekly, Beat Street and Offbeat. He currently serves as curator of the New Orleans Jazz Museum at the Mint. Kunian, the 2017 'Spirit of Satchmo' Advocate, has been a passionate champion of the genre for decades. 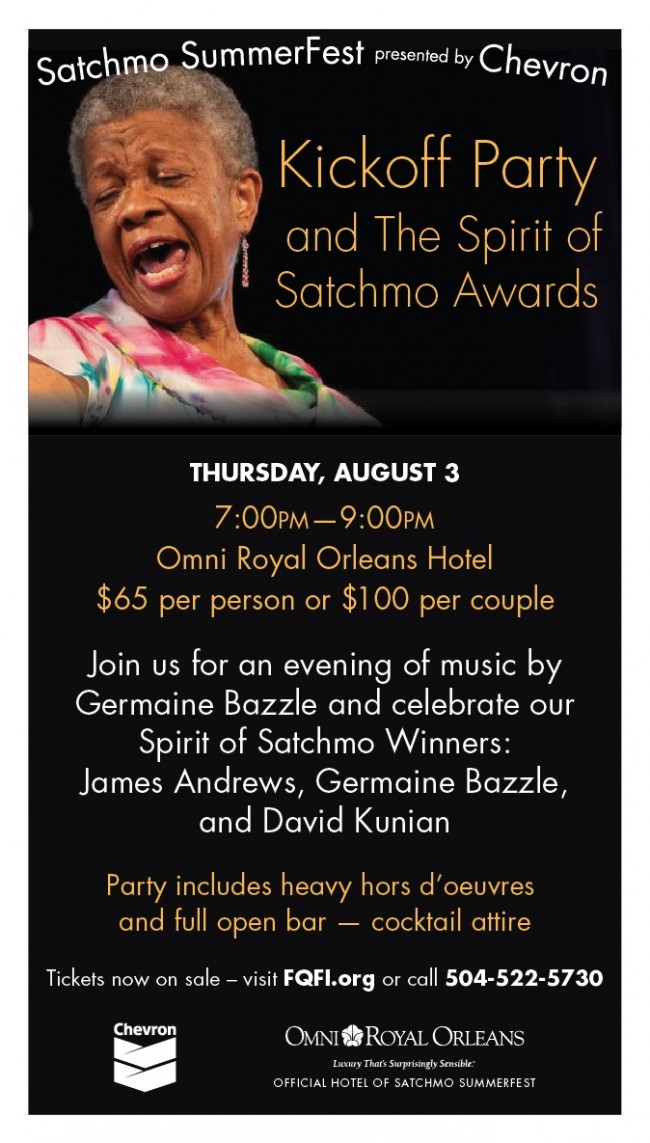