A few things you need to know about doing business with Southerners.

It’s no secret that things are done a little differently in the South – and this is especially true when it comes to etiquette. Manners and pleasantries still matter greatly here, both in personal dealings and in business.

As such, in order to succeed in business, it’s wise for visitors and new transplants to make an effort to learn the language and culture of the natives.
In an effort to provide some guidance on this front, I recently conducted an informal poll of fellow Southerners, asking them what advice they would give regarding doing business in the South. The following tips were created from their responses.

Get used to hearing and saying “please” and “thank you.”

This goes for face-to-face, email, print, or any other correspondence. Politeness is so important in the South that bypassing these niceties is considered a slight and could hinder your business dealings.

“Saying please and thank you and having a firm handshake are all important to me,” says Dean Adams, who lives in Austin, Texas. “Also, make eye contact with me while we’re speaking. If you don’t, I’ll think you’re not being honest with me. And don’t mistake my being polite or nice for weakness.”

Be prepared – pad your schedule.

Whether a meeting is held in the boardroom or the back room of Antoine’s, business will probably not begin as soon as everyone arrives. Expect participants to socialize for at least 15 to 20 minutes, if not longer, before discussing the business at hand.

“I was once told by an old Southern gentleman that a minimum of five minutes of social conversation should take place before ever mentioning business,” says Kentuckian Jason Hodge. “He said it gave you time to ‘sniff out’ the other’s character.”

Meetings are unlikely to start on time.

“Show up 15 minutes past the scheduled start time,” advises New Orleans native Donny Hyde. “’cause every New Orleanian will!”

I have noticed this to frequently be true, but not always, so instead of arriving late, I’d advise to plan accordingly – maybe use the time to read or catch up on emails on your smartphone.

In addition to being careful not to view politeness as a sign of weakness, non-Southerners are warned not to assume that those that speak slowly or use stereotypical Southern slang – like “fixin’” – are in any way less intelligent or capable. You underestimate us to your own detriment, my friends.

Don’t be afraid to clarify.

Southern accents can be strong, so remember it’s always better to be clear about what a person said than muddle through and potentially agree to something to which you are uncertain. This is a two-way street. Your Southern business associate may not understand your accent. If handled with kindness and humor, a potentially bad situation can instead become a funny anecdote.

Speaking of anecdotes, polish up your storytelling skills.

Southerners love to hear a good yarn (translation: story) as much as they love spinning one.

Speaking of which, have I told you the one about my daddy pulling a shotgun on the census taker?

Have some advice for doing business in the South or with Southerners (or a great yarn?)
Email me at Melanie@MyNewOrleans.Com. 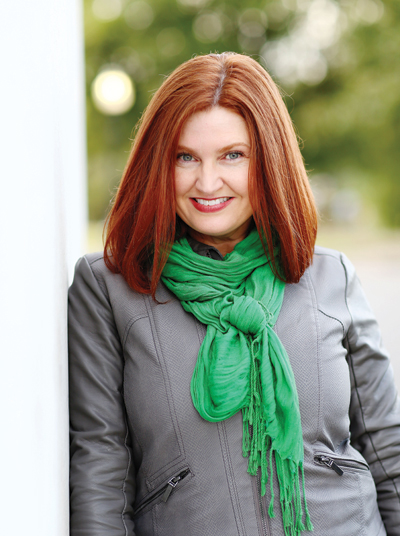