Sonnier Joins Gootee as VP of Communications and Business Development 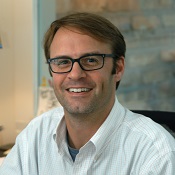 NEW ORLEANS – Ryan Gootee General Contractors LLC announced that Kristian Sonnier will join RGGC as vice president of communications and business development. Sonnier has been a public relations professional for 25 years and is an expert in communications, marketing, media relations, media management and crisis communications.

Prior to joining RGGC, Sonnier served as vice president of communications and public relations at New Orleans & Company, the city’s official destination marketing organizations. While there, he led the 2018 rebranding effort transforming the New Orleans Convention & Visitors Bureau into New Orleans & Company.

“I have known Kristian for 25 years and have watched him grow professionally from his days at Peter A. Mayer Advertising and New Orleans & Company into the leader he is today,” said Ryan Gootee, president and CEO of Ryan Gootee General Contractors. “His skills in team building, cultivating relationships, communications and marketing are proven. As we navigate current challenges and strategically plan for building our city’s and region’s urban landscape for future generations, we are confident that the attributes Kristian possesses will add value to our company and accelerate its growth.”

“Ryan has a bold vision for constructing a better, more resilient New Orleans and region for the future,” said Sonnier. “His passion for place-making and innovative approach to commercial construction inspired me to join his team and play a role in reshaping our city’s and region’s infrastructure, one building project at a time.”

Sonnier received a Bachelor of Arts degree from Louisiana State University’s Manship School of Mass Communication in 1993, with a focus on journalism and public relations.