Ice Cream 504 greets you with two scoops of delicious.

One of the most interesting aspects of the business landscape in New Orleans is how independent, small businesses dominate the field. While we do have national chains, our locally owned shops and restaurants win our hearts.

Visitors to NOLA have the opportunity to learn about our culture and community firsthand when they patronize a locally owned business. One of my favorites as the weather heats up is Ice Cream 504.

Located at 2511 Jena Street, just off Freret Street in Uptown New Orleans, the ice cream shop is in a charming blue shotgun building with a little patio in front. Upon entering the store the smell of the homemade, freshly baked waffle cones immediately envelops you with sugar and the not-so-secret ingredient of cinnamon.

What sets this ice cream apart are its handmade process and flavors, and how those came to be in the first place.

Proprietor Michael Southall, with longtime friend and business partner James Comeaux, was inspired by his Aunt Ruby’s recipes. It was she who taught him how to churn ice cream using fresh milk and cream, often incorporating ripe fruit from the trees in her backyard in Napoleonville, Louisiana. Southall brings those recipes and new creations to life in a churn inside his shop, much like he grew up doing on Aunt Ruby’s porch on Sunday afternoons.

Southall’s process and flavors are truly acts of artistic expression. He excels at handmade, without the fussy modern connotation of “artisanal.” He shared that his inspiration can come from a flower on the side of the road, or even a scene in a movie.

“I love coming up with new flavors,” said Southall. “We did a ‘ginger and tomato’ flavor, surprising people with a savory flavor rather than sweet. I get a kick out of that kind of thing.”

The subtle flavors whisper “lovingly homemade” instead of screaming “artificial ingredients from a factory.” The colors are understated as well, deriving their shades naturally instead of synthetic sources. Some of Ice Cream 504’s flavors change with the seasonal availability of ingredients, while the more popular flavors like peppermint, coffee, chocolate and Cherries James (named for his business partner) are craveable staples.

The flavors that most impressed when I visited the store in April were his newest creations: “OPP” is orange, pecan and praline with a nod to a risqué song with the same name; “All Shook Up” combines banana and peanut butter with a swirl of honey a la Elvis; and the “Almond Peach Petit Four” would be at home at both a fancy afternoon tea and a rowdy family picnic.

The six-table shop opened in 2014 and feels comfortable and welcoming. More often than not, it will be Southall himself who greets you when you walk in, accompanied by his mother, Ms. Roberta (Southall), sitting on a chair behind the counter listening to Motown on the radio. If you are really lucky, the neighborhood black cat, Jynx, will also be there to say hello before you enter.

Just as Southall finished his statement, six patrons who were listening to our conversation (a very common occurrence in New Orleans) chimed in to confirm their approval and laud Ice Cream 504’s status in their minds.

Henrique Timoteo, a New Orleans resident for 18 months who is originally from Brazil, said, “In Brazil it’s so hot they have many ice creams. But this is the best I’ve ever had.”

Timoteo is such a fan of Ice Cream 504 that he brought his friend visiting from Brazil into the store that day. His friend nodded in agreement with the other customers in the store. Ice cream has no language barriers.

Ice Cream 504 is open Wednesday through Sunday, and closed on Monday and Tuesday. It also serves traditional New Orleans sno-balls, as well as sorbet. The ice cream has no added preservatives, fillers or gums, and most flavors are gluten-free. For more information, visit icecream504.com. 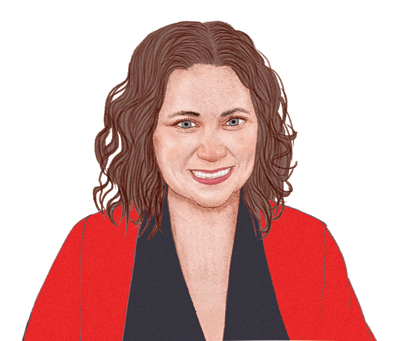