There are hundreds of efforts being made by communities of color to support the next generation through churches, schools, afterschool programs and nonprofits.

One such group is the Silverback Society, which was founded in the fall of 2007 by Arthur Wardsworth and Lloyd Dennis. These two gentlemen decided to stop talking about problems they were seeing and offered themselves as part of the solution.

Today, the nonprofit organization supports, trains and coordinates more than 110 men who volunteer and are committed to making a positive impact on more than 600 boys and young men in 20 schools in the New Orleans and Gulf Coast area.

“Three years ago, I coaxed him into leaving City Hall where he directed the Cease Fire initiative,” says Dennis.

Rattler also served as the program officer for Black Male Engagement at the Foundation for the MidSouth, where he managed a funding portfolio of organizations supporting an increase in the Black male high school graduation rate in Louisiana, Mississippi and Arkansas. Additionally, Rattler served as the director of the New Orleans Fatherhood Consortium, where he was instrumental in the passing of the Louisiana Fatherhood First legislation in 2013 — a program designed to promote the positive involvement and interaction of fathers with their children.

“I’m not going anywhere,” says Dennis. “Greg’s asked me to stay onboard part time to manage our finances and serve as his ‘legacy’ consultant.”

As the new executive director, Rattler is solidly committed to the Silverback Pledge: “I will live my life as though generations depend on me, and I will teach and encourage all of mine to do the same.”

“We do this by teaching respect, integrity, leadership and love, which results in reduction of disciplinary actions, higher academic achievement, and more productive young men,” says Rattler.  “Our volunteers graciously share their time, treasures and talents.”

The organization uses two to four Silverback Mentors, who are men who have achieved responsible respected manhood. These mentors engage with a troupe of 15 to 30 boys. All participants are in the eighth grade.

“This is a time when the boys are in a critical transition,” says Rattler.

Mentors belong to teams that serve at a specific school for 16 to 18 sessions per school year. The team approach means that if a man can’t make one or two sessions, the other men on the team will ensure the consistency that mentoring success requires.

“Our young men know that every week there will be a mentor breathing life and positivity into their lives,” Rattler explains.

Silverback also relies on Role Model Speakers, mentors who rotate through the troupes to share their stories and detail a variety of pathways used by men who have often had to climb from difficult situations to achieve their success. 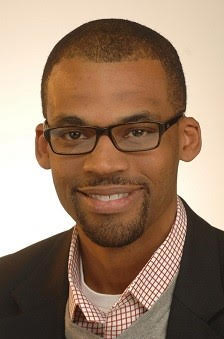 The organization trains their mentors in 100 percent positive classroom management techniques and assumes every boy will be successful.

“We offer support, love and affection every step of the way,” says Rattler.

Due to COVID-19, the groups will be meeting on virtual platforms.

Rattler is hopeful that by the end of this school year the organization will be able to hold its yearly celebration where students are brought together from the different schools to meet and exchange phone numbers.

“If a young man is going to Warren Easton, he will know others who are also going to be starting high school there,” he says. “They are also given book bags with the Silverback logo on them so that from the first day they will be able to recognize upperclassmen who are also Silverbacks. They’ll not be walking into high school alone because other Silverbacks will see them and support them.”

Dennis believes because their engagement is for a good part of the school year, toward the end of the engagement, its volunteers are rewarded by their mentees’ obvious changes in behavior, academic achievement and hope for a brighter future for themselves.

“This is addictive work,” he says.

“We model the very behavior we want to inspire in them — men making life better for children,” Rattler says. “This is not work for me. It is my passion. I see myself in every one of these young men’s eyes.”

Bringing together men to effect generational change by preparing boys to be respectful and responsible men.

Vision: A better community by increasing the number of productive men.

How Readers Can Help:

Become a volunteer, mentor or speaker. And, if you can, donate here.

How Businesses Can Help: Consider encouraging and allowing staff to mentor at a school for one hour a week. “This would be an example of how important it is to give back to the community,” says Rattler.

A business could also help sponsor the organization’s end of the year event and/or help provide book bags for the young men.

A Taste of Normal