Sidney D. Torres IV seems to have the Midas touch. A millionaire at 22, the serial entrepreneur has developed more than $250 million worth of real estate, launched and sold a multimillion-dollar garbage collection business, started a venture capital business, built a resort in the Bahamas, designed a crime-fighting app for the French Quarter, launched a second commercial garbage collection business and has multiple TV shows in production.

He has accomplished this despite battling dyslexia, addiction and grief over his parents’ troubled divorce and brother’s death.

Torres is currently transforming the former Monastery of St. Joseph and St. Teresa of the Discalced Carmelites of New Orleans, a 19th-century building at the corner of Rampart and Barracks streets into a resort-like assisted living facility and has opened the church and common space for weddings and special events. He’s also developing part of a 9-acre Mid-City site near Bayou St. John and the Lafitte Greenway into luxury apartments and high-end retail. Additionally, Torres stars in “The Deed,” a house-flipping show, which premieres on CNBC March 1 at 9 p.m. He is also discussing a Fox reality TV series based on the French Quarter Task Force app.

As if he wasn’t already transforming the face of the city, Torres is being encouraged to run for mayor of New Orleans later this year. It’s a move he’s seriously considering.

Torres recently met with editors and writers of Biz New Orleans at the Monastery to discuss entrepreneurship, his business empire, and his ideas for improving life in the Crescent City. The interview was edited for length.

Biz: How do you decide to get involved in a business project?

Torres: Every deal is different, but it’s based on the person. I want to know who I’m going to be involved with because it’s like a marriage. When you get involved with someone in business, whether you’re lending them money or doing a joint venture, you’re getting into a relationship with them and you have to make sure it’s something that’s going to work.

I really have to be passionate about it, too. I just can’t do something because there is money to be made in it. It’s got to make sense from a financial standpoint, but I really have to like the deal and the person.

Biz: Why did you decide to convert the Monastery into an assisted living facility and event space?

Torres: I wanted to do something special here. I thought about doing the assisted living facility because I was getting a lot of elderly people that wanted to stay in the Quarter.

Right now, we’re using it as an event space for weddings and events, and that’s working out really well. So while we’re still planning and doing our studies on how an assisted living facility would do here, we have a cash flow. 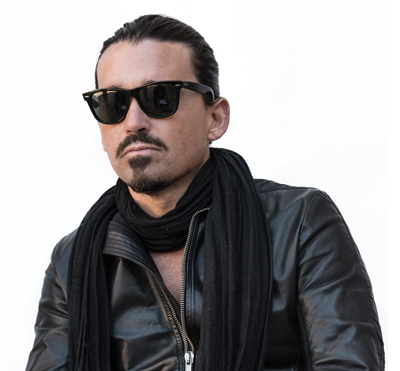 "I just can’t do something because there is money to be made in it. It’s got to make sense from a financial standpoint, but I really have to like the deal and the person."

Biz: So events are giving you some time, then?

Torres: It’s giving us time because to do an assisted living facility it’s a $40 million deal to convert and you want to make sure that you can fill it. Right now, we’re still trying to figure out the demand – it’s definitely there – but what kind of rates can you get to justify a $40 million investment?

Biz: What’s the latest on the 9-acre site you are developing in Mid-City on the Lafitte Greenway?

Torres: I sold half of it to The Edwards Group, which is building 385 apartments.

On the other half I’m planning a commercial/retail walking area. It’s very neighborhood friendly, a lot of restaurants. Not so many retail shops, but more different types of New Orleans restaurants. Maybe like a nice store for shopping, like a Whole Foods.

To tell you the truth, it was a great piece of land, and I just thought it was a good investment.

Biz: You’ve given nearly $500,000 to crime fighting to launch the French Quarter Task Force, provide vehicles, and develop and update its app. Why?

Torres: When I first got in the deal, the Quarter was at an all-time high with crime. My home had gotten broken into, and I just saw it going down. I called the mayor, and basically asked him what are they going to do about it, and never heard back. I took out a commercial basically calling the mayor to action.

When I got involved, the mayor [said], tell Sidney to put his money where his mouth is. For me, it was a challenge.

If I’m going to put my money up, I’m going to make sure I have something that really works. That’s how I created the app. So that was the first cost.

And then the mayor [said], we don’t have a way to fund the policing. We have to work on raising taxes.

I said, no, we don’t. I’ll fund it if you let me implement this app. I’ll buy the cars — the Polarises and the Smart cars. But I need your police officers because they have arresting power, and they can carry a gun. But I want them to work on a detail separate and apart from the regular police work that they do. It’s regular police work that they’re doing, but it’s like Uber-style policing.

The reason I did it is because the French Quarter, with developing condos and the trash business, and the city have been so good to me. When I look at what I’ve done in business and how it’s been good to me from a financial point, I believe that giving back to that half a million dollar number — and that wasn’t my plan at the beginning ­— but I look at it as part 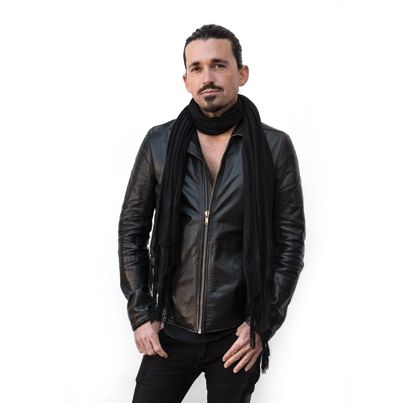 Biz: There has been talk of favorable poll results for you in a possible run for mayor this fall. Where do you stand on entering the race?

Torres: I’m really honored to be at the top of the list, and the polls show that.

It’s a big commitment. I think it’s something I really won’t decide, probably, until minutes — minutes — before the door closes for qualifying. The reason I say that is because I don’t have to raise the money. I’m not going to ask for money from anyone if I decide to do it and want to go forward with it. I’ve really got to have that burning desire in my soul, just like the garbage contract or the crime issue in the French Quarter — I don’t just dive in: I jump in with everything I’ve got to live it, breathe it.

So for me, it’s a major, major decision. It’s a life-changing decision.

Do I think I can do it? I know I can do it. But it’s a matter of having that burning desire inside to say for four years you’re going to have to live and breathe this. This is everything that you’re going to do. Are you ready for that? That’s the decision that has to come as we get closer and I see who steps up.

Biz: What does the next mayor of New Orleans need to do to be considered a success?

I hope someone steps up and is willing to do that, and I can work with them as a community leader. But if it doesn’t happen, that’s going to be one of the things that really pushes me over the edge to do it.

Right now, I’m laying out all of my ideas of what I think needs to happen: from the school systems, from setting up clinics for addicts who are struggling with drugs and alcohol, to figuring out what kind of programs work in other areas that would work here, giving better opportunities. New Orleans has (an average income of) $37,000 per household. It’s ridiculous. How can you live off of $37,000 for household income?

We can arrest all we want, but if we don’t fix these things, they’re just going to continue. We’re not taking care of the majority of the people that live in the city of New Orleans. That’s a problem.

So I’m laying out a plan about the roads, the schools, the crime, and all of the things that I think need to be dealt with immediately.

What TV do you watch?
CNBC

Who do you look up to?
God

Best advice ever received?
Take a little quiet time for yourself each day

Any tips for entrepreneurs/start-ups?
Find something you’re passionate about.

The four-episode, hour-long reality show features Torres helping distressed developers with cash and expertise in exchange for a piece of the property and a percentage of potential profits.

The show, conceived by Jim Ackerman, CNBC’s senior vice president of primetime alternative programming, will cover properties ranging from family homes to multi-unit developments, and how “lives and fortunes can change with just one deal.”

Torres uses his expertise to help people get involved in real estate who can’t get regular financing from a bank because they don’t have the track record or the financial statements to make a loan.

The first season was entirely filmed in New Orleans. Torres has already signed an extension for a second season that will take the show to Miami.

“The reason that I like the show and think it’s going to be a really big hit is because people will really learn what it’s like to get into the real estate business,” he said. “And it also teaches people how to take that first step. You don’t have to have a bunch of money to buy your first investment property. It’s all in how you do your homework that helps you get into it.”

Go beyond the magazine with this Biz New Orleans exclusive video here.