NEW ORLEANS – Even amid the COVID-19 pandemic, the New Orleans tech industry seems to be attracting plenty of investors.

This week, there is news about an even more high-profile acquisition.

Shutterstock Inc. – an online global marketplace for images – has announced that it will acquire New Orleans-based 3D image marketplace TurboSquid Inc. in a deal worth $75 million. A public company, Shutterstock is valued at $2.7 billion.

Founded in 2000, TurboSquid is a leading source for stock 3D models. Its customers include companies from a wide range of industries including film and television, retail, gaming, news media, advertising, architecture and defense. Shutterstock said the transaction, targeted to close next month, will make it the world’s largest 3D marketplace.

TurboSquid co-founder and CEO Matt Wisdom, who has helped guide the company through the dot com crash, Hurricane Katrina, the 2008 recession and other challenges, said the time was right for this deal to take place. Paradoxically, it comes during another period of economic upheaval – in this case created by COVID-19. 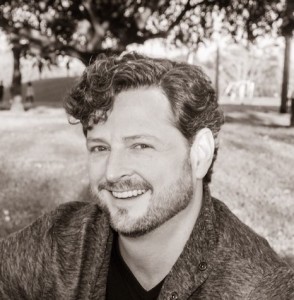 “The pandemic is really dividing people,” he said. “[Despite many facing economic uncertainty], investors have been looking for great ways to spend money and it’s created an incredible environment for mergers and acquisitions. So we decided to really consider what the future of the company should be – and we found an incredible partner in Shutterstock.”

Wisdom and his brother Andy founded the company when they realized the 3D models they were creating for individual projects and clients could be used more than once. At the time, no one had thought to create a marketplace for existing designs. Two decades later, roughly 70,000 designers have posted 3D animations for sale on the Turbosquid platform for prices ranging from $20 up to several hundred dollars.

Now, Shutterstock is the latest tech company to bet that 3D will be the way of the future.

“3D is getting easier to use,” said Wisdom, who says day-to-day work life will stay the same for him and his approximately 50 New Orleans-based employees after the sale is complete. “People use it now in video games but there’s so much we can do to enhance it and integrate it in people’s lives. Everybody understands a photograph but not 3D; I want to change that.”

One inspired use of the technology, he said, is when retailers like IKEA show customers a virtual 3D image of furniture in their own spaces.

“Your phone will place a chair in your actual room and you can move your phone camera around and it will look as real as any other piece of furniture,” said Wisdom. “I’ve used it to purchase a dining table and I was able to confirm my knees would fit under the table and all the other details – it was amazing.”

The next step in the 3D evolution, said Wisdom, is for consumers to use glasses and other hardware to view 3D animations in a real-world setting instead of just on a screen.

“All the tech companies are betting on the next five years and investing huge amounts in virtual reality,” he said. “It will be projected on your glasses or some other hardware and you’ll be able to walk around in it. It’s the future … and people are going to be gobsmacked when they see what this world will be like.”