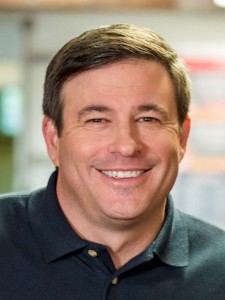 The webcast will be broadcast at 11 a.m. Wednesday, Sept. 8. Registration is free.

Graves has grown his restaurant chain to 500-plus locations globally. He has been honored with numerous industry awards and accolades. He was named one of the Top 100 CEOs in the U.S. by Glassdoor, and Ernst & Young named him Entrepreneur of the Year. Raising Cane’s also earned the SCORE Award for Outstanding Socially Progressive Business because it gives more than 25% of its profits to charitable causes.

Graves is also the host of the new docuseries “Restaurant Recovery” on Discovery+. On the show, he helps restaurateurs across the country overcome the struggles of operating during a pandemic. He has also made appearances on FOX’s “Secret Millionaire,” Animal Planet’s “Treehouse Masters,” and the Food Network’s “Food Court Wars.”

The 21st Century Business Forum debuted in 2021, featuring a lineup of successful executives, experts and global thought leaders. It airs on the second Wednesday of each month, interviewing guests in a Q&A format.

Shopping Center Near Lakeside Gets a New Name