And His Basic Downtown Aesthetic Style

Sean Cummings is a dynamic young real estate entrepreneur making his mark on the landscape of New Orleans. Usually casually dressed, he considers his style a basic downtown aesthetic.

“It’s simple, authentic and timeless,” he says. “When I was a kid, I dreamed of one day running a company where no one in the boardroom wore a tie. Along the way, it seems that suits got clipped, too. People are more creative in a casual vibe and that’s what we have at ekistics. Plus, important work is rarely done when you’re looking or feeling important.”

Make no mistake – Sean is important. As founder and CEO of ekistics, a design-centric real estate business in New Orleans, he has raised the bar when it comes to design excellence.

“We’ve created beautiful buildings and spaces that celebrate New Orleans,” he says. “Our entire team is ever-mindful of history and they are also very much about today in a forward-looking way. International House, Crescent Park and the Rice Mill Lofts are maybe the best examples of our projects.”

Today, he is in the midst of embarking on his largest project to date – Via Latrobe, or the Bywater Collective. It is situated next to New Orleans Center For Creative Arts (NOCCA), the gateway to Bywater.

“It covers two city blocks,” he says with pride. “There will be nine different buildings of various heights, sizes, materials and uses, including residential lofts, artists’ studios, coffee shops, courtyards and a farm. It will have an incredible mix of street art and indigenous landscaping. While all of our projects are about beautiful design infused with meaning and a ton of New Orleans culture, this one’s going to be the purest expression of all those things.”

The project will also feature a new internal street called Via Latrobe, named in honor of Benjamin Latrobe, America’s first architect. Latrobe designed the U.S. Capitol and other iconic American buildings, including a few in New Orleans, and he loved this city. He spent his last 15 years here and died next to the Mississippi River, surrounded by oleander, pomegranate and citrus trees.

“Not many people know his story – he was one of us and an unreal talent,” Sean adds.

Sean fits right in with the Bywater, one of the new hip areas of New Orleans. Although he lives in a picture-perfect 1840 mansion on Esplanade Avenue in the French Quarter that he bought from the actor Nicolas Cage in 2004, he also keeps an apartment in the Rice Mill Lofts, where he likes the special vibe of being able to see the Mississippi River and share the energy of the handsome new apartments that were carved out of an historic building.

“I believe the people who live in the Rice Mill Lofts were drawn to the site by the creative energy they feel living with so many other talented professionals, artists and musicians who have kept the building filled since it opened,” he says. 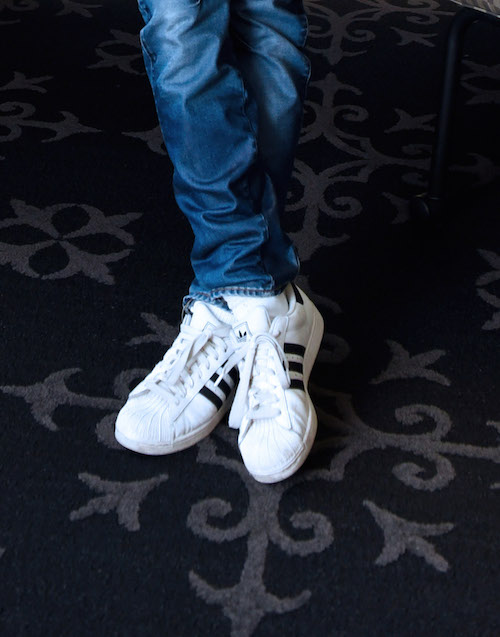 A native of New Orleans, Sean has a real love for his hometown. “I love that our city is a gritty bohemian port town with a joyful culture and colorful characters unlike any other place in the nation,” he says. After graduating from Brown University in 1987 with a degree in urban studies, he returned home to stay.

His casual style of dress fits right in with New Orleans, where individuality is encouraged.

“Most days I wear classic Adidas and layers of James Perse T-shirts in black or white,” adding, “Well, I do wear blue on Mondays.”

Sean says he fits right in with other creative professionals.

“Like chefs and movie directors, real estate developers work with all sorts of creative people and most of them consider the way I dress pretty normal,” he says. “I’ve always chosen style over fashion. Style is enduring, timeless and meaningful, while fashion is of the moment and chic for the sake of chic. I love simple products made exceptionally well by passionate people who care way more than normal people do.

“Like anything in life, hopefully you learn more about who you are, why you are, and who and what you love and like as you get older,” he adds. “I’ve refined my style over the years, but I’ve gravitated to simple, genuine, high quality classic things.” A case in point: he drives a 19-year-old white Porsche 911 that’s elegant rather than flashy. “It’s one of the two most beautiful cars ever made and the last of the air-cooled engines.”

“There is a lot about my life that’s not so clear, but I have an aesthetic that is clear to me — from the car I drive and the motorcycle I ride, to the clothes I wear and the buildings I design. I love beautiful design and I’m really lucky that it’s both my vocation and occupation. It’s important to me on a lot of levels. The great graphic designer Paul Rand said it well: ‘Without a meaningful aesthetic, design is either a humdrum repetition of clichés or a wild scramble for novelty.”