The McFadden Cabin, originally built in the 1920s, was gifted to the Girl Scouts in 1931 by its architect, William McFadden. Today, it’s the center of a revitalization project that aims to teach Girl Scouts and other young women in affiliated programs how to undertake home care and construction projects from painting doors to reading blueprints.

It took several groups coming together to bring the McFadden project to fruition, including the Home Builders Association of Greater New Orleans (HBAGNO), the National Association of Home Builders’ Professional Women in Building (NAHB) and the Girl Scouts of America. Kirk Williamson, a board member of HBA, said that despite the number of people involved, it came together almost seamlessly.

“It kind of happened all at one time,” said Williamson. “We were talking about trying to encourage more diversity, getting more women involved in the construction trade. The next day, I was at the Girl Scout luncheon with my friend Betsy Stoner and she mentioned ‘Oh, we really need more STEM activities,’ and it just went off like a lightbulb — well, that’s it.”

Stoner, a member of the Board of Directors of Girl Scouts Louisiana East who sits on the Properties Committee, agreed that this was the solution they both sought.

“When Mr. Bestoff began the process of expanding his sculpture garden, we realized that the cabin was a part of his vision to beautify and extend his sculpture garden. I was lucky enough to have a friend and community member in Kirk, and when I expressed to him my desire and vision for this, he said ‘You know, we can make it happen,’” she said, speaking on the site as work continued on the McFadden cabin, surrounded by Girl Scouts in pink construction helmets.

Jill Pollard, the Chief Development Officer for Program and Properties with Girl Scouts Louisiana East, said that working with HBA and Professional Women in Building was exactly the kind of opportunity she wanted to seek out for the girls now and in the future.

“We’re making sure that all girls of all diversities and races have the opportunity to grow all kinds of skills and develop their leadership. How often is it that a young girl gets to work with and learn from a contractor?”

Elise Chambers, 11, has been a member of the Girl Scouts since she was in kindergarten. She arrived at the cabin on Sept. 22 with her mother, prepared to work.

“I’m excited to get in and use my hands,” she said. “Well, excited and a little nervous.” She had her pink hard hat on and was ready to start. “I think the best parts of Girls Scouts are the teamwork and the friends you make. And this project is cool because it’s like we work together to learn to do it and to get the job done.”

Williamson knows that for these girls, teaching them how to get that job done is important.

“At the end of the day, what we’re really trying to do and show here is that you don’t need a dad or boyfriend or husband to paint a room, fix a lightbulb, repair drywall,” Williamson said. “We want to encourage girls to learn these skills confidently so they can use them throughout their lives.”

He points to the plans for the next stage of development in the cabin, an ongoing process corresponding to the development of the extension of the Besthoff sculpture garden with the New Orleans Museum of Art.

“Next stage of this, hopefully sometime next year, is to try to get an architect to design a set of blueprints for a dog house, for picnic benches, for things we need around the cabin so the girls can learn how to read blueprints and build from that,” he said. “We really want to help them take the next steps into construction, engineering and architecture.” 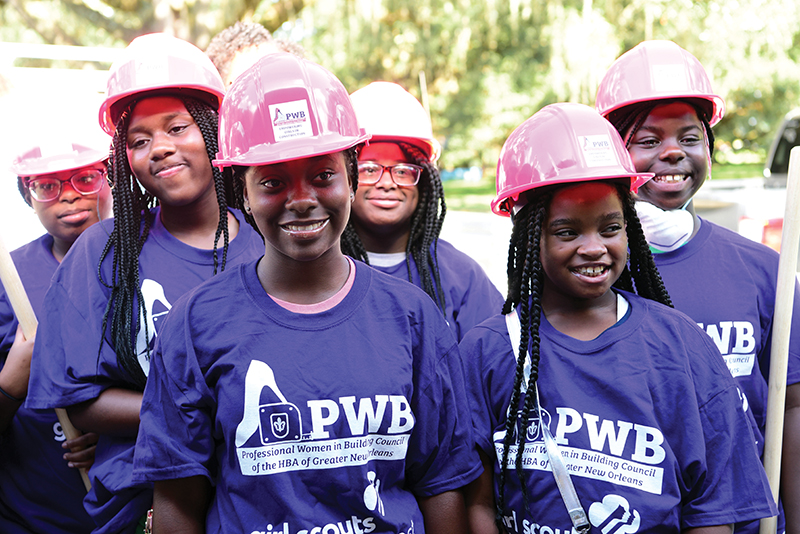 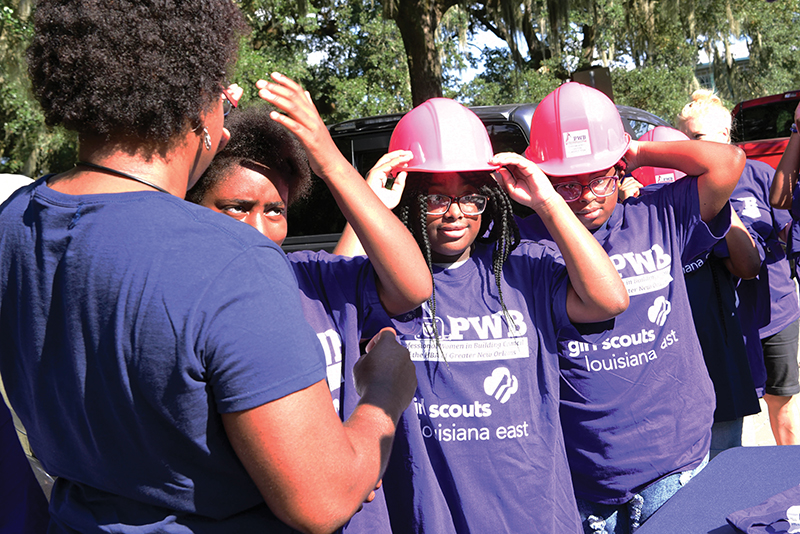 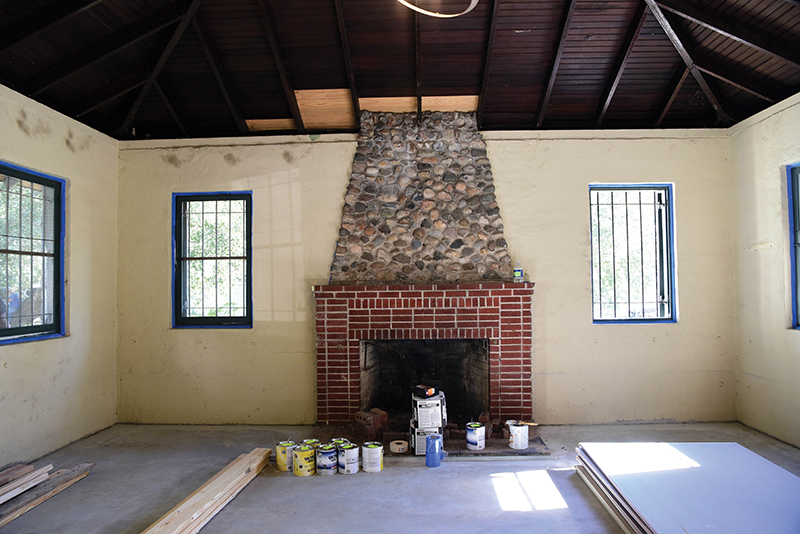 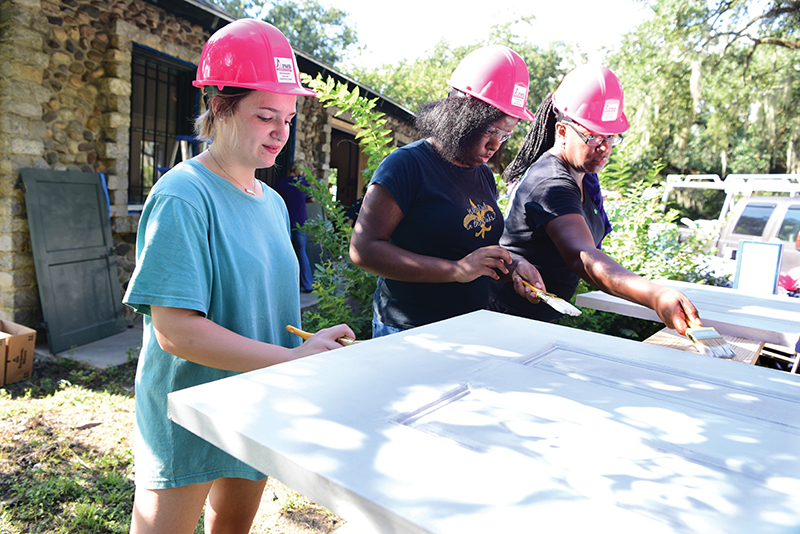 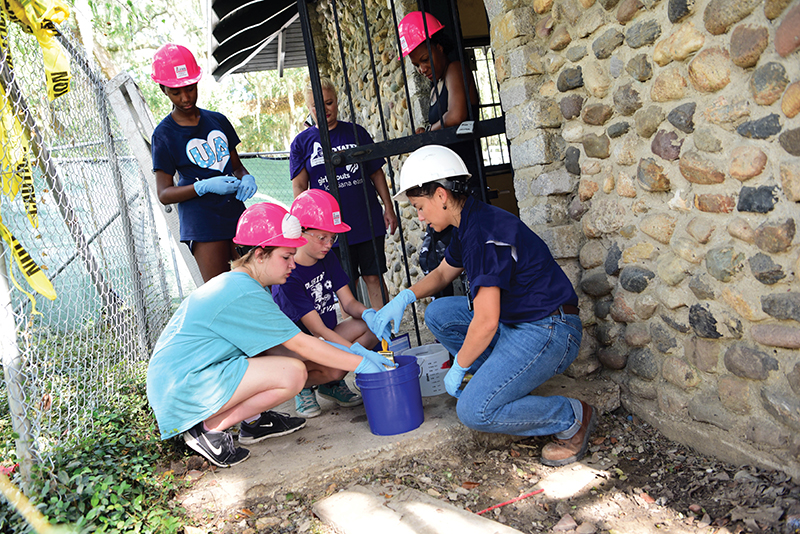 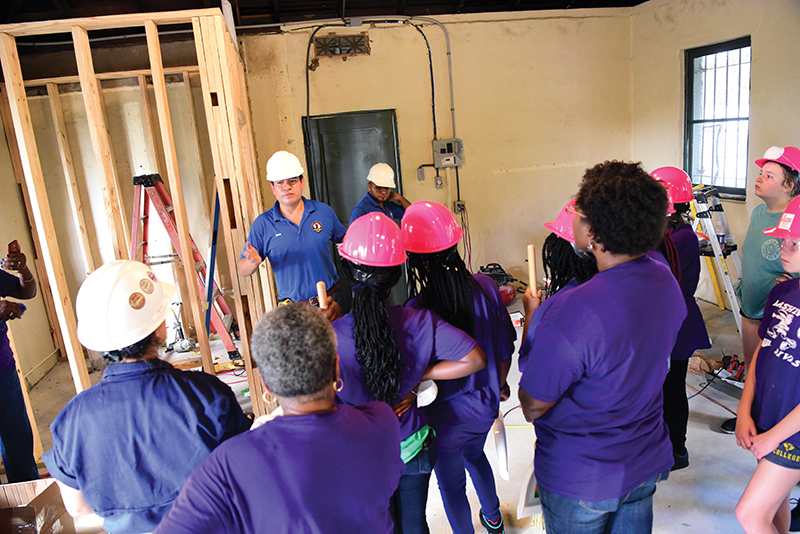 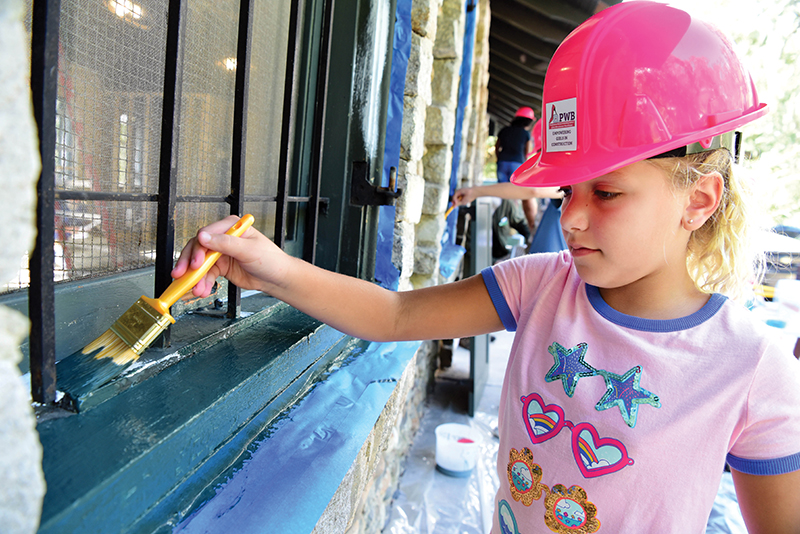 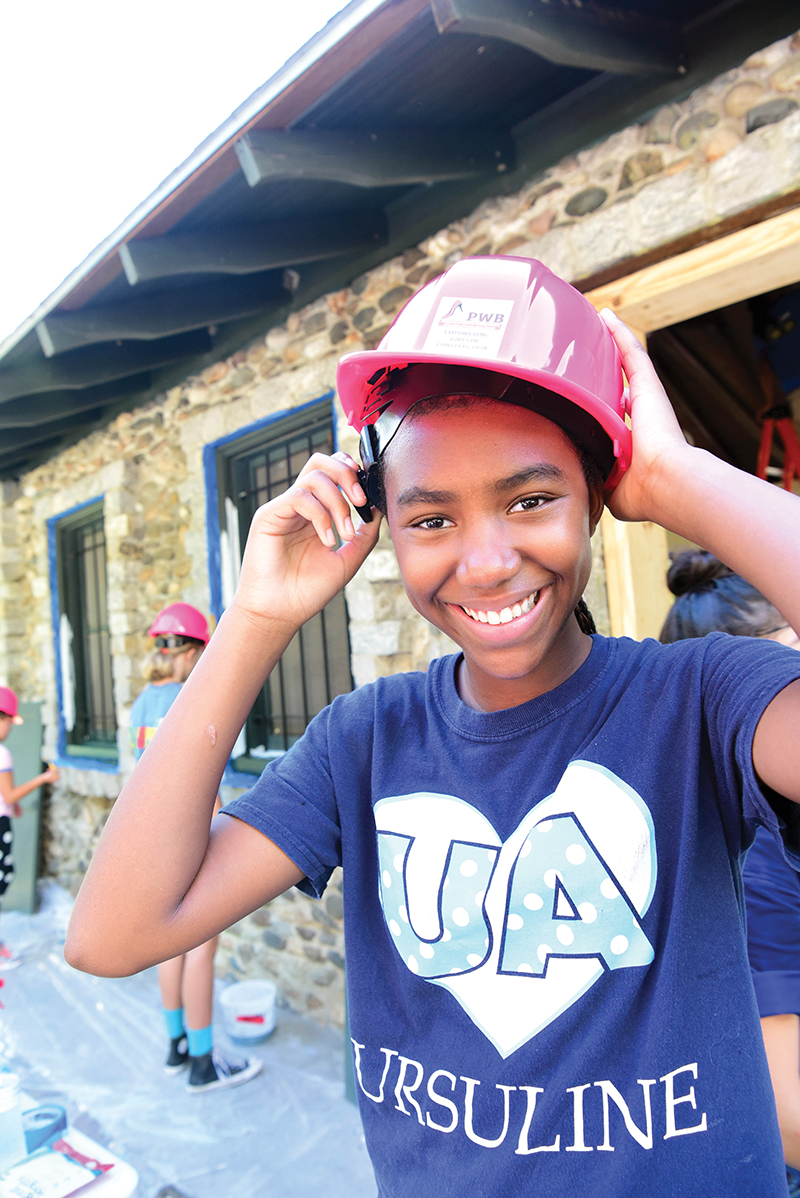 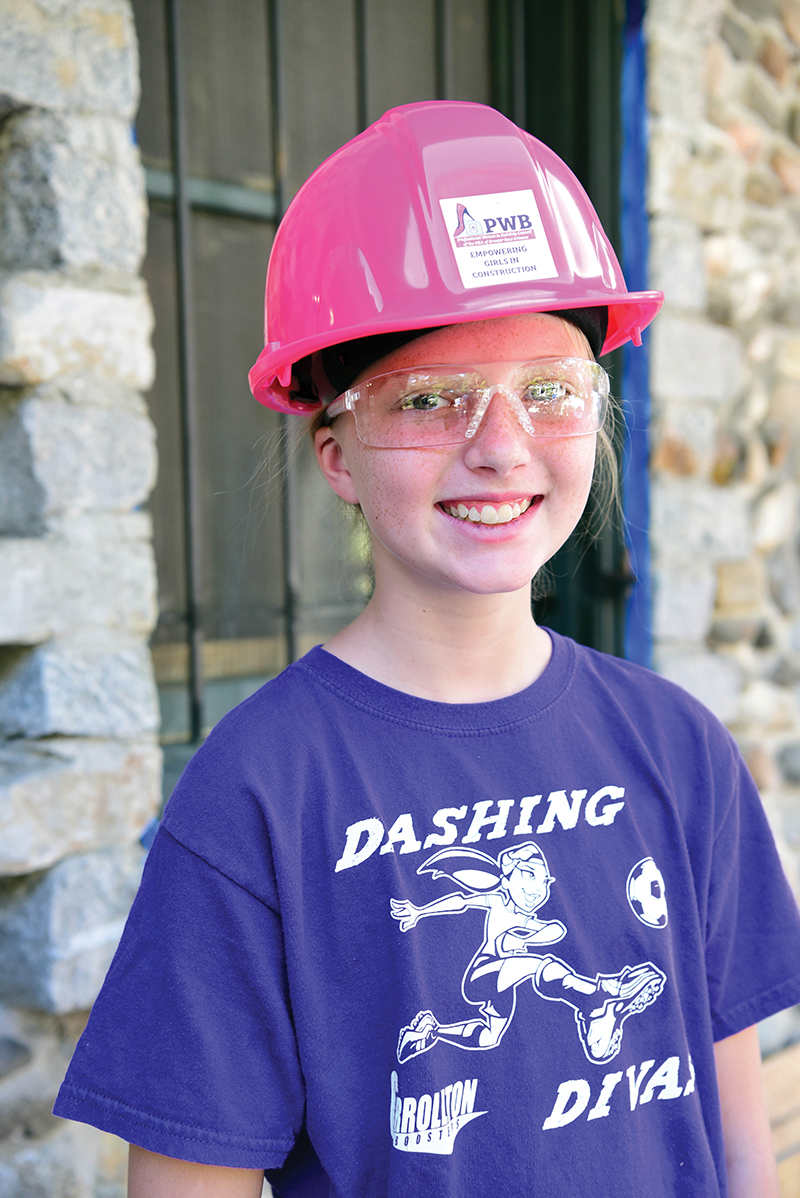