Louisiana rice has taken on a whole different role thanks to two New Orleans entrepreneurs. 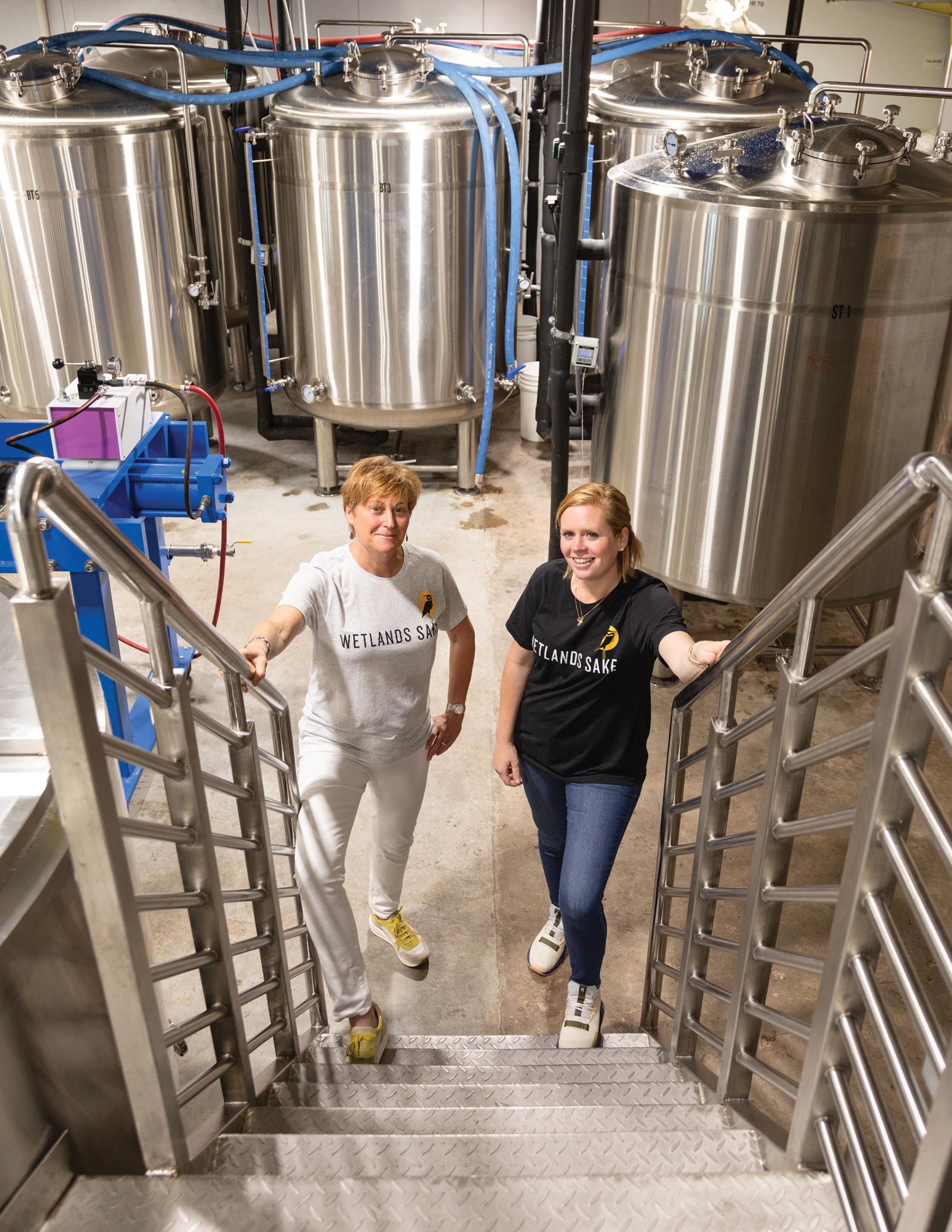 Wetlands Sake owners (left to right) Nan Wallis and Lindsey Brower brew up unique canned sake using Louisiana short grain rice at their distillery in the Lower Garden District. A taproom is scheduled to open to the public soon

RICE — BY THE NUMBERS
Louisiana is the third-largest rice-producing state.
More than 425,000 acres of rice were planted on 823 farms in 2019.
Rice production contributes more than $308 million to the state economy.

This spring, New Orleans natives Nan Wallis and Lindsey Brower launched Wetlands Sake, the first woman-owned brewery of its kind nestled in a historic warehouse in the Lower Garden District, a venture that takes Louisiana rice off the dinner plate and way beyond red beans and etouffee.

“Our shared love of sake was the main inspiration,” Brower said. “In our travels we both noticed sake consumption starting to trend up in cities around the United States. It was appearing on more and more restaurant and bar menus, and it was just more visible than it had ever been before. Also, the fact that Louisiana is the third-largest rice-growing state in the USA was a huge part of why we started Wetlands; we weren’t going to do it if we couldn’t use Louisiana rice.”

Wallis brings her entrepreneurial know-how working in the healthcare industry to the venture, while Brower’s portfolio of hospitality management, front of house and fine dining marketing adds to the company’s experience, dedication to community and knowledge of New Orleans palates.

And what do New Orleanians and their palates love? Knocking back a brew or two, and trying the latest locally made creations. Microbreweries in New Orleans have become neighborhood staples — currently there are 16 — each with its own unique spin, from Zony Mash’s outdoor food and fun beer experience to the newly transformed Faubourg Brewery to Broad Street Cider and Mead keying in on cooking up apple and honey-based brews. Wetlands Sake adds to the mix with its unique blends of traditional and fruit-infused sakes.

“We are thrilled to say that sales so far have been robust,” Wallis said. “We have had repeated reorders for all of our sakes ,and more and more bars and restaurants are serving our products. Unfortunately, we are not able to sell our products online yet, nor are we able to ship our products. Liquor laws are very strict when it comes to a producer selling its products retail or shipping them across state lines.”

Wetlands Sake produces two variations on a theme, traditional sake, available in filtered and unfiltered, and new, on-trend sparkling sake, available in Blood Orange and Passionfruit. All are currently available for purchase at most major local grocery and liquor stores, as well as in Baton Rouge, on the Northshore, and soon in Thibodeaux, Houma and Lafayette.

Sake brewing in the United States is booming, having taken off as early as 2015 in some areas, as consumer interest grew in novel brews and fermented products including hard kombuchas and ciders. Wetlands Sake joins a group of only 20 sake breweries in the U.S., although the number is growing, according to a recent tally by the nonprofit Sake Brewers Association of North America.

“We were not really surprised that there were no other sake breweries in the state of Louisiana and that we are the first brewery because it is only recently that a handful of sake breweries have started popping up around the country,” Brower said. “Also, even though Louisiana grows a lot of rice, almost all rice grown in the state is long grain rice and sake is typically made with short grain rice. Each season, we are having to grow the short grain rice we use to produce Wetlands Sake. This adds another whole layer of complexity to opening a brewery, and I’m not sure too many people would be willing to take that on. From the beginning, Lindsey and I had decided that we would only open our brewery if we could use Louisiana rice, so it became part of our mission.”

While the number of breweries is small, sales and demand for U.S. sake consumption is high; a 2019 Fortune Business Insight report stated, “the sake market was valued at US $7.35 billion in 2018 and projected to reach US $10.47 billion by 2026.” Sake and specialty brews appeal to a wide age range of consumers, from younger imbibers looking for a new trend, to older drinkers who appreciate a quality product and aren’t put off by a higher price point as compared to traditional large beer or wine labels.

In addition to providing a high quality, small batch product, the duo has pledged to support their home state, and its lush natural resources, by donating 2% of profits from the brewery to wetlands conservation through Save America’s Wetlands. Their eye on sustainable practices and packaging is carried through in the presentation of their sakes in individual, recyclable 8- and 12-ounce cans.

“Growing up in Louisiana, Lindsey and I have been fortunate enough to be surrounded by the beauty, benefits and protections that wetlands provide to both people and wildlife,” Wallis said about the company’s decision to give back. “In the process of learning about growing rice in Louisiana, we learned even more about the importance of wetlands and wetlands conservation. Using cans for packaging our product was an obvious decision from a conservation perspective: cans are more eco-friendly for the environment and they are more easily and readily recycled than any other beverage packaging material. From a business standpoint it made sense as well, because cans work great for extending the shelf life of sake; they seal in the freshness and they keep light from hitting the sake which is one element that is most harmful in maintaining the long-term quality.”

A Wetlands Sake taproom is currently under construction and is scheduled to open later this summer, featuring views of the brewery and a large outdoor seating area, according to Wallis.

“We think the taproom will be an exciting new venue and experience for New Orleans,” she said. “People will be able to come and try different sakes that we will be making in the brewery and that will rotate regularly. The sakes served in the taproom will be different from our canned sakes that you see on store shelves. We are really looking forward to welcoming people and sharing our love of sake with them.”

Craft Brewing at a Glance
Fewer than 6 million barrels of craft brews are produced every year, yet the industry contributed $82.9 billion to the U.S. economy in 2019 and provided more than 580,000 total jobs.

The majority of Americans live within 10 miles of a craft brewer.
Source: Brewers Association 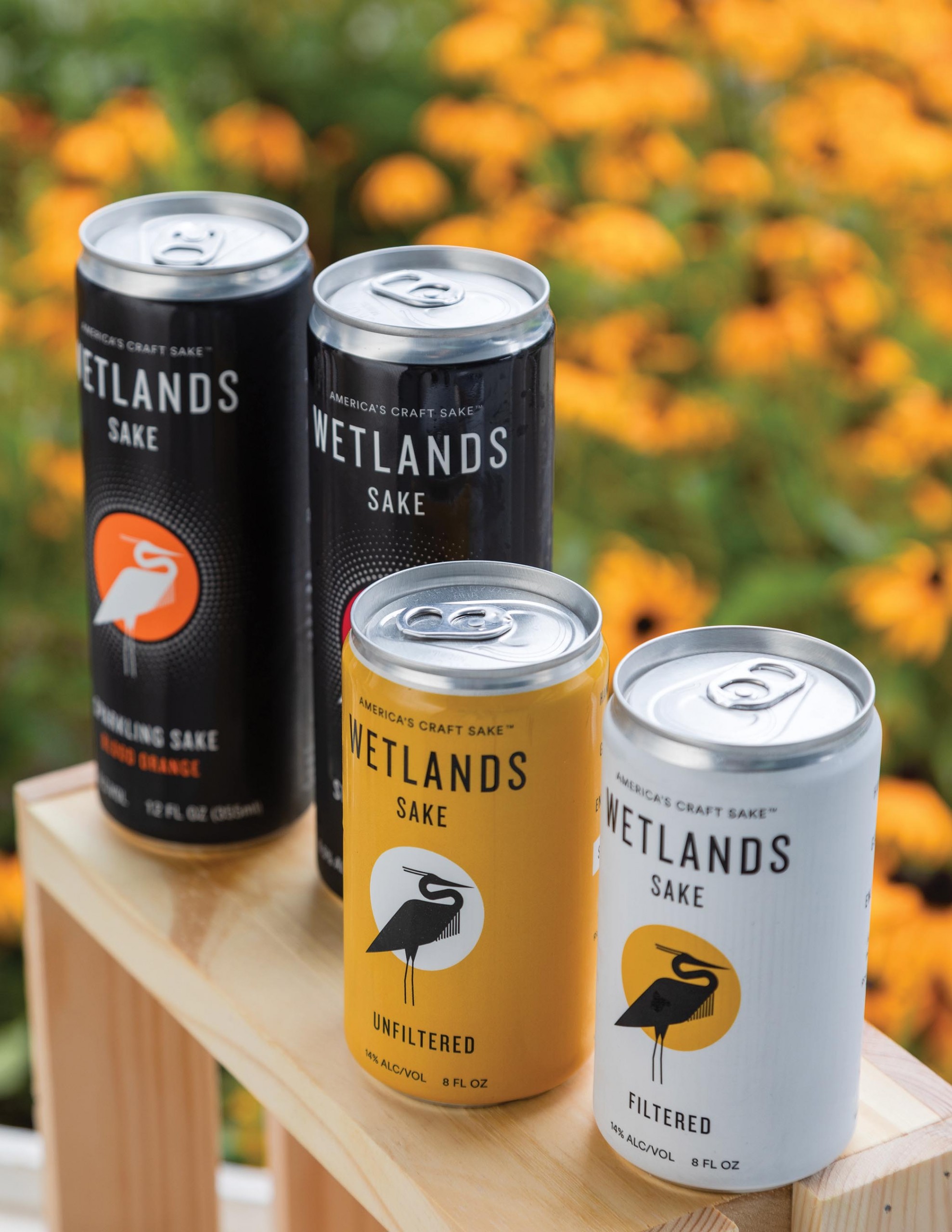 Four varieties of Wetlands Sake are currently available: traditional filtered and unfiltered sake, along with sparkling blood orange and passionfruit.

The sake and brewing communities, both locally and nationally, have been nothing but welcoming and helpful to us as we built and launched our brewery. People seem excited about us being based in New Orleans and making quality sakes with Louisiana rice. To date it has been a really positive experience.”
Nan Wallis, co-owner, Wetlands Sake