Running Toward a Better Future

While she was never a competitive runner in her youth, Denali Lander has attended many Crescent City Classics as the executive director of a program that is helping children and young adults build health, self-esteem and a sense of camaraderie by running together.

“Youth Run NOLA was founded in the winter of 2010 as a grassroots, after-school running club by a group of teachers in St. Bernard Parish,” says Denali Lander, executive director of Youth Run NOLA. “The program began as a project of the Young Leadership Council and that spring, 46 middle and high school kids crossed the finish line at the Crescent City Classic.”

Since then, the organization has expanded with the help of teacher-coaches. In the last five years they have expanded from three schools to 20.

“In 2012, Youth Run NOLA expanded to be an independent, non-profit organization,” Lander says. “The founding team of teachers believed in the accessibility of running to address the stagnant lifestyles of our students.”

Since its founding, Youth Run NOLA has served more than 400 students at 20 school sites. Participants have run more than 10,000 miles in the last five years and volunteers have gifted more than 15,000 hours to help the program grow. Youth Run empowers underserved youth with an intensive eight-month guided training program that includes twice weekly practices and monthly events overseen by the program’s teacher-coaches and volunteer running buddies.

Their program combats the obstacles facing New Orleans’ youth, (many of whom cope with unsafe, unhealthy and unsupportive circumstances) with positive, structured after-school engagement. The program works, and Lander has seen its success first hand.

“I brought a student of mine named Keshonda, to the first Youth Run practice because she was increasingly disengaged in my classroom and had already been expelled once,” Lander says. “Four years later, she’d completed four seasons of Youth Run NOLA and graduated high school, and we are still close today. Youth Run NOLA addresses a lack of health education and positive relationships through the activity of running and helping youth choose healthier options for life.” 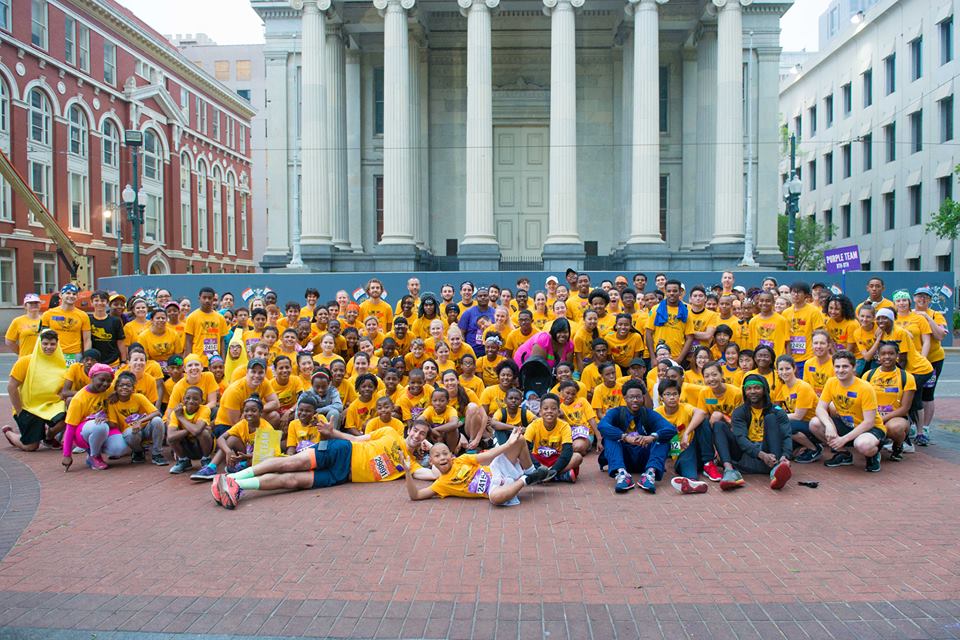 As healthy foods in schools become a more popular topic in the national conversation and Mrs. Obama’s “Let’s Move” initiative gains traction in many urban environments, Lander’s program is growing and receiving much positive attention, and understandably so. However, running a business or organization centered on health and exercise is not without its challenges in a city that loves its comfort food.

“We are committed to lifestyle change, and this can be hard,” Lander says. “We want to help kids develop healthy habits for life and help them develop into leaders of their own communities. Kids are absolutely the agents of change here, and we feel optimistic about the future of this city and its health. Lifestyle change, however, is hard. We need to work with families and kids consistently, year after year, to catalyze long-term impact. Transportation for our families is also a challenge, and we can only send buses around the city to gather up kids for a race once a month given our resources.”

As for her staff, Lander says they are a small but mighty team.

“We have one full time executive director, a full-time Americorps VISTA member, and two part-time program staff members through the Up2Us Coach Across America. Our office is at the Propeller Social Incubator space in Broadmoor. Although they’re not on the payroll, our 45 teacher-coach volunteers are really running this program – working tirelessly after long days in the classroom with their kids at practices and races throughout the year. From day one, this organization has been dependent on hundreds of incredibly generous and enthusiastic volunteers.”

Youth Run NOLA has been so encouraged by the positive results of their program, that their future plans are firmly in place and they are making strides to reach their goals every day.

“By December 2017, we aim to have Youth Run NOLA supporting over 500 youth participants and engaging participants in an outcome-measured, yearly running and leadership-development curriculum,” Lander says. “Youth participants will be advocates for health in their communities and play a significant role in programmatic execution and administration of the organization. We also aim to have doubled our programming to include 40 schools and 10 community sites in our region.

“Ten years down the road, we aim to have the organization be a primary provider of physical and mental wellness year-round programming in all public schools, several regional community centers, and neighborhood parks. We see ourselves moving beyond the greater New Orleans region and helping kids across the South use running to develop healthier and happier lives.”

For more information on Youth Run NOLA, visit their website.