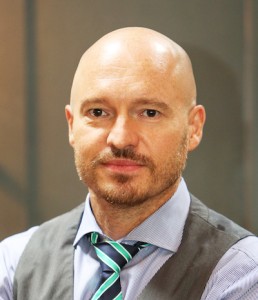 With the acquisition of the Whitney Hotel, located at 610 Poydras Street in the Central Business District, Thompson said he has established “gateways” to the French Quarter from two sides.

“It is a privilege to honor the legacy of the Whitney Hotel by preserving its history while reimagining its future,” said Thompson in a press release. “We’re going to bring new energy to this legendary property, reimagining experiences. This means opening the first on-site restaurant in the property’s history – a vegetable-forward, Southern restaurant – as well as a thoughtful cocktail bar that transitions from afternoon happy hour to late-night last calls.”

The Whitney Hotel building was originally constructed as a bank. Now registered as a National Historic Landmark, the former Whitney Wyndham has 93 guest rooms, 24 suites and 30-foot lobby ceilings. Jaeger bought it from developer Paul Flower in 2014 for $10.4 million. Angevin & Co. will work with design partners FAM Design to make “top-to-bottom” renovations and updates.

“When Robert articulated his vision for the Whitney, I knew the property would be in great hands,” said Jaeger, who has sold several of his New Orleans hotels since the start of the pandemic. “Robert is looking at both the Whitney, and the city, with fresh eyes, and the ideas he’s bringing to the forefront will have a positive and lasting impact on the hospitality and tourism industry in New Orleans.”

GBX specializes in preserving and operating historic real estate in urban markets. The Whitney Hotel is anticipated to re-open to guests in early 2023. Tyler Robinson at Urban Properties represented Angevin & Co. on the transaction.