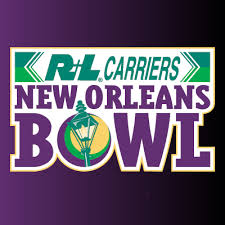 “Both conferences offices and participating universities have played a pivotal role in the growth and success of the bowl and its surrounding events,” said R+L Carriers Bowl Executive Director Billy Ferrante. “We look forward to continuing what has been a fantastic partnership for many years.”

“The R+L Carriers New Orleans Bowl has been a valued partner of Conference USA for many years and we are very pleased to continue this great relationship in upcoming seasons,” said C-USA Commissioner Judy MacLeod. “New Orleans is a destination city and the bowl does a great job of giving our schools and their fans a memorable postseason experience.”

Louisiana Casinos to Lay Off Nearly 1,150 Workers in August