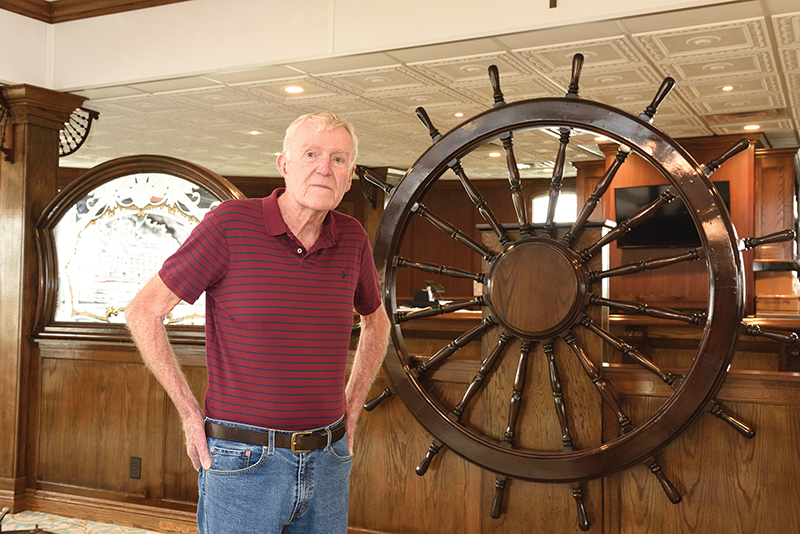 Captain William “Bill” Wilson has seen his share of riverboats. He would have had to, considering he began his career with the New Orleans Steamboat Company in 1978 as the captain of the Cotton Blossom. In the following decades, Captain Wilson served as the captain of the Riverboat President, Vice President and General Manager of the company and finally as the Marine Operations Manager. In this vital role, the captain assumed oversight of a new jewel in the New Orleans Steamboat Company’s crown: the newly renovated perfect complement to the NATCHEZ, the Riverboat CITY of NEW ORLEANS.

Beauty, function and technology have been brought together under the oversight of dozens of local master craftspeople to form the Riverboat CITY of NEW ORLEANS from the initial shell of the Rock Island Casino boat. The new riverboat, which will provide harbor and dinner cruises as well as private parties and large charters, has been refitted stem to stern to provide a unique and contemporary event space that truly captures the beauty of being on the waters of the Mississippi.

Captain Wilson indeed lives the mission of the New Orleans Steamboat Company where we re-create part of our American Heritage every day…the Steamboat Era! In a city where tourism is often dominated by large corporations, this company is family-owned and operated, begun in 1972 by the Dows, pioneers of riverfront development in New Orleans. Looking to the future, the captain is turning his attention to managing a renovation of the historic Steamboat NATCHEZ after 45 continuous years of service.