River Parishes Light up the Mississippi

River Road, the byway in Louisiana that follows the Mississippi as it carves through the fertile soil between Baton Rouge and New Orleans, is speckled with remnants of the Old South. Deftly restored antebellum plantations built along the river span the route, many of which are open for tours.

The view today is considerably different with the additions of the levee system to channel the course of the mighty river and the Bonnet Carré Spillway. In the summer months when heat and humidity can be nearly anesthetizing, a driving excursion through Plantation Country is rewarded with culture, history and refreshing treats along the way.

Summertime is the unofficial “Snowball Season” as the South doesn’t abide by nature’s four-season stipulation. In the River Parishes, in addition to hunting, Mardi Gras, Lenten, and Crawfish Season (to name a few), visitors and locals rejoice over the multitude of locally owned snowball stands.

As with many regional treats, almost all locals have a favorite for one reason or another. But, for the weekend traveler, almost any will do. Snowballs are distinct in that they feature shaved – not crushed – ice as the base. Most snowball stands across Louisiana use homemade syrups, so patrons can expect a range of unique flavors from Cajun Red Hot to Praline, or bubble gum. “Add cream” if you’d like your fluffy ice treat topped with sweetened condensed milk.

A stop at the Laura Plantation, built around the “Plantation Memoirs” of Laura Lacoul, a young Creole girl who grew up on the plantation, allows visitors a tour focusing on the women, children and slaves who kept the sugar plantation running.  Tours run until 4 p.m., promising a first-person account, estate records and original artifacts. Narratives pulled from Laura’s diary and artifacts from the slave quarters provide intimate details about family fights, plantation life, and the agony of slavery.

A three-mile drive west brings visitors to Oak Alley Plantation, a French-Creole plantation showcasing one of the remarkable examples of Greek Revival Architecture. After a full day of touring, marvel at the quarter-mile avenue of 28 giant, live oaks leading up to the namesake house. Oak Alley is known for their mint juleps, which can also be made “virgin” for the younger visitors.

The restaurant at Oak Alley Plantation is housed in a 19th century cottage on the ground, and visitors who are planning to see more of Plantation Country for a full weekend should take advantage of the plantation’s central location in the heart of New Orleans Plantation Country and make their stay at the bed & breakfast cottages. And, with no need for a driver to get to the cottage, have another drink or two.

In a land so ripe with history and tradition, there are a few summer events that wake the slumbering population to come together to honor important themes in Louisiana culture.

Collective memory suggests that Abraham Lincoln freed the slaves with his signature when the Emancipation Proclamation went into effect on Jan. 1, 1863. For residents of Texas and states like Louisiana and Arkansas, they honor another day, Juneteenth. The holiday is a second Independence Day that celebrates General Gordon Granger’s 1865 affirmation of the law in Texas, where many slave-owners fled with their slaves in tow in defiance of the federal government.  Usually celebrated on the Saturday nearest to June 19 the day of the general’s order, Juneteenth has experienced highs and lows over the decades. In recent history, the largest celebrations have occurred in San Francisco, CA, and Minneapolis, MN. Louisiana is adding a new celebration to the calendar thanks to the new vision of the Whitney Plantation in Wallace, LA.

The Whitney Plantation stands out among the other estates dotting River Road and the Mississippi because, unlike the other attractions, the tour at Whitney is a somber experience. Guests are not led by character actors depicting the daily life around a plantation, but presented with some of the hard truths of the cost – both physical and emotional – of the great sugar plantation on the enslaved people who worked the field and the house. 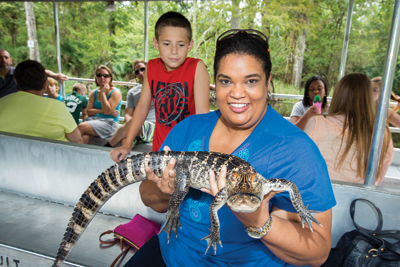 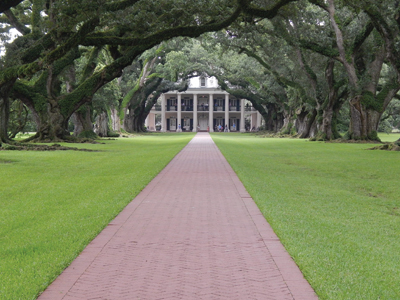 On June 17, 2017, Whitney Plantation will host their first Juneteenth Celebration Festival. The Saturday events will speak to the holiday’s incarnation as both a commemoration of the efforts of General Granger and his troops and a celebration of our commitment to continue to make the right choices to promote freedom for all.

The Whitney Plantation will be a celebratory place the Saturday of Juneteenth with food and craft vendors, musical performances and educational activities. The event lasts from 10 a.m. to 4 p.m. with highlights including performances by local church choirs, a performance by New Orleans-based jazz/gospel vocalist Linda Wright, and the Congo Square Drum Society. In anticipation of Father’s Day, the inaugural event will also feature a father and son (mentor/mentee) barbeque contest during the event.

The Des Allemands community, once proclaimed “Catfish Capital of the Universe” by state legislature, hosts their annual Catfish Festival from June 23 (starting at 5 p.m.) through June 25 (wrapping at 8 p.m.) at St. Gertrude Catholic Church, 17292 Louisiana 631.

A big turnout is expected for this free festival that boasts live music, pay-one-price rides, the crowning of the Catfish Princess and, of course, a lot of food. The community has hosted this event for over 40 years, and attendees can expect to fill up on catfish platters, po-boys and boulettes along with jambalaya, funnel cakes and snowballs. There is a country store and plant booth on-site as well. Festival proceeds benefit St. Gertrude the Great Catholic Church.

Des Allemands literally translates to “of the Germans,” and the German history in this region is celebrated weekly at the German Coast Farmer’s Market. For those who can’t make it out to the Festival (or for those who can’t get enough) the weekly market honors the German tradition of living off the land with a range of fresh vegetables, fruits, flowers and other locally made products.

The music lineup includes The Molly Ringwalds on the June 23, Chee Wheez on June 24 and Ryan Foret & Foret Tradition on June 25. Verify on the event’s website in advance to stay up-to-date on any changes.

The River Parishes light up the Mississippi with annual celebration of the Fourth of July on both the East and the West bank. Annual events hosted in both St. John Parish and St. Charles Parish brings families out en-mass in patriotic celebration.

In St. John Parish, St. Peter’s Church on the East Bank and St. John the Baptist Church on the West Bank offer two views of their annual fireworks display. Both churches will offer food and entertainment on July 3, 2017. The fireworks and music start at 9 p.m. and the event is filmed and broadcast live on the Government Access Channel.

At St. John the Baptist Catholic Church in Edgard, festivities also include raising the U.S. flag and a balloon release along with their annual fundraiser featuring local favorites like jambalaya, chicken wings and sweets. Interviews with Parish Officials, members of the St. John Theatre, Festival Queens, and community leaders will take-place onsite throughout the event.

In St. Charles Parish, the annual celebration on July 3 takes place from 6-9 p.m. The Bucktown Allstars will perform at the event, hosted at West Bank Bridge Park. At the time of press, further details about food and entertainment are pending from Parish representatives.