The following article features comments from our colleague, Mike Steenhoek, the Director of the Soy Transportation Coalition, on the impact of channel closures during the latest Mississippi River flood event.  Traditionally, up to 80 percent of soybeans are shipped from September to February and the Mississippi River stage levels will most likely warrant the earliest ever opening of the Bonnet Carre Spillway over the next few days.  The referenced closure of a five-mile stretch of the Mississippi River near St. Louis ended on Sunday as waters levels dropped although horsepower requirements for tows will remain in effect for sometime.  However, portions of the Illinois River from Hardin IL to Grafton IL remain closed (unless there has been a change in the last few hours).

There is no doubt that the disruption to the soybean crops and other cargoes trying to move will take some time to recover from, but as we have learned from past flood events things could be worse.  If the weather systems had continued as record stage levels were flowing downriver the closures, delays and flood events would have a much more grim impact.

“There’s a real strong move to fulfill our export demand during this time of the year prior to the South American harvest, which traditionally comes online during February, March and April,” said Steenhoek

Also attached you will find a comprehensive River and Reservoir Report from the Corps St. Louis District that demonstrates the latest stage levels on the Mississippi, Illinois, Cuivre, Missouri, Meramec, Ohio, Kaskaskia, and Big Muddy Rivers. 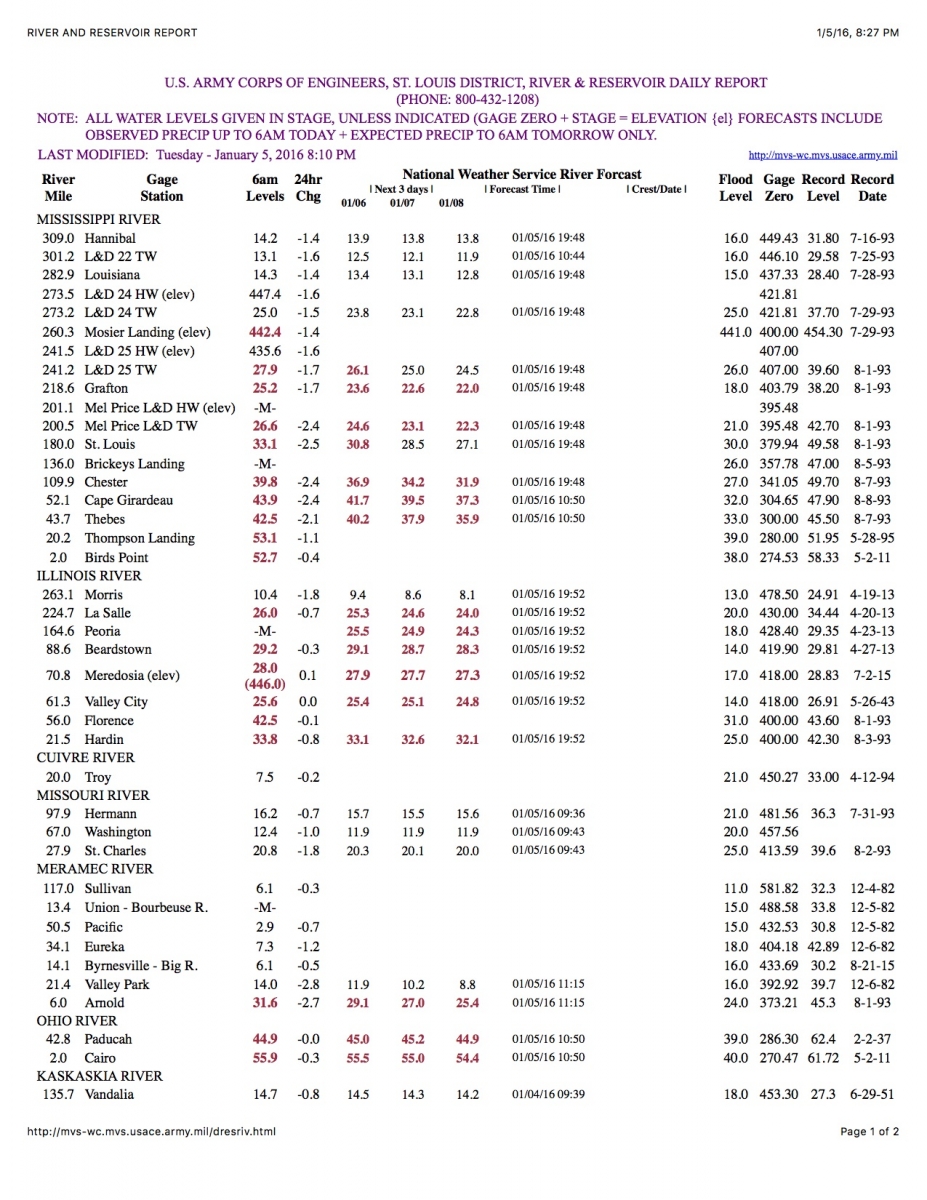 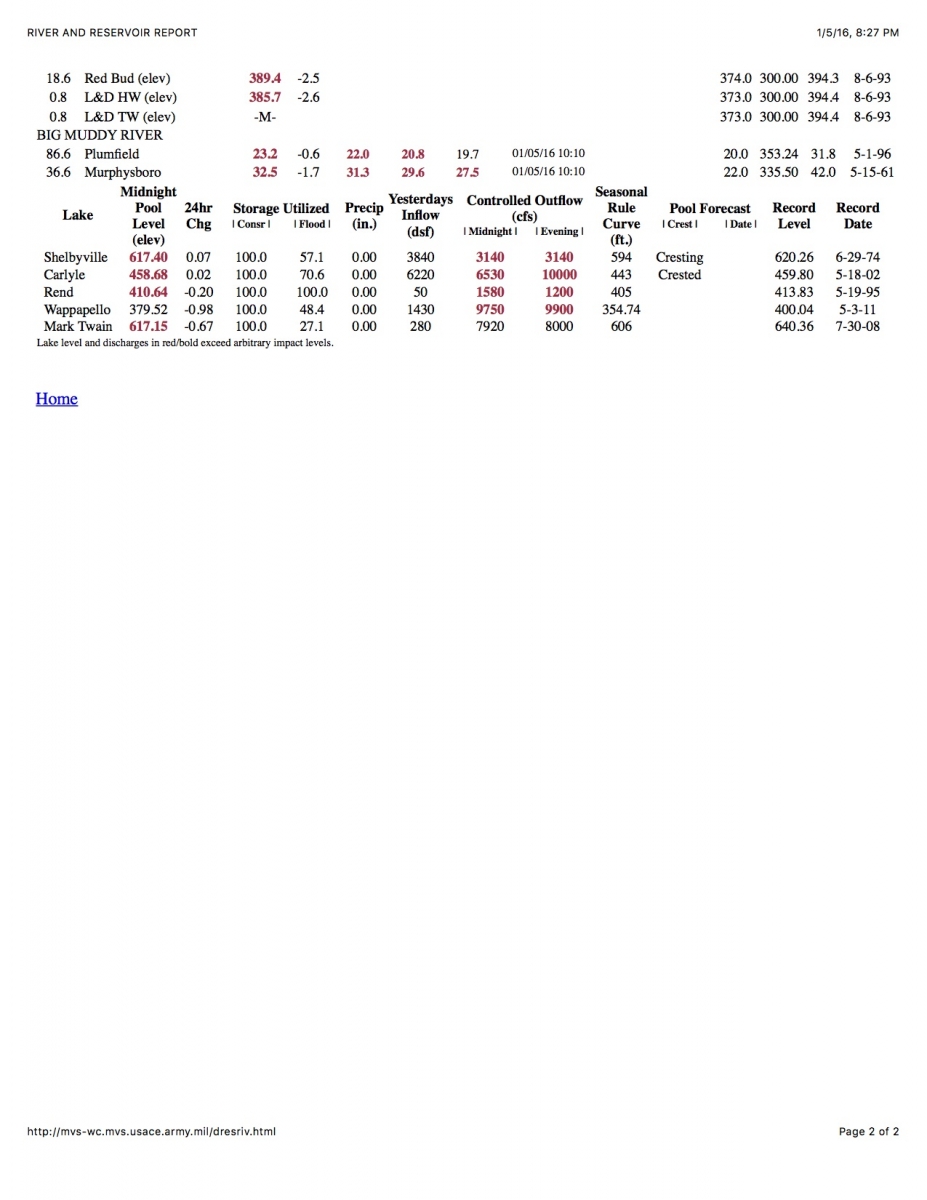