It seems like ancient history now, but as early as five years ago, connoisseurs of second- and third-wave coffee had scant few choices in New Orleans. Which is odd considering that in the 19th and 20th centuries, New Orleans was the biggest coffee port in the country and that for decades, myriad roasters and distributors have called New Orleans home.

In February, coffee roaster and seller French Truck Coffee opened its seventh shop on Poydras in the Central Business district, proving that third-wave coffee has been embraced by both newbies and natives who are steeped in chicory and café au lait. Since its debut in 2014, the company has grown to include five shops in New Orleans, plus two others in Baton Rouge and Memphis, Tennessee. This was the third locally since the beginning of 2018.

French Truck CEO Geoffrey Meeker has plans for additional growth for the company, which ranked No. 10 in Fortune’s 100 fastest-growing inner-city companies for 2018. At the same time Meeker sticks close to his original mission of marrying quality coffee with hospitality. The company’s instantly recognizable vintage-modern design — while it evolves ever-so-slightly to fit each new location —  is always at the forefront of French Truck’s sophisticated, yet playful marketing and branding.

“We pulled some of the design aesthetic we’ve used in some of our other locations to tie it together,” Meeker says of the Poydras location. Meeker credits an auspicious trip to San Francisco where he first sampled the wares of the city’s celebrated roaster Blue Bottle — which has a near cultlike following — as inspiration for his coffee company. “We tried to make it lighter and more welcoming a bit more modern. Even without the logos, you’d walk in and say, ‘Yeah this feels like a French Truck.’”

For the design, Meeker worked with a team responsible for several of the company’s locations, including Colectivo’s principal architect Seth Welty and Ryan Mayer, principal at Mayer Building Co., who was the general contractor. They tripled the glass in the front and moved the entry, which used to be located in an alley, to Poydras for easier, more visible access.

“We did a full renovation of that space and it included a pretty extensive kitchen,” says Meeker. “What we are trying to do there is to duplicate what we did in Uptown. We are as much of a café as a coffee shop. Where you can have a full meal along with a great cup of coffee and try to bring a quality that is over and above what you’d expect with a regular coffee shop.”

So far, interpreting the company’s offerings for different locations has been successful, which Meeker attributes to both the customers interested in his products and services and the company’s culture.

“Our core audience is somebody who has maybe a sense of adventure and interest in experiencing new things,” says Meeker. “We are a town of foodies and so are both of the other locations outside of New Orleans. People who want certain culinary experience and want the same with their coffee.”

Meeker cultivates that experience by also promoting a positive work atmosphere for his employees. Access to health insurance is available after six months, everyone receives extensive training and there is a kindness code of sorts.

“We are really trying to hire nice people,” says Meeker, who also hires people of all backgrounds, not just those with coffee or hospitality experience. “People who are nice to customers are usually nice to each other. I’m proud of our teams. They end up hanging out after work and take care of each other. Create the environment to nurture that behavior and those relationships and let it be and let it grow by itself.”

An additional five new French Truck locations are already planned and Meeker says that, “assuming we continue to have the success we are having and growing at that rate, we’ll continue to do as many as we can, and that we are successful with.” Two of the locations will open this year. One is slated for the Lafitte Greenway, but Meeker says he can’t talk about the other one just yet.  Currently he says logistics and financing are his biggest challenges, especially given the company’s rapid progress over the past couple of years.

“With that growth there comes the growing pains we try to keep to a minimum with training,” Meeker says. “We continue to promote from within and try to make good hires. Hopefully we’ll continue a trajectory that’s both healthy and viable. In general, my background is fine dining and I have worked really hard to make sure that we find the very best raw product, coffee, that we can find and present it to the customer in a friendly and gracious way, that makes them want to come back not just for the coffee, but for the hospitality experience as well.” 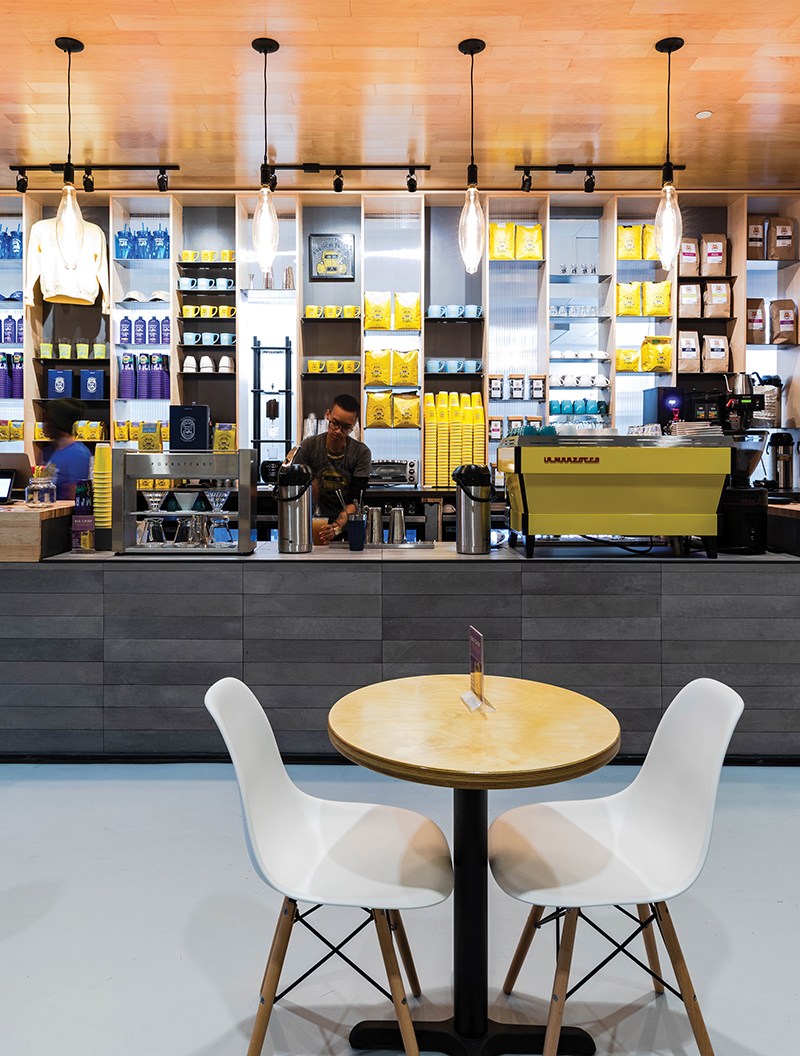 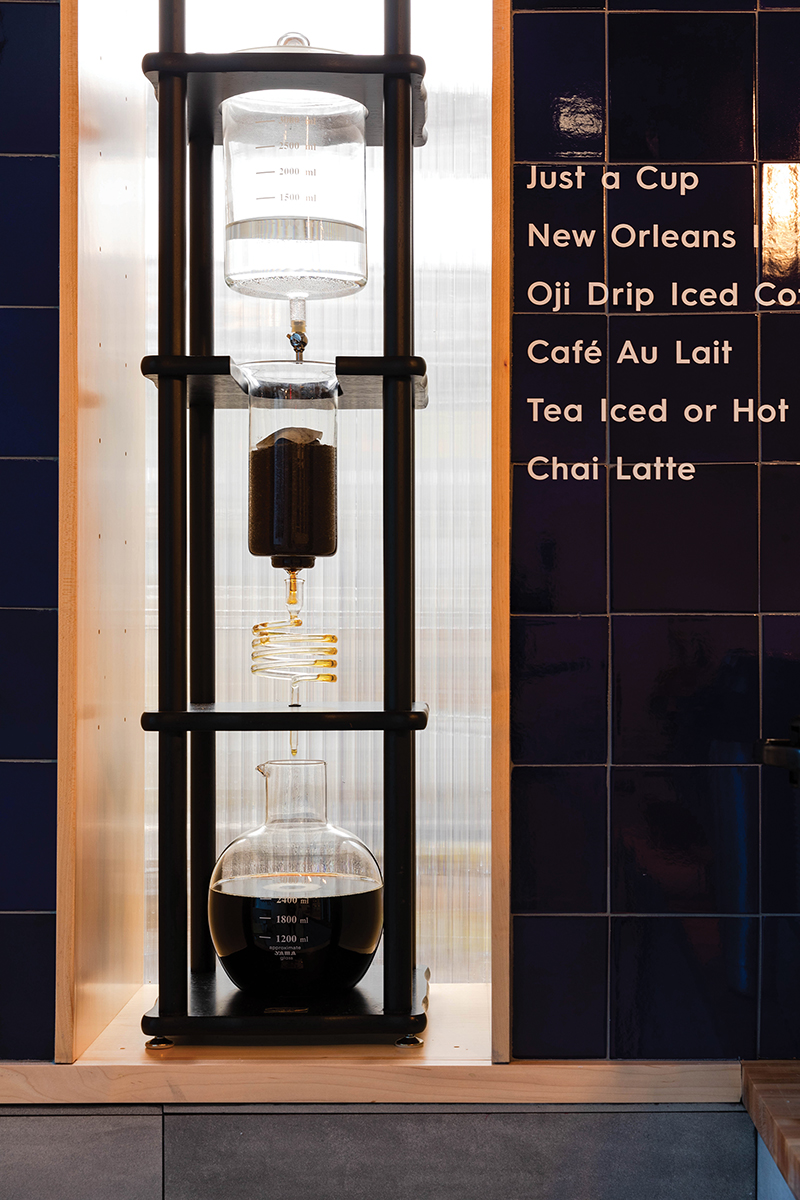 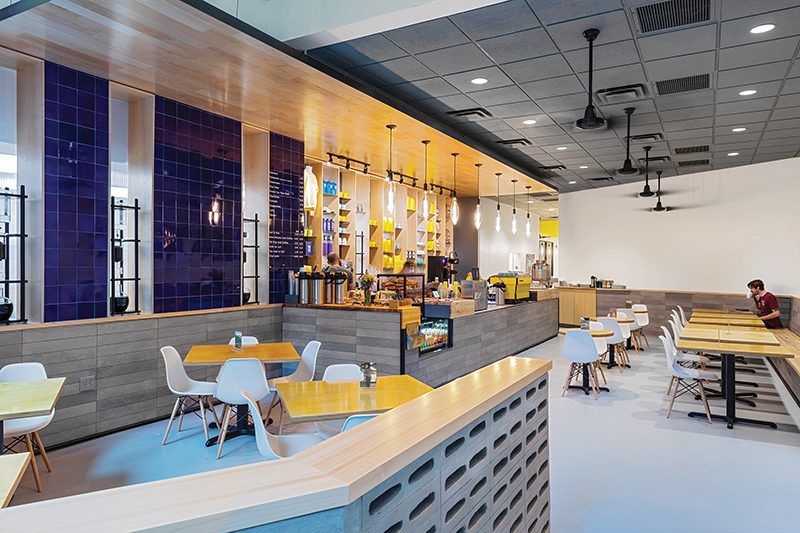 “Our core audience is somebody who has maybe a sense of adventure and interest in experiencing new things,” says Meeker. “… People who want certain culinary experience and want the same with their coffee.” 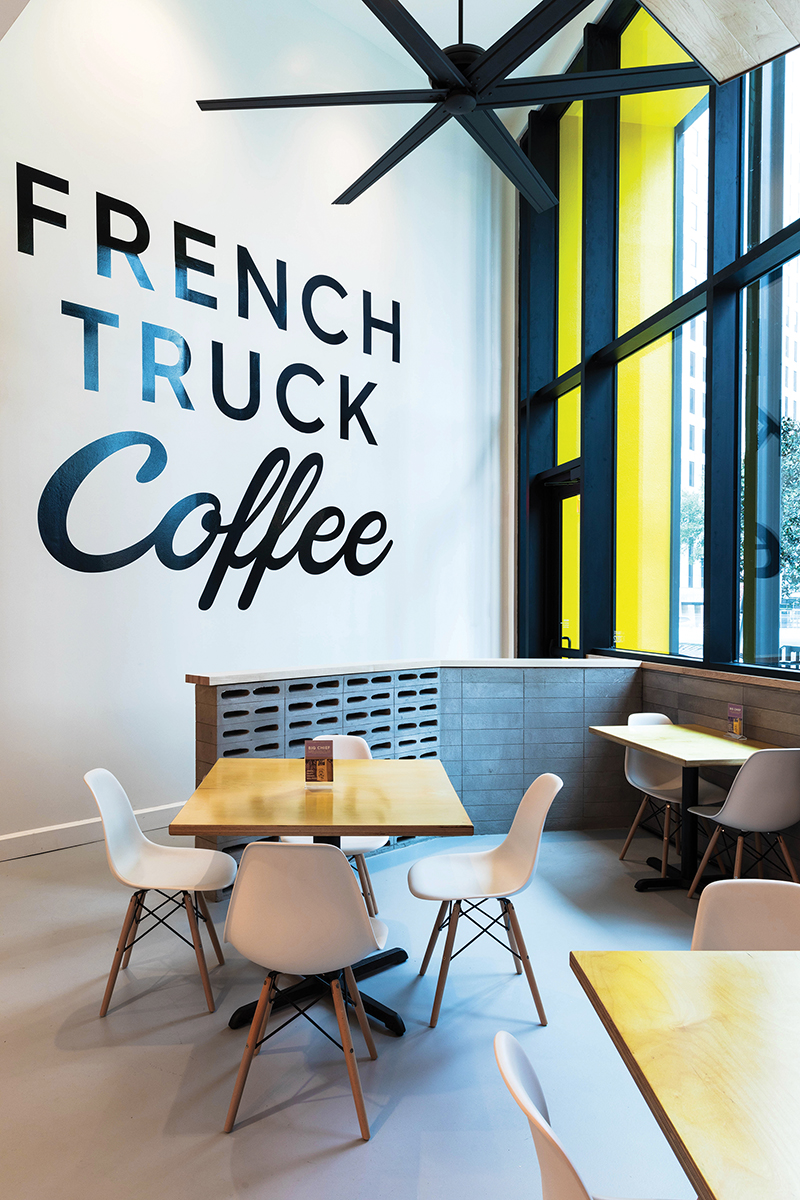 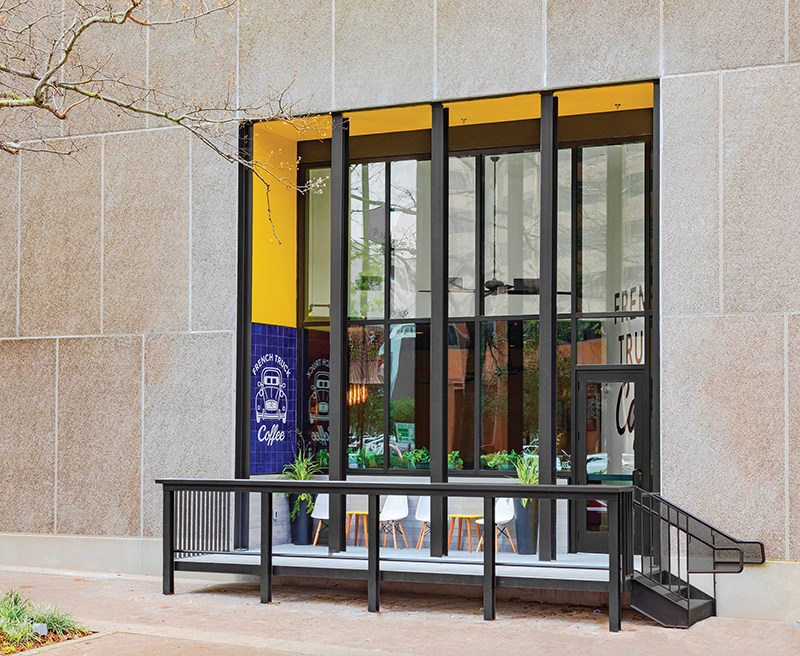 Each new location features design that stays true to the brand’s vintage modern aesthetic, while at the same time drawing from the location and its surroundings. For the design, Meeker worked with Colectivo and Mayer Building Company