Restaurateur Ralph Brennan Elected CIA Chairman of the Board 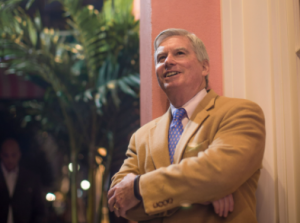 NEW ORLEANS – Restaurateur Ralph Brennan has been elected the 21st chairman of the board of the Culinary Institute of America. A longtime advocate for the CIA, Brennan was the first New Orleanian to serve on its governing board and to act as chairman. Brennan was also the keynote speaker at its 2020 commencement ceremony. His son, Patrick Brennan – who attended the CIA – was the first in the Brennan family to graduate from an official culinary institution.

“Ralph Brennan is one of the world’s most talented and respected hospitality professionals,” said CIA President Tim Ryan. “His leadership, business acumen, and passion for the food and hospitality industries have been invaluable during his tenure as a CIA trustee. I look forward to continuing to work with him in his new role, as the CIA heads into its 75th year of driving the food industry forward.”

“I am humbled and honored to be named chairman of The Culinary Institute of America,” said Brennan. “As the college enters the coming year, there has never been a more challenging time for the food and hospitality industries. The CIA has an established foundation for fostering strong leaders, which provides hope and confidence that our industry will continue to pivot and prosper in the future.”