What will a Republican “Replacement Plan” look like? Depends on which Republican you’re talking to.

As the Trump administration approaches its first 50 days in office, many questions have surfaced surrounding Republican efforts to deliver on their promise of repealing and replacing the Affordable Care Act (ACA). While things are likely to remain uncertain for a while — President Trump said that the process of replacing the ACA could extend into 2018 — at least a half-dozen Republican senators have been throwing out ideas.

One of the recent replacement options put forth by the Republicans came from Sen. Bill Cassidy, R-Louisiana, and Sen. Susan Collins, R-Maine, in the form of the Patient Freedom Act of 2017 bill. The bill would keep many of the popular aspects of the ACA — such as banning annual and lifetime benefit limits, banning pre-existing condition exclusions, and allowing young adults to stay on their parents’ plans until age 26. It would also focus on expanding the use of health savings accounts (HSA) and would create high-deductible basic health plans for all legal residents who do not secure coverage through their employers or a government plan. Additionally, this bill would provide the states with three options moving forward.

1. A state could re-establish the Affordable Care Act (ACA).

2. A state could access federal funding to design an alternative market-based platform, which would keep many of the ACA coverage requirements.

3. A state could “design and regulate insurance markets that work for their specific populations, without any federal assistance.”

While this type of bill may garner support among many moderate Republicans and moderate Democrats, it has been met by criticism from both sides of the aisle, including Sen. Rand Paul, R-Kentucky, who has his own plan.

Criticizing Cassidy’s bill as not being conservative enough, Paul presented a plan, The Obamacare Replacement Act, to eliminate the individual and employer mandates and go a step further as it relates to people with pre-existing conditions. If this bill was passed, there would be an initial two-year period during which people with pre-existing conditions could enroll in coverage. They would be required to continuously maintain this coverage following that initial period to ensure they would not be denied due to their condition going forward.

House Speaker Paul Ryan, R-Wisconsin, has been a proponent of eliminating premium subsidies in favor of a tax credit. He has maintained support of insurance carriers being allowed to better compete by selling across state lines. Ryan has also maintained that a continuous coverage requirement would provide an incentive to secure coverage without having a mandate like Obamacare. Ryan’s “Better Way” plan would also allow insurance companies to adjust the pricing ratio to provide health coverage at a price point that would be more appealing to younger consumers. Under the current law, insurance carriers have a maximum pricing ratio of 1-to-3 for young to older people. This means that the cost of a given medical plan for the oldest age bracket may not be more than three times as expensive as the same medical plan for the youngest patient group. The Ryan plan would allow insurance carriers to underwrite plans with a maximum pricing ratio of 1-to-5 for all medical plans.

Additionally, Sen. Lamar Alexander, R-Tennessee, proposed that the new legislation should allow health plans to be more flexible in how they incorporate the 10 essential health benefits, which are currently included in every qualified health plan under the Affordable Care Act. He also wants states to have greater control in determining special enrollment periods.

House Energy and Commerce Committee Chairman Greg Walden, R-Oregon, has committed to focus on curtailing the rising costs of prescription drugs. Walden said that improving the U.S. Food and Drug Administration’s approval process of new competing drugs would help increase competition in the market and drive down prices. The effort to curb rising drug prices remains a priority for President Trump and could garner the support of Democrats.

Republican changes may allow associations and cooperatives to secure coverage for their members to offer more choices to consumers. Additional cost-saving initiatives that could be promoted in new legislation are tech-driven primary care, transparency of cost and outcomes from medical providers to allow for better informed patient choice, and a focus on wellness, nutrition and preventative care.

The Trump administration has yet to release specifics of what it would want to see in any legislation intended to replace the Affordable Care Act. President Trump has said that his nominee to lead the U.S. Department of Health and Human Services, Rep. Tom Price, R-Georgia, will be instrumental in crafting a new law. This means that details of what “Trumpcare” would be may not be available until after Price is confirmed by the Senate. 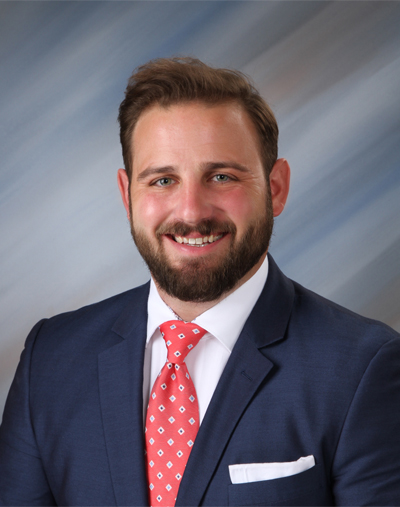 Ryan Rodrigue is the vice president for Hollis Companies, Employee Benefits Specialists. He is a licensed agent with the Louisiana Department of Insurance, a member of several industry associations including the National Association of Health Underwriters and the Society for Human Resource Management. His primary focus with Hollis Companies is on helping businesses navigate the complex landscape of employee benefits and healthcare.

How could Tom Price impact the healthcare landscape as HHS Secretary?

In 2015, Tom Price introduced Empowering Patients First Act, which, according to his website, “puts patients, families and doctors in charge by focusing on the principles of affordability, accessibility, quality, innovation, choices and responsiveness. Those principles form the foundation of the solutions in H.R. 2300 — solutions including individual health pools and expanded health savings accounts, tax credits for the purchase of coverage and lawsuit abuse reforms to reduce the costly practice of defensive medicine.”

This proposed legislation provides some insight into what could take priority in the Trump administration’s plan to replace Obamacare. Several key elements of this plan may be the cornerstones of the eventual replacement bill, including:

• Resurrecting reinsurance (high-risk) pools to help subsidize coverage for people who would have difficulty securing affordable coverage due to pre-existing conditions, age, etc.;

• Allowing insurance companies to charge higher premiums for individuals who did not have continuous coverage for the previous 18 months;

• Providing tax credits to consumers in lieu of premium subsidies;

• Providing for greater flexibility at the state level regarding health insurance law and regulation; and

While these concepts may serve as starting points for the proposal from the Trump administration, there is sure to be much discussion, debate and modification before legislation is put forth that would be supported by the administration and Congressional Republicans alike.

Hollis Companies will continue to monitor the healthcare reform environment to ensure that our clients are getting the advice and expertise that they depend on. We recently traveled to Washington, D.C., in January and February to meet with members of the House and Senate to discuss ideas and plans surrounding many areas of healthcare reform, and we will provide updates as necessary.