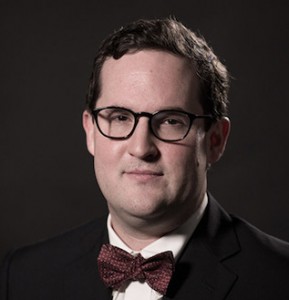 Jesse M. Keenan, one of the nation’s leading scholars on climate change and the built environment, has been appointed to the Tulane School of Architecture as an associate professor of real estate.

Keenan, who has served various presidential, gubernatorial and mayoral administrations and is currently a member of the U.N.’s Intergovernmental Panel on Climate Change, comes to Tulane from the Harvard Graduate School for Design, where he served as the Area Head for Real Estate and Built Environment.

“I am thrilled to be carrying forward Tulane’s legacy as a leader in sustainable real estate education, as well as the opportunity to participate in a broader university community known for its high-impact interdisciplinary environmental research,” Keenan said.

His research has been covered by major media outlets, including The New York Times, The Wall Street Journal, The Economist, PBS, NPR, NBC News and CNN, and he regularly appears as a guest commentator on Bloomberg TV.

Widely regarded for pioneering the study of real estate and climate change, Keenan focuses his research on the intersection of climate change adaptation and the built environment, including aspects of design, engineering, regulation, planning and financing. His expertise on climate-risk and financial systems currently defines his role as a Visiting Scholar at the Federal Reserve Bank of San Francisco and as a Special Government Employee Advisor to the U.S. Commodity Futures Trading Commission.

In addition to his role at Harvard, Keenan has previously served as the research director of the Center for Urban Real Estate on the faculty of the Graduate School of Architecture, Planning and Preservation at Columbia University. He holds degrees in the law (J.D., LL.M.) and science (M.Sc.) of real estate and the built environment, including a Ph.D. from the Delft University of Technology in the Netherlands.

Tulane School of Architecture Dean Iñaki Alday said Keenan was an ideal appointment for providing thought leadership in sustainable real estate because of his drive to advance interdisciplinary teaching and research across the school and the university. His arrival also marks the launch of the school’s new undergraduate degree program in real estate, where Keenan will be teaching core components of the curriculum.

“Dr. Keenan reinforces the leadership of Tulane School of Architecture in reformulating the way we are occupying the territory and building our cities,” Alday said. “As the climate and health crises are showing, it is extremely urgent to design new building typologies, public spaces and development practices, a mission to which we are fully committed.”