Gambel Communications moves to a new, larger space that mirrors its founder’s vision for the company 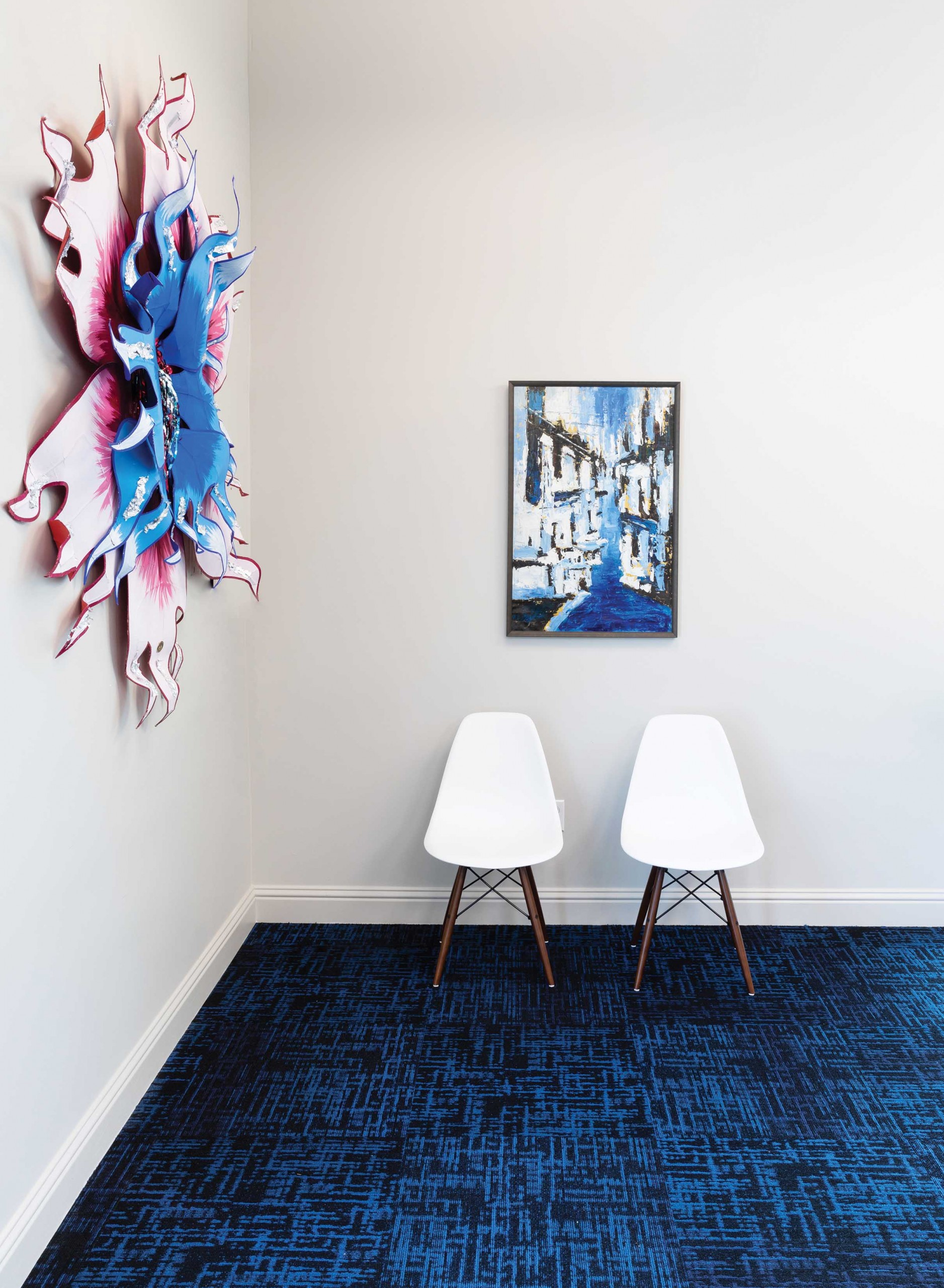 Gambel Communications celebrates its 12th year in business in new, custom offices in Metairie. Founder Betsie Gambel worked with her brother, architect Tommy Meric, Duplantier and Meric Architects, and contractor Tom Leblanc of Kemper Construction to realize her vision for the more than 3,000-square-foot space. The offices showcase a bevy of art from Gambel’s personal collection.

We have built our business on relationships. People come to us to put people and ideas together to create strategies that arise from relationships. – Betsie Gambel, founder Gambel Communications 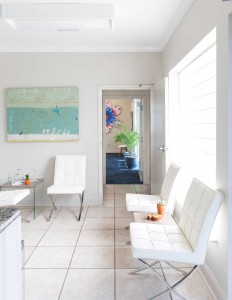 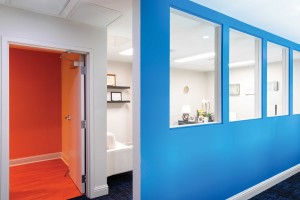 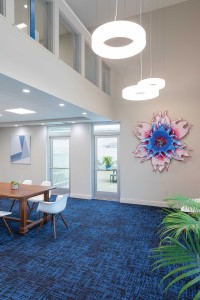 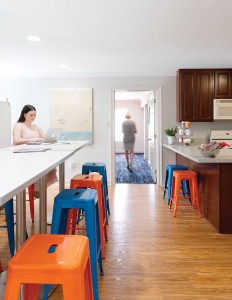 For years, clients and friends visited Gambel Communications at its location on Metairie Road behind Royal Blend Coffee & Tea. Founded in 2009 by Betsie Gambel, the company had long outgrown its charming, 1,000-square-foot offices. In 2019, Gambel finally found the perfect new home. With the help of her architect brother, Tommy Meric of Duplantier and Meric Architects, and Kemper Construction, Gambel was able to achieve her vision for offices that allowed the company to cater to its needs, and those of its clients and the community, well beyond the capabilities of the earlier space while still leaving room to grow.

“We knew we had outgrown the office on Metairie Road years ago, but nobody wanted to move because we loved the space,” said Gambel. “We loved the location. We loved the newsroom environment. At one point, Amy [CEO Amy Boyle Collins] and I were sharing the office with the conference table [in it]. We did great work there and people would walk in and say, ‘This is just so y’all.’”

Gambel said she had been looking for a long time before discovering a building on Ridgelake Drive in Metairie. It included a residential apartment on the second floor, as well as a warehouse space, and would provide more than 3,000 square feet of space.

“I knew I could make it work with my business,” she said. “The biggest challenge was we wanted a significant conference room that community groups could use, where we could have classes and large capacity press conferences and meetings. What attracted us to this building is it used to be a swimming pool company, so [on] the side was a two-story warehouse. I didn’t know what I was doing to do with it, but I brought my brother over, and he said, ‘This is easy — this is where your conference room is.’”

Meric redesigned the first floor to include three small offices, an executive office with a conference table and large conference room, which has a second-floor gallery.

“It’s just exquisite,” said Gambel. “Gorgeous light fixtures, lots of natural light, a credenza built in on the side for coffee service. It has large, [ADA compliant] bathrooms — it’s beautiful. I knew how many private or semi-private spaces I needed, and I knew I needed two conference rooms. That was the No. 1 challenge. How do we convert this empty warehouse into something that complements the rest of the building? Tommy was masterful. He and Leblanc just worked beautifully together and created this absolute showstopper.”

Upstairs, Gambel said they took a softer approach in a mix of collaborative spaces and partition spaces, as well as an area for lunch and breaks. The combination borrows from co-working space design, allowing flexibility for the different work styles of staff members and types of projects.

The large conference room is open, contemporary and convertible, designed to adapt to a variety of uses.

“We have it set up as a typical, long rectangle table, but we can [configure] it as a classroom [or] theater style,” she said. “We have the big monitor TV at the end so it’s very usable for group settings to Zoom or for a virtual press conference. You can be on the gallery upstairs and overlook what’s going on downstairs, [so if] you wanted spectators you could do that.”

At Christmas, Gambel said they converted the conference room to a Windsor Court-style tearoom for the staff’s holiday party, complete with candelabras and tea service.

“The next day we were holding a press conference,” she said. “It maintains this forward-looking positive character.”

Positivity and connection are at the core of Gambel’s mission. Each member of the staff is tasked with taking part in the community at large through work with nonprofit organizations they are passionate about supporting, like the Junior League of New Orleans or the Press Club of New Orleans, and also via leadership groups, such as the New Orleans Regional Black Chamber of Commerce or the Jefferson Chamber of Commerce.

“We have built our business on relationships,” said Gambel. “People come to us to put people and ideas together to create strategies that arise from relationships. Civic or nonprofit work really strengthens those relationships and that connection. We really like taking Camellia Beans and pairing them with Tabasco and [NOCHI] to do a house float — putting different clients together for benefit or just introducing them because we know they share the same values or philosophy. We love that.”