Tulane Pediatric Inflammatory Bowel Disease Center
The first clinic of its kind in Louisiana, Tulane Health System opened the Tulane Pediatric Inflammatory Bowel Disease Center at Tulane Lakeside Hospital for Women and Children in Metairie in July. The new center places multiple professionals — including a pediatric gastroenterologist, nurse coordinator, dietician, psychiatrist, psychologist and social worker — together in one setting in order to care for every aspect of inflammatory bowel disease, which affects as many as 80,000 children in the U.S. 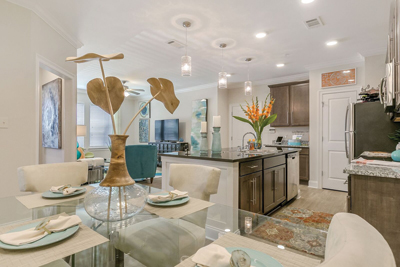 Neville Development
The former George O. Mondy Elementary school, (named for the first African American firefighter in New Orleans) located at the corner of St. Philip and N. Tonti streets in the Seventh Ward, has been successfully converted into 35 apartments for seniors by Neville Development. The building was abandoned after Hurricane Katrina and features the work of design-build team Palmisano Contractors and HCI Design Architecture. 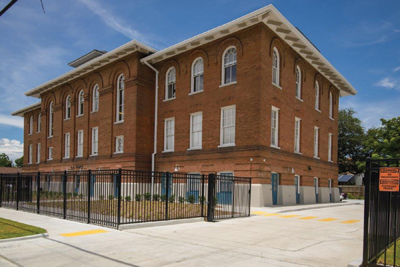 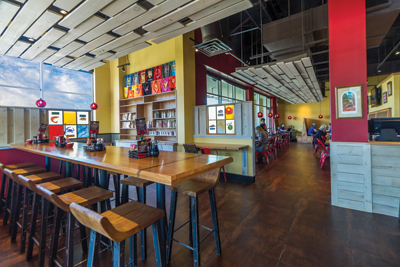 The Ruby Slipper Café
New Orleans-based breakfast and brunch restaurant, The Ruby Slipper Café, celebrated the grand opening of its eighth location at Acadian Village (3535 Perkins Rd., Suite 375) in Baton Rouge on July 26. The family-owned and operated business also runs five locations in New Orleans, one in Pensacola, Florida and one in Orange Beach, Alabama.

COMING SOON
LABI to Move Statewide Headquarters
On August 2, the Louisiana Association of Business Industry (LABI) announced the sale of the office building at 3113 Valley Creek Dr. in Baton Rouge that has served as the organization’s statewide headquarters since 1983. The organization has a purchase agreement in place for the building and land at 500 Main Street in downtown Baton Rouge, citing a desire to be closer to legislative policymakers. Beginning Sept 1, LABI will be located on the 11th floor of the Chase South Tower until the relocation is complete.

COMING SOON
Michael R. Boh Center for Child Development
Ochsner Hospital for Children has announced plans for the Michael R. Boh Center for Child Development. Set to open in early 2018, the center will offer care to children with neuro-muscular or physical disabilities and neuro-cognitive, behavioral and communication-related conditions including autism. Nearly 20 percent of all children in Louisiana have special healthcare needs, one in six has a developmental disability and one in 68 has autism. 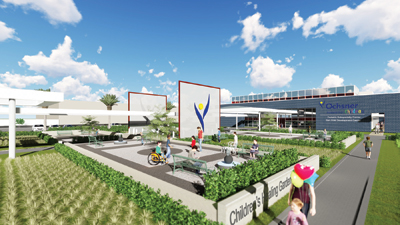