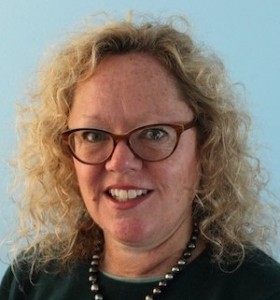 NEW ORLEANS — The Bureau of Governmental Research has announced that Rebecca Mowbray will be its new president and CEO effective Jan. 18. Mowbray was chosen to lead the independent research organization following a national search to replace Amy Glovinsky, who is stepping down after leading BGR for the past six years.

Mowbray comes to BGR with a breadth of experience in the public policy field. A former journalist for 18 years, she has served for the past 18 months as deputy commissioner for public affairs in the Louisiana Department of Insurance, where she has overseen all communication activities and served as the state agency’s spokesperson. Prior to that, she spent nearly eight years in the New Orleans Office of Inspector General as an assistant inspector general and program evaluator. From its start, Mowbray’s career has focused on governmental reform, accountability and transparency. She also has received two master’s degrees in related fields, a Master of Arts in law and diplomacy from Tufts University and a Master of Science in journalism from Northwestern University’s Medill School of Journalism, as well as an international professional fellowship awarded to distinguished scholars by the Henry Luce Foundation.

“I am very pleased to announce the selection of Becky Mowbray as our next president,” said Norma Grace, chair of BGR’s Board of Directors. “Becky will be an asset to BGR with her extraordinary track record of success. She has a deep awareness and understanding of the key public policy issues that concern our city and the region. I am completely confident that she is the person to continue the inspiring path and trajectory that Amy Glovinsky has established at BGR.”

“I’ve long been a huge fan of BGR and an avid consumer of its well- researched reports,” said Mowbray. “I am humbled and honored to have been selected for this role and look forward to working with the talented team at BGR to develop the public policy solutions that will make our metro area all that it can be.”

“Becky is very knowledgeable about BGR’s body of work and will bring passion and purpose to her work in this role,” said Ludovico Feoli, the chair of the presidential search committee and a member of the BGR Board. “She has a wealth of innovative ideas that will build on the organization’s impressive track record and lead us in our next stage of development.”

The Bureau of Governmental Research is a private, nonprofit, independent research organization dedicated to “informed public policy making and the effective use of public resources for the improvement of government in the New Orleans metropolitan area.” Since its founding in 1932, BGR has served as a nonpartisan voice in the local policy landscape. For more information: www.bgr.org.

Louisiana Has $1.6B More in Revenue Than Expected

Applications from 58 Parishes for GUMBO Grants