Re-Born on the Bayou

The all-female team behind Cajun Caviar is determined to bring attention to the quality, and affordability, of Louisiana caviar 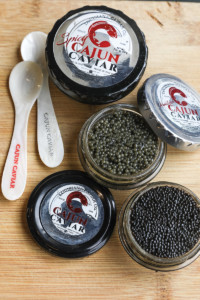 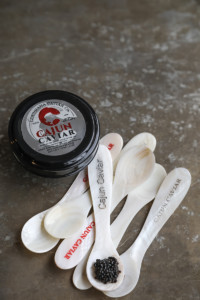 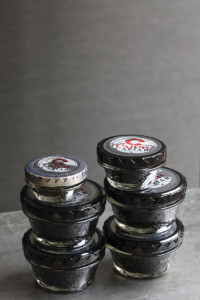 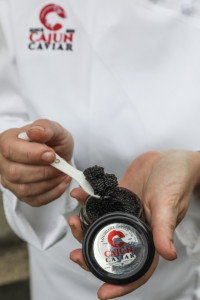 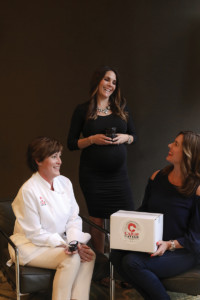 Here in Louisiana, we’re known for a wide array of culinary delights (including everything from boiled crawfish to bananas foster), but one thing you’d never think to put on that list is caviar.

In December 2016, the trio took over the Louisiana Caviar Co., a business created more than 30 years ago after local fishermen and processors developed the right methods — copied from master Russian caviar producers — of harvesting roe from the locally abundant choupique, also known as the bowfish.

“We have all had experience with the product over the years,” said Vega-Knoll, “but John Burke, the founder of Louisiana Caviar Co., gave us the firsthand knowledge we needed. He brought the product to market back in 1986 and perfected the process over the past 30 years.”

The problem has never been with the product, Wilson explained, but more with the fact it had never been marketed.

“We had many chefs that had used the product for years, but we wanted to get more chefs tasting it and let the community know about it, develop a website and online presence that it had never had before.”

The women rebranded the company as Cajun Caviar and got to work attacking stereotypes.

While many chefs have heard of using bowfin caviar in their dishes and on their menus, Wilson said many others don’t really know what it tastes like. Cajun Caviar’s goal has been to emphasize the local angle and the sustainability of the product, along with its relative affordability ($90 for 5 ounces of traditional Cajun Caviar, $55 for 2 ounces of Spicy Cajun Caviar; $90 for 3 ounces of Paddlefish Cajun Caviar) and top-shelf flavor.

“Cajun Caviar is harvested by hand from the fresh waters of the Atchafalaya Basin and processed and packed here locally,” she said. “Our price point is much lower than traditional sturgeon caviars and the quality of our bowfin is higher than any others on the market. This is one of those food products that really must be tasted and experienced. We had chefs that thought bowfin caviar would be muddy and mushy. They are always surprised to taste our product. We do a lot of tastings and we want more chefs and the public to know about it.”

Three species of caviar producing fish can be found in the Atchafalaya Basin: the sturgeon, bowfin and paddlefish. The product is harvested by hand from early December through February.

Another piece of good news is that Cajun Caviar has less salt than many of its counterparts.

The company’s products are preserved with less than 5 percent salt, following in the Russian “Malossol” method, which roughly translates to “little salt.” This process preserves the flavor of the roe and enhances the natural essence. This is yet another reason the product has become a favorite among local chefs like Nina Compton of Compere Lapin, Wilfredo Avelar of Meril and Michael Stolzfus of Coquette, to name a few.

A brand new website, which was a priority for the new owners, now provides information on the brand, including salt content and preservation methods, a primer on the basics of bowfish caviar, along with recipes and easy ways to order online and have the product shipped directly to the consumer’s door.

In a primarily male-dominated industry, Wilson said the team behind Cajun Caviar has been widely accepted and applauded, both for their business drive and for their presentation of a great product.

“We haven’t really talked about the fact that we are an all-female-led company,” she said, “but we haven’t really had to. Many of the chefs we approach are refreshed to see new faces. We have been overwhelmed by the support of locals, who all just want to see another business succeed.”

While some may stereotype Louisiana cuisine as only hearty, down-home favorites, new trends and products have some chefs working to create more sophisticated, contemporary menus. Vega-Knoll said Cajun Caviar is a fit no matter the dish.

“We feel like Cajun Caviar is something that is approachable,” Vega-Knoll said. “Its mild, delicate flavor is so versatile, making it perfect for so many different cuisines, not just Louisiana or Creole dishes. It’s a local product that is harvested in the Atchafalaya and packed here in New Orleans. We have the best of the best, right here on our own bayous and waters.”

Cajun Caviar is currently available at all Martin Wine Cellar locations in New Orleans, Baton Rouge, Mandeville and Metairie, and at Langenstein’s in Old Metairie and River Ridge. Products are also available down the coast at two locations in Destin, Florida (Destin Ice and Destin Ice 30A), as well as online at cajuncaviar.com. The team is planning to eventually expand to markets outside Louisiana.

“We pride ourselves on providing excellent customer service, from helping new clients create menu items with our products to promoting our clients on social media to promptly delivering products on short notice,” Wilson said. “We are grateful for the business and always willing to lend a hand in helping our customers become more successful. We are currently in the process of bringing Cajun Caviar to more national outlets, so stay tuned.”

The Early Form of Bar Peanuts

While in the early 1800s, caviar could be found for free in saloons, which offered up the salty treat to encourage drinking, subsequent overfishing in the United States eventually caused supply to drop and prices to skyrocket.

Declared “2018’s most desirable ingredient” by Vogue magazine, the most expensive caviar in the world — according to Guinness World Records — is Almas, prepared from the eggs of a rare albino sturgeon called the Iranian beluga fish. Two pounds, 3 ounces of these eggs are valued at approximately $34,500.