Rates and Regulations On the Move

Local banking professionals weigh in on changes under the Trump administration.

Policies during the first two years of the Trump administration have been a mixed bag when it comes to the banking and finance industries. While low unemployment and GDP growth have signaled a strong economy, they have also led the Federal Reserve to steadily increase interest rates — affecting banks, borrowers and investors. Some banking professionals are reporting that President Trump’s fulfilled campaign promise to ease regulations on financial institutions has lessened the burden of what could otherwise amount to costly compliance practices, but early reports regarding the way doubling the standard deduction impacts personal tax filings have not been positive.

The Federal Reserve — responsible for U.S. monetary policy — has been gradually increasing the federal funds rate since December 2015. Rate increases, or decreases, by the Fed impact the interest rate that banks offer on deposits and loans, as well as the rate that consumers pay on credit card balances.

A higher federal funds rate means credit unions and banks have to offer higher interest rates on deposits, like in savings accounts.

“We have to pay a higher rate on our deposits, and members like that, but it costs the credit union more money,” Sanders says. “And you have to raise your rates on deposits pretty quickly, otherwise people will take their money and put it somewhere else.”

While interest paid on savings accounts increases, so does the interest that banks can charge on loans. But that doesn’t mean banks are poised to make money.

“When rates are higher, we get to increase our loan rates,” says Sanders, “but when loans are already on the books at the lower rate you don’t see the immediate impact on revenue.”

While it’s true lending rates have crept up, at 4 or 5 percent they’re still historically low. Consumers, however, don’t like to see loan rates increase, and that has an impact on credit unions from a lending standpoint.

“I think as rates continue to rise, individuals are going to say, ‘I might need to hang onto this car a little longer, or not get rid of this low rate on my mortgage,’” says Sanders.

Credit card rates and variable rate loans are impacted by changes to the prime rate, which is closely related to the federal funds rate.

“If you have a Visa card and you carry a balance, whenever there’s an increase in the prime rate it is passed on almost immediately,” says Stephen Wessel, New Orleans regional president at Investar Bank. “Any floating rate credit cards, home equity lines of credit that are based on prime rates will increase at the next increase cycle, which is usually monthly.” 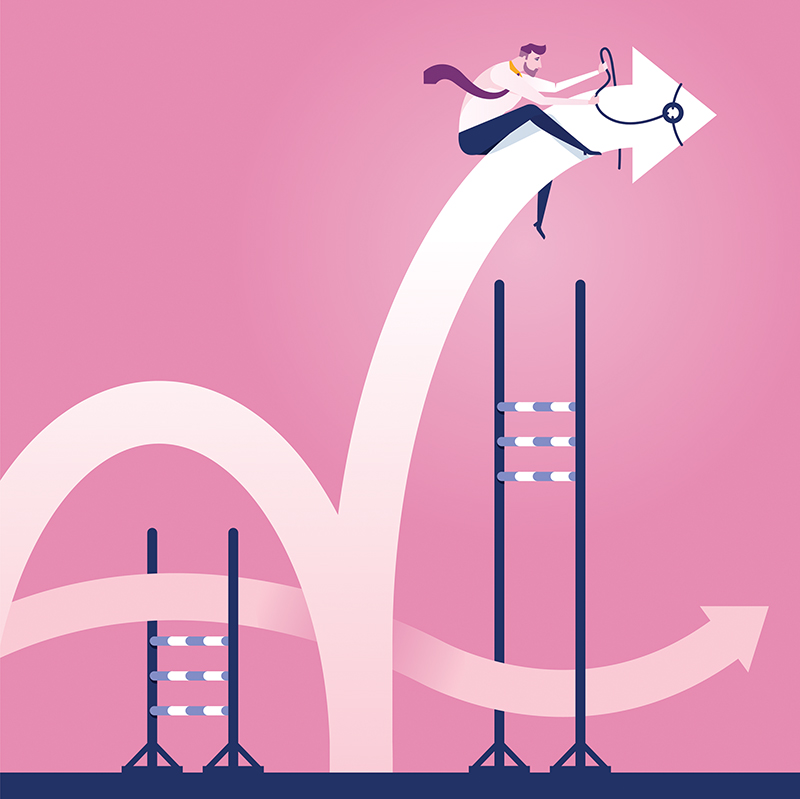 One of President Trump’s campaign promises was to ease banking regulations, specifically parts of the Dodd-Frank Wall Street Reform and Consumer Protection Act — a banking industry reform bill passed in 2010 as a response to the Great Recession. Trump has mostly kept to his promise of cutting two existing regulations for every new one added.

Banking is a highly regulated industry, with about 11 federal agencies having some kind of regulatory oversight — everything from changes to software to documentation, reporting and disclosures.

“Currently, on average there are 24 to 48 regulatory actions per quarter,” says Wessel. “That compares to a 30-year average of 60 to 85 per quarter, so that is significantly less than in the past.”

Ultimately, Sanders says, easing up on regulations means small institutions don’t have to spend as much on compliance.

“In the last couple of years, we’ve had to ramp up our compliance department and spend more money on resources to comply with all the regulations,” says Sanders. “So, in terms of that being lessened I think it’s beneficial to us.”

Wessel says if the economy is strong, the banking and finance industry will continue to be strong.

“There’s been a surge in company profits across the country, there’s near-term optimism in the business community — across the country and locally — and consumers are more optimistic,” he says. “And from a community bank standpoint that’s all good for us because we participate in the local economy to help businesses and people.”