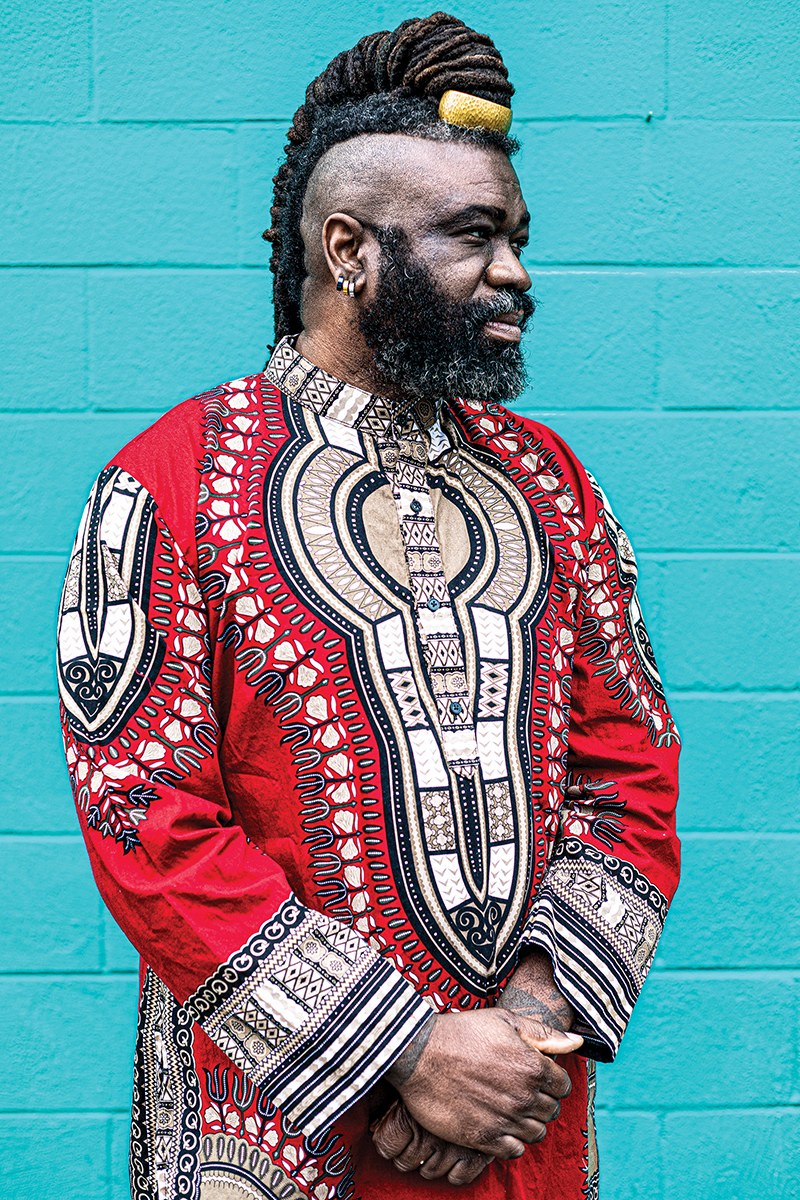 Bayou Soap Company founder William Terry is the creator of a full line of handmade soaps that are all-natural, environmentally friendly and packaged with little waste, making them in line with today’s eco-conscious cosmetics trends.

Self-described “Soapmaster General” William Terry is known for two things: being a Grammy Award®-winning saxophone player and musician, and running Bayou Soap Company, his unique line of handmade, eco-friendly soaps that have recently seen a resurgence in popularity.

Launched 12 years ago, Terry fell into the soap-making business by accident, one that has since paid off for him both financially and artistically.

“The original intention was to make tinctures, salves and other herbal infusions,” he said, adding that initially he began experimenting with improving liquid soaps from the dollar store by infusing them with herbs. “A salon owner friend — unbeknownst to me — was actually using it [the liquid soaps] on customers and put in a request for a large order.”

At that point, Terry said he realized that in order to lower the price point and be able to control the manufacturing process, he needed to learn how to really make soaps from scratch. After several trials, tests and starts, Terry transformed his hobby into an art form and a business.

“It took about five years to perfect the line,” he added. Now it includes between 14 and 17 varieties of the environmentally conscious and plant-based bar soaps.

“I use olive oil, coconut oil, palm oil, shea butter, cocoa butter, as well as clays, resins, and plants for coloring and fragrance, and essential oils and extracts for scents,” he said. “I like to use plant oils because they scent better.”

The line also boasts little to no packaging waste, a trend that is currently transforming the personal care industry.

Bar soap sales in general are also on the rise, making a comeback after years of consumers preferring body washes and liquid soaps (see sidebar) dominating the market. Ethical packaging, along with cruelty-free products, rank high among consumer preferences.

Fashion- and beauty-forward websites are also starting to tout luxury bar soaps as en vogue. The simple bar soap already comes packaged in an eco-friendly way, creating a ready-to-go product that fulfills consumer’s wishes. Leading the bar soap revolution is international retailer Lush. Boasting 240 stores in the United States and Canada, the company recently launched shampoo bars and, according to a 2018 article in Allure magazine, sold 12,000 bars in the first 48 hours.

Bayou Soap has always been a natural fit for consumers looking for something organic and eco-conscious, according to Terry.

“Bar soap goes hand-in-hand with package reduction because bar soap won’t sell if it can’t be smelled and to do so requires little to no packaging,” he said. “Most of us makers just use a simple [paper] band to show name and ingredients. My exfoliating soaps have quinoa, grits, coffee, ginger, and celery seeds so they don’t pollute the environment.”

“I go with the standard scent lines you see in stores like floral, mint, and options that are more herbal and earthy,” he said. “I also get inspired when walking down the tea aisle. I come up with a color I think the fragrance might ‘look’ like.”

“To keep up with demand I have to produce at least 200 to 300 bars a day,” Terry said. “I produce for a few weeks and then start to divvy them up into who’s got what. That covers all three outlets — vending, online, and store orders. It’s never ending. I take little breaks in January and August.”

Bayou Soap can be found at Whole Foods stores across the city, purchased online through the company’s Facebook account, or at events such as Wednesdays at the Square, Bayou Boogaloo, Essence Festival and others that are announced via Facebook.

The business is divided evenly among these outlets. “This way if one starts to fall off it can be shored up by another,” Terry said.

Women Want Beauty with a Conscience…

59% of women over the age of 35 say purchasing eco-friendly beauty products is important to them.

…And the Industry is Taking Notice.

“L’Oreal is aiming to make 100% of its packaging reusable, refillable, or compostable by 2025, and aims to source 50 % of that packaging from recycled material.

The company says it has already increased the percentage of recycled plastic in its overall packaging by 19% in 2018 compared to the previous year.”

The Battle of Liquid vs. Solid

According to an August 2019 study from U.K.-based research group Kantar, sales in that country of liquid soaps have slumped in favor of the more eco-friendly bar soap alternatives. “Shoppers spent £68.6 million [$89.89 million] on bars of soap, up 4% on the year before. Meanwhile, shower gel is rising at just 1.1%, and liquid soap sales are actually declining 4.5% year on year.”

Additionally, “Kantar found that 44 % of respondents reported being ‘more concerned’ about single-use plastic, and 70 % said they plan to shop more sustainably, using alternatives or buying less.”