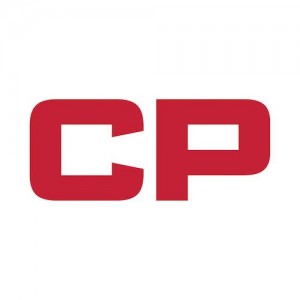 Passenger rail service between Louisiana’s two largest cities would follow Canadian Pacific’s approved control of the track, as proposed in the pending Canadian Pacific-Kansas City Southern merger application, and completion of necessary infrastructure improvements in conjunction with stakeholders.  At today’s event, Clements expressed the willingness of Canadian Pacific Railway to open capacity of a Canadian Pacific-owned track to an initial one round trip per day; increased capacity could be accommodated depending on available funding for required capital improvements.

“We are absolutely committed to working with the freight and passenger community,” said Edwards. “I stand here to welcome Canadian Pacific to Louisiana and look forward to having a long, successful relationship with them. Now is the time to think big for transportation in our state.”

After the acquisition, every Class I railroad that operates in the United States will have a presence within Louisiana and at the Port of New Orleans. CP has been the industry leader in operating Amtrak in the U.S. for the past six years, and it is the top-rated freight line working with passenger rail in the country. Clements highlighted Canadian Pacific’s longstanding leadership in passenger rail delivery, while highlighting institutional priorities of safety, accessibility, and sustainability.

Erin Monroe Wesley, 2021 chair of SoLA and southeast vice president of government and public affairs for Cox Communications, said, “According to a 2019 poll, 85% of respondents are in favor of passenger rail service between New Orleans and Baton Rouge.”  She elaborated on the invitation extended by SoLA to Canadian Pacific representatives to review passenger rail priorities, leading to today’s event.

Passenger rail between Baton Rouge and New Orleans has been studied extensively. A poll conducted of 1,050 registered voters from Ascension, East Baton Rouge, Jefferson, Orleans, St. James, and St. John Parishes in February and March of 2019 demonstrated that 63% of regional residents are interested passengers.  Expanded passenger rail capacity will be studied and implemented as customer demand and needed line upgrades are understood.  Analyses will be performed as quickly as possible to get the infrastructure up to capacity to support a second train pair that would not interfere with existing freight service on the line.

Vast expansion of passenger rail funding is included in the recently passed Infrastructure Investment and Jobs Act (IIJA), offering $66B in total for rail and multiple relevant programs, such as Federal-State Partnership for Intercity Passenger Rail grants.  The IIJA will supply funding for Amtrak to further its 15-year corridor vision plan, which envisions routes accessing additional communities and specifically identifies passenger rail between the Baton Rouge and New Orleans metros as a service corridor.  Amtrak’s plans outline its goal to carry 20 million more passengers by 2035.

The SoLA Super Region Committee has long advocated for passenger rail service between Baton Rouge and New Orleans as a priority for economic competitiveness, business and talent attraction, and disaster preparedness, and today’s commitment by Canadian Pacific Railway advances this regional effort.