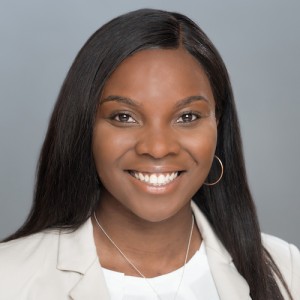 NEW ORLEANS — New Orleans Public Belt Railroad General Manager Tomeka Watson-Bryant has been named one of Railway Age’s 2022 Women in Rail. Watson-Bryant, who became NOPB General Manager in June 2022, is one of 23 honorees from across the country recognized for her leadership, innovation and accomplishments in the railroading industry.

“Congratulations to Tomeka for this well-earned honor,” said Brandy D. Christian, CEO of NOPB and President and CEO of the Port NOLA. “We are proud of the work she has done with NOPB, placing an intense focus on expanding the gateway through innovation and efficiency.”

Watson-Bryant, the first African American woman to lead a short line railroad in the United States, is a second-generation railroader. She brings both operations and commercial experience to the railroad industry at NOPB.

As NOPB General Manager, Bryant leads a Class III railroad on the nation’s fourth-largest rail gateway that connects with six Class I railroads and serves Port NOLA and local industry. During her tenure with NOPB, she has overseen business development and customer service as a Sales and Marketing Manager and also pioneered a successful safety program. Watson-Bryant launched her career as a Trainmaster for both CSX and NOPB.

“It is an honor to be a part of Railway Age’s 2022 Women in Rail and be recognized by my peers across the industry,” said Watson-Bryant. “As a woman in the railroad industry, I hope that we can continue to inspire others and shed light to the ever-expanding field of railroading. I’m proud to represent NOPB, my community, and the rail industry.”

Railway Age’s annual award, established in 2017, recognizes the leadership, innovation, community service and accomplishments of women in the railway industry. Out of over 100 applicants, this year’s honorees set an example for women in the profession. All honorees will be featured in Railway Age’s November 2022 issue.

Most Families Allowed Back Home After Derailment, Acid Spill