Putting a Price on Love

Summer means weddings, and the peak of a $228-million-a-year industry in metropolitan New Orleans.

On November 13, Noele Marie Forstall Jones will marry the love of her life, Paul La Rosa III. Engaged last August, she began planning her wedding in October. Her first wedding was small — with only 50 guests, she planned it in just two weeks. This time she wants something much more elaborate.

“This is a new relationship, a new love,” she says. “It deserves to be celebrated.”

Jones is far from alone in her desires, and it is that longing — for the perfect dress, the perfect setting, food, flowers and music — that fuels a $58 billion a year industry, employing nearly 800,000 people. According to The Wedding Report, an industry data tracker, those figures are only going to go up. By 2020, wedding expenditures are estimated to reach $61.8 billion.

Two-and-a-half-million weddings take place in the United States every year.

According to the latest study from TheKnot.com, a wedding website that targets brides and features local wedding vendors, nationwide, couples spent an average of $31,213 on their big day last year — up more than 4 percent from $29,858 in 2013.

Comprising almost half a couple’s budget is the cost of the venue, with an average price of $14,006. The second priciest item is typically the engagement ring, with an average of $5,855 spent, followed by the wedding ring at $3,587. The average catering price per guest nationally is $68.

According to a 2014 study done by The Wedding Report, New Orleans hosts almost 9,100 weddings a year. The average New Orleans wedding will cost $25,148, with total annual sales reaching over $228.7 million.

In New Orleans, brides can choose from a wide variety of venues: museums, five-star restaurants, gardens and ballrooms. The Balcony Ballroom, owned by the Van Vrancken family, offers everything to stage the perfect wedding.

“I am a wedding architect,” says Vanessa Van Zrancken, owner. “I grew up in this business. We have 41 years of experience, and we can design the whole wedding — from linens to music.”

The Wedding Report states that last year between location and event rentals, sales in New Orleans totaled more than $37 million. The average location cost was $3,604.

Janie Glade is the managing partner of Old.New.Blue. Her business handles all types of event planning but is best known for producing high-end weddings with price tags that can reach $300,000. According to the Wedding Report, last year 246 weddings held in the New Orleans area spent more than $100,000.

Glade has been in the event-planning business since 1989. She started doing more weddings in 1998 and has built her business into a successful six-figure endeavor. In 2014, the average cost nationally for a basic day-of wedding planner was between $1,488 to $2,000. In New Orleans, it was $923.

“I do day-of-wedding service but I can also help create the vision and work with the bride for anywhere between three months to two years,” Glade says. “The average is 18 months, from signing the contract to waving goodbye at the reception.” 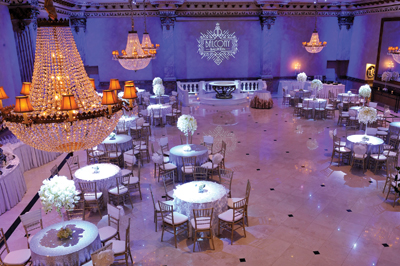 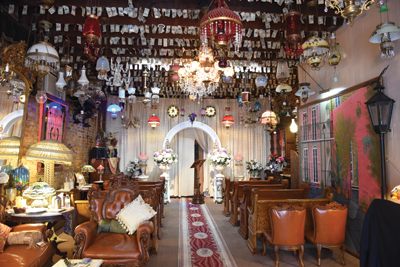 The average cost of a wedding cake in New Orleans is $423 and brings in a little more than $3 million to the local economy.

As a popular tourist destination — among the “Top 10 Travelers’ Choice Destinations in the U.S.” by TripAdvisor.com in March 2015 — it’s not surprising that New Orleans is also becoming a popular wedding destination.

“Many of our weddings, around 35 percent, are from out of town,” says Van Vrancken. “Some choose to have a destination wedding here because they just love New Orleans, and many of our couples met here during their college years.”

While New Orleans still ranks far behind states like Florida and California, local industry professionals say destination weddings remain a growing focus. This may be in part because while they typically include a smaller guest list — 116 for destination weddings vs. 136 for an average wedding — couples tend to spend an average of 7.4 percent more on destination nuptials.

Rev. Tony Talavera, who manages the French Quarter Wedding Chapel, has hosted more than 13,000 weddings in his 15 years working in the 800-square-foot chapel.

In 2007 he started a movement and ended in a proclamation naming New Orleans the “Romance Capital of the World.”

One of the reasons Talavera believes we struggle in the destination category is because the time required to get a wedding license in the state. He says this can be blamed on Storyville, our infamous turn-of-the-century red-light district, and the popularity for sailors to come into a port and marry before moving on, leaving a girl in every port.

As a result, he says, an ordinance came into effect.

“If one wishes to marry in New Orleans, you must apply for the marriage license 72 hours before the legal ceremony,” Talavera says. “I’ve worked tirelessly to change this outdated ordinance, so that traveling couples and local elopers alike can act upon their romantic spontaneity and budgets, and marry with ease.”

Currently, same sex marriage is legal in 37 states, not including Louisiana. Nationwide, gay and lesbian buying power has been estimated at $830 billion, according to Witeck Communications. This spending influx is having a positive impact on the wedding industry. 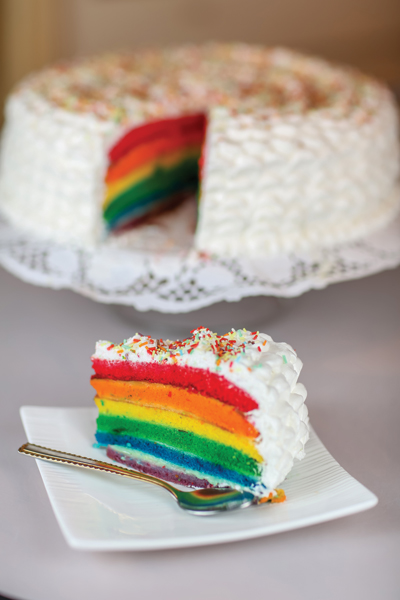 Each year LGBT marriages account for approximately $259 million in wedding spending nationwide. In 2011, the first year same-sex marriage was recognized in New York City, the city received a bump in local revenues from wedding spending to the tune of $16 million.

Spending in Louisiana still remains high for commitment ceremonies, which average close to weddings at $23,776 per event.

According to WeddingWire Network, 86 percent of wedding professionals surveyed said they plan on serving same-sex couples. For the wedding professionals who serve this segment, it pays to get the word out. Seventy-two percent of same-sex couples says they specifically look for vendors with LGBT-inclusive language, and 69 percent seek vendors with LGBT-inclusive photos in marketing.

Locally, Gov. Bobby Jindal’s executive order to enact the Marriage and Conscience Act, which prohibits the state from punishing businesses who do not want to cater gay weddings, may have an impact on this growing segment of the wedding industry.

“Three years ago, about 10 percent of my business was life partners doing commitment ceremonies,” he says. “But because couples can go to states that have legalized gay marriage now, that side of my business has declined.”

Just like with every other large life expenditure — houses, cars, trips — brides and grooms can buy wedding insurance. Disasters can strike wedding days with anything from cold feet to stolen gifts to a damaged gown.

According to The Knot.com, a basic insurance policy that covers the cost of the loss of photos, videos, attire, presents, rings, and deposits usually costs anywhere between $155 and $550, depending on the amount of coverage requested.General liability insurance, which covers up to $1 million for accidents, costs around $185.

During her work with thousands of engaged couples, Glade says that in the midst of helping her clients navigate topics like photographers getting aerial shots from drones and finding the perfect blend for a Japanese/Jewish wedding, she always offers one important bit of advice.

“You should never go into debt for your wedding,” she says. “Don’t get caught up in the hype. The object is to create a beautiful memory. Try to remember that this celebration should be about your love. You need to honor what you are doing.”

Top Months for Weddings in New Orleans in 2014

The following is the average amount spent by couples
in New Orleans in 2014 on wedding essentials.