Put a Coat On – It’s Hot Out There

In the dead of summer, which would you rather wear – a white shirt or a black shirt? The white right? Because it’s common knowledge that black absorbs more heat than any other color.

So why would it make sense for roofs, especially in high-heat areas like subtropical New Orleans, to be black? It doesn’t, and New Orleans native David Lamouranne is out to prove it, and cool the city, one rooftop at a time. 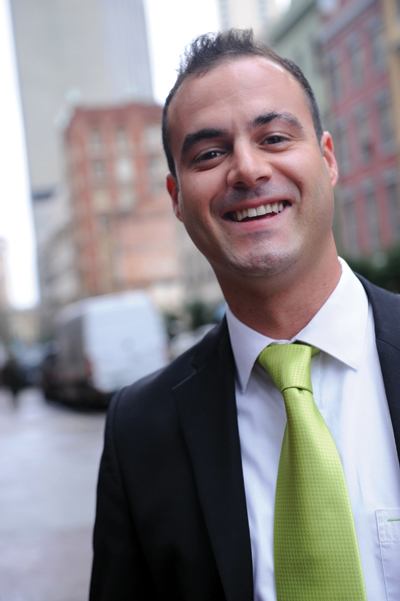 Since 2006, Lamouranne’s company, GreenStar Coatings, has been repairing and retrofitting metal and flat roofs of area businesses with white, waterproof fluid membranes he calls Cool Roof coatings. The company offers a variety of coatings, depending on the needs of the project, including acrylic, asphalt, elastomeric. His coatings are not only 60 to 90 percent more reflective than typical roofs, they’re also acid-rain resistant, low-VOC, and the coating expands and contracts with the roof – eliminating the likelihood of leaks.

Less expensive to install than a new roof, Cool Roofs also reduce roofing temperatures by up to 65 degrees, which means they significantly lower energy costs for businesses year after year.

In addition to lowering energy costs, Cool Roofs offer more comfortable working conditions and increased productivity for their employees, along with cleaner air for the entire city. The 1 million square feet of roofing already treated just in New Orleans amounts to an offset of over 7.4 million metric tons of carbon dioxide.

And then there’s the reduced waste – the Cool Roof coating is applied right over an existing roof, which means no messy teardown or trips to the landfill.

Lamouranne has long been an advocate for sustainability and green methods. When he was hired by McDonald’s to paint almost all of the interiors and exteriors of the restaurants in the South, he chose eco-friendly products. While working there, Lamouranne was inspired to learn how to convert used deep-fryer oil into fuel. While in the process of developing an engine that ran on the deep-fryer fuel that was strong enough to power an entire McDonald’s facility, his investor passed away.

While looking for ways to reduce the HVAC load on his generator, however, Lamouranne discovered the roof coatings.

“I started to realize I was making a bigger impact on both the energy bills and the environment with this option than I could making fuel,” he says. “All while stopping critical water leaks from entering commercial facilities.”

“Initially, my company name used my initials,” Lamouranne says, “but the name wasn’t big enough. We were doing eco-friendly work and I wanted the name to reflect that. I combined Energy Star® and “green” to create GreenStar Coatings.” 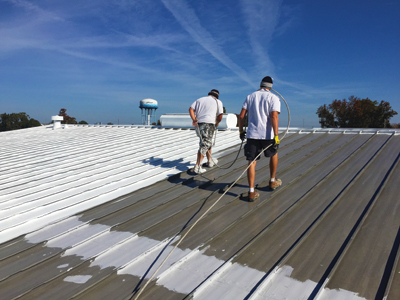 GreenStar’s Cool Roof coating can be applied right over an existing roof. By lowering roof temperatures up to 65 degrees, it cuts energy costs for local businesses.

Lamouranne says that most companies who reach out to him are looking to replace their entire roofs, and while traditional roofing companies would do just that, his company actually repairs and retrofits the roof, saving the customer thousands of dollars from the start.

He notes that there is currently one other local company of like capacity that provides a similar product, but says he is confident that his customer service and excellent crew keep him above the competition.

“I used Google Earth,” he says, “and I pinpointed the bad roofs, which you can tell by their red color from the rust. I then changed to ‘Street View’ to get the company’s name and I mailed them a brochure. I have also started to use ‘One Roof For Life’ as our motto.”

GreenStar Coatings is about to install a roof on a local Sherwin Williams store.

“You know you’re doing something right when the largest paint manufacturer on Earth, Sherwin-Williams, chooses us to coat their commercial roof,” he says. 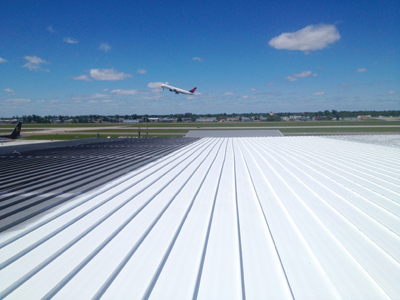 GreenStar Coatings has kept overhead at a minimum through a non-exclusive arrangement with a local general contractor. In exchange for serving as the company’s solutions provider – allowing them to offer their clients with aging roofs a very cost-effective option – GreenStar is able to use their office facilities as a base location.

“This type of a win-win arrangement is open to any construction company where GreenStar Coatings is their solutions provider,” Lamouranne says.

While Lamouranne is typically hands-on with each job, he also has a dedicated crew of four full-time installers. He takes pride in the fact that he hasn’t had any staff turnover in the past three years and credits “making sure the job sites are fun and celebrating as a team after the job is complete. The crew also gets personal satisfaction from working with green products and a green company,” he says.

According to Lamouranne, traditional roofers charge an average of $9-$13 per square foot, while his company charges $3 per square foot. In the last three years alone, GreenStar reached $2.3 million in gross sales.

Lamouranne doesn’t employ an assistant; instead he relies on staying connected to business matters via his iPhone and through “manila folders and more manila folders” to keep paperwork in order.

Most companies think their leaking roofs and persistent heating and cooling issues require brand new roofs, but Lamouranne says that isn’t the case.

“My biggest challenge is creating awareness for the Cool Roof coating product itself,” he says. “Most companies don’t have to replace their roofs and I would say only 1 in 20 actually need to do so. My product repairs damage and resurfaces existing metal, asphalt or flat roofs for a fraction of the cost of a replacement.” 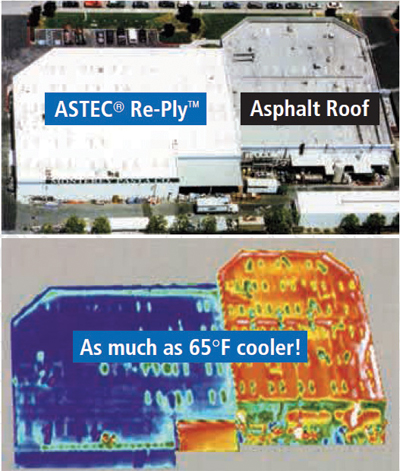 A thermal mapping showing the heat difference between a GreenStar roof and a typical asphalt commercial roof.

Plans for the Future

GreenStar Coatings is in talks to coat another hangar at Louis Armstrong International Airport, as well as a project with Atlantic Aviation at a private airport in Virginia.

The company also has a prospective alliance with a solar energy company that uses dual-sided solar panels. The idea is that the Cool Roof will complement the solar panels while making them more efficient.

Lamouranne also shared that the solar industry is developing liquid solar cells. He anticipates that in eight to 10 years his company “will be poised to partner with a product as a clean substrate for the liquid solar cells to be applied to.”