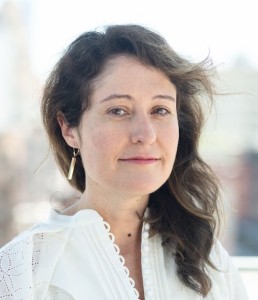 NEW ORLEANS — Prospect New Orleans, a citywide contemporary art triennial, has announced the appointment of Miranda Lash as artistic director of the upcoming Prospect.6, which is slated to open in 2024.

“Miranda will bring extensive knowledge of both our city and organization to the next Prospect Triennial,” said Nick Stillman, executive director of Prospect New Orleans. “We are thrilled to collaborate with her as her curatorial vision comes to fruition over the next two years.”

Raised in a Spanish-speaking Latinx household in southern California, Lash has long been concerned with forging new connections between disparate perspectives, communities and histories, imbuing all of her curatorial work with scholarly rigor and care.

“I am greatly looking forward to returning to New Orleans for Prospect.6. In many ways this is a homecoming, as New Orleans’ traditions, themes and artists have always influenced my practice, said Lash. “I find myself continuously returning to the lessons and inspiration given to me by this special place on a daily basis, and am thrilled to collaborate with artists and facilitate international artistic dialogues in a city I care for so deeply.”

Prospect invites curators from across the contemporary art world to explore underappreciated histories, champion the lives and works of artists both from New Orleans and around the world, and explore new sites and contexts for exhibiting contemporary art.