The announcement was made at the annual Propeller Pop event, held Nov. 16 at their headquarters on South Broad Street.

The fund is aimed for entrepreneurs who may not be able to get traditional loans, including minorities and women business owners, said Andrea Chen, executive director and co-founder of Propeller.

Linda Usdin, board chair for Propeller, called the fund a “game changer” for entrepreneurs.

The $1 million loan fund is powered by the Foundation for Louisiana and primary investor Living Cities, a collaborative of global foundations and financial institutions that fund initiatives nationwide to fight poverty.

“In New Orleans, people of color make up 60 percent of the population, but only 27 percent of businesses,” said Ben Hecht, president and CEO of Living Cities. “We are thrilled with what this fund is going to do.”

“At a time when our country and our city are grappling with issues of equity, including race and gender, we know that it is critical to tackle these issues head-on,” said Chen. 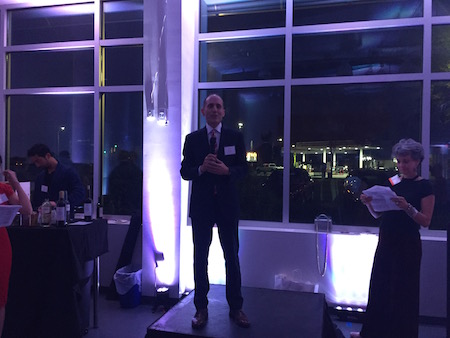 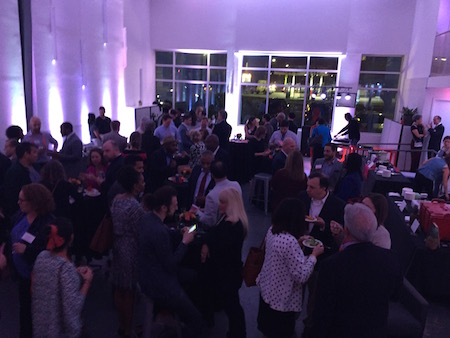 As attendees learned about Propeller’s 2017 startup ventures and entrepreneurs, they were treated to dishes by 11 local pop-up chefs who serve food at festivals and pop-up kitchens in New Orleans.

With more than 100 guests at the event, it gave the chefs plenty of exposure for potential future followers.

The menus were varied, with savory dishes like apple and hickory smoked pork belly bites and NOLA seafood cheesecake as well as sweet glazed donut holes and organic popsicles.  Authentic macaroons were served by French baker Sully Fournigault, who moved to New Orleans from France one year ago and recently launched a macaroon catering business.

Sarah Davis, who runs pasta pop-up Gattone Grasso! with Lauren Miller, said they started the business after the rave reviews they got from making handmade pasta each week for Sopranos TV nights.

“A year ago, we went to Pal’s Lounge with our handmade pasta, and we kept selling out of it,” said Davis. Gattone Grasso! now serves pasta dishes two nights a week in pop-up kitchens.

Drinks at the event were served from local businesses, Roulaison Distillary Co and Broad Street Cider & Ale, which served a tangy Duchess of Devonshire cider infused with Earl Grey tea.

All the pop-up chefs were able to mingle with Martha Wiggins, executive chef at Slyvain, who served hors d’oueuvers at the event’s earlier patron party and was honored on stage for her success in New Orleans.

A face glitter “bar,” massage chairs manned by massage therapists from Zeel, and a raffle with generous donations from local businesses added to the festive—and celebratory—fête. 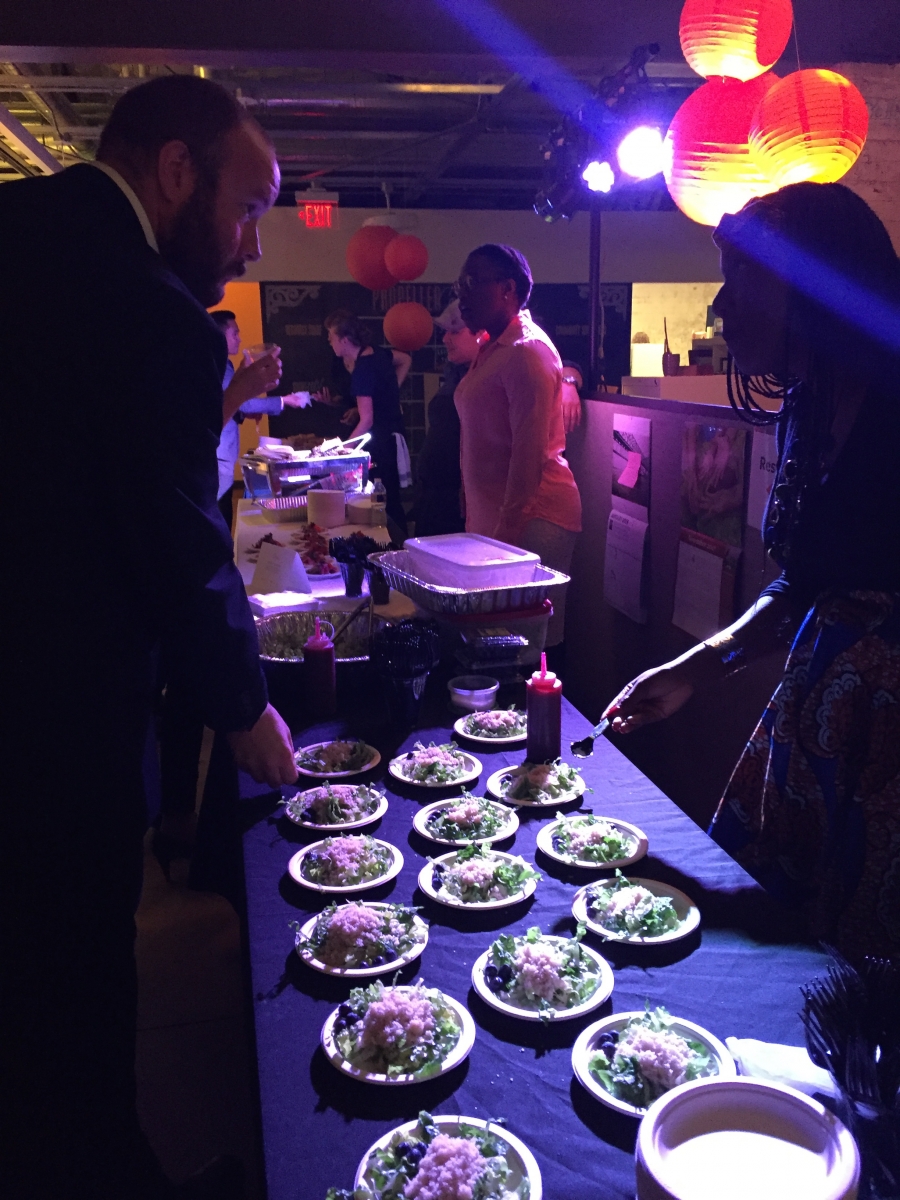 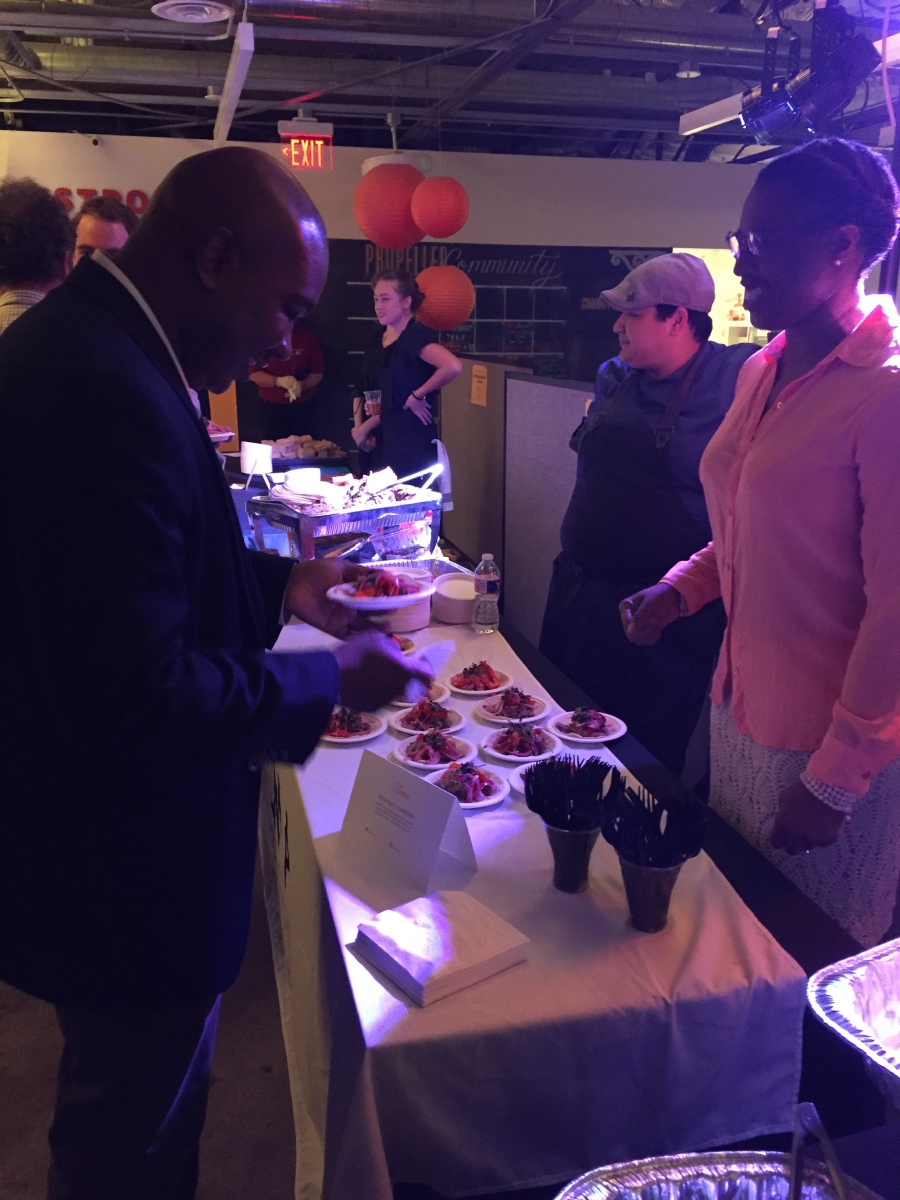 Check on each pop up chef’s social media page by clicking on their name below: