Production With a Mission

You probably know the New Orleans Mission — it’s the largest faith-based private service provider to the homeless in New Orleans, serving over 25,000 people a year.

What you may not know is that it recently launched its own production company, Mission Media Productions, in 2015 and is now pitching a new pilot television series entitled “Rock Bottom and Back,” to national faith-based outlets.

“We had been doing a lot of our own promotional materials — little videos for Facebook and things, for a while when a veteran filmmaker, Steve Scaffidi, noticed that some of our people had some real talent,” says David Bottner, executive director of the New Orleans Mission. “He proposed that we take this and create a business model where we could train men and women in the business.”

Early projects for Mission Media have included some commercials for local companies and a few music videos, but Bottner says the latest project may be a game changer.

“At one of our galas last year, one of the silent auction prizes was for Mission Media to shoot a documentary,” he says. “Usually that would cost about $30,000 but the winning bidder bought it for $9,000 — Earl Heard, CEO of BIC Media Solutions.”

Heard’s idea was to shoot a documentary based on the New York Times best-selling book, “Rock Bottom and Back” by Susan Mustafa. The film tells the stories of six individuals who have hit rock bottom in their lives and their journey to turn their lives around.

Narrated by actor Danny Trejo (“Heat,” “Machete,” “From Dusk Till Dawn”), who himself was a former drug addict and criminal before changing his path, the film includes the story of NBA superstar Stanley Roberts. “My story is actually one of the ones included as well,” adds Bottner. 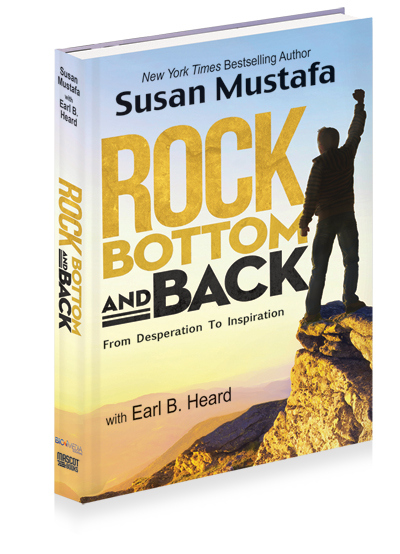 The DVD is currently available at RockBottomAndBack.com, and a special sold out screening of the film, which Mission Media hopes will turn into a TV series, took place at the Prytania Theatre on Aug. 18. Author Susan Mustafa attended the event for a book signing and a portion of the proceeds went to benefit the New Orleans Mission.

The big payoff, however, would be if the pilot gets picked up.

“Right now we have about 17 men and women working in the program, but if this thing succeeds, then the employment opportunities could go through the roof,” says Bottner. “Through Mission Media we’re able to teach people a skilled trade where they can actually go out and make an income that will help them turn their lives around.”

Mission Media Productions currently operates out of two offices within the New Orleans Mission’s administrative offices at 1134 Baronne St., which were donated to the nonprofit by Gardner Realtors.

While they wait to hear about their pilot, Mission Media remains busy every day.

“We have our own series on WWL radio AM 870 and FM 105.3 called ‘Desperate Realit’ that runs every Saturday night from 10 p.m. to midnight where we go out into the city and rescue people live from the streets,” Bottner says. The series is the only one of its kind in the country.

Only two members of the production company are paid employees — Scaffidi and Aaron Wegmann, who does the IT work, but Bottner says two mission residents have graduated to playing leading roles.

“One of our graduates, Devin Black, is a phenomenal photographer and is serving as the editor and cinematographer of both ‘Rock Bottom’ and ‘Desperate Reality,’” he says. “Another, Kirk Lagrange, is serving as and editor for ‘Desperate Reality’ and is overseeing the mission’s social media and community outreach. He is also doing the cinematography for our series, ‘I am a Disciple,’ which tells the stories of some of the people who have gone through the mission.”