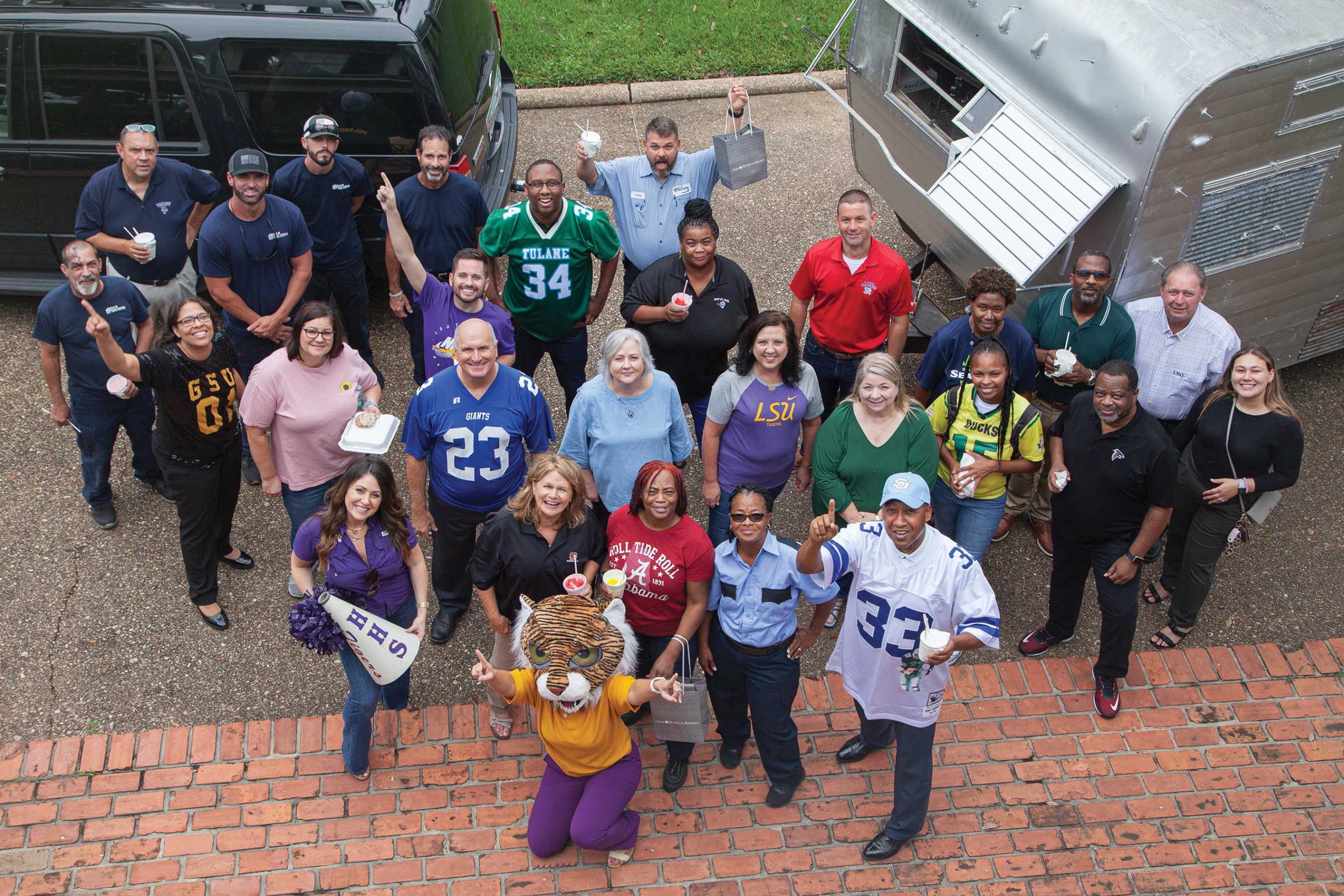 Port of South Louisiana staff celebrated the start of football season with snoballs and a Football Team Day. 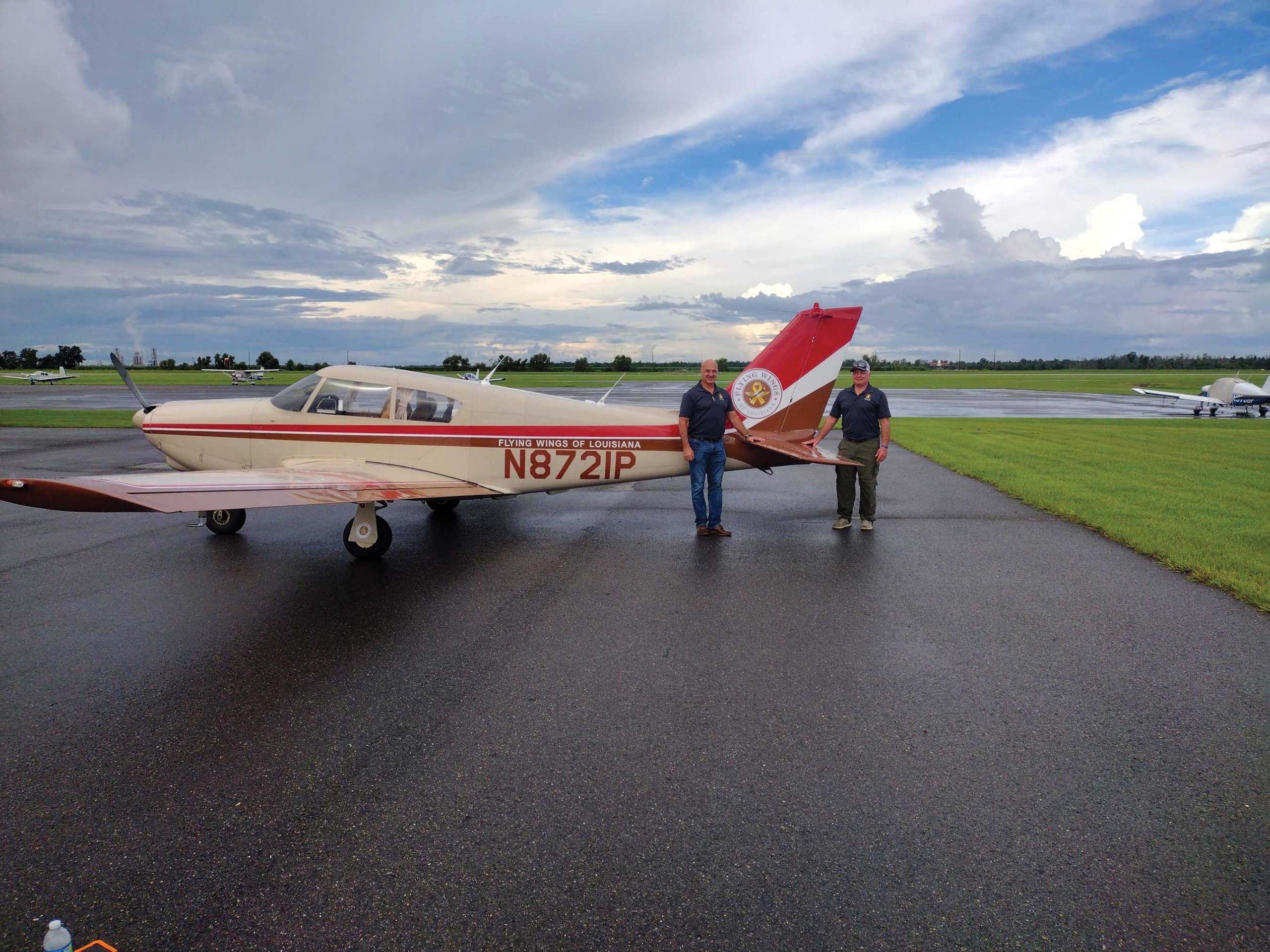 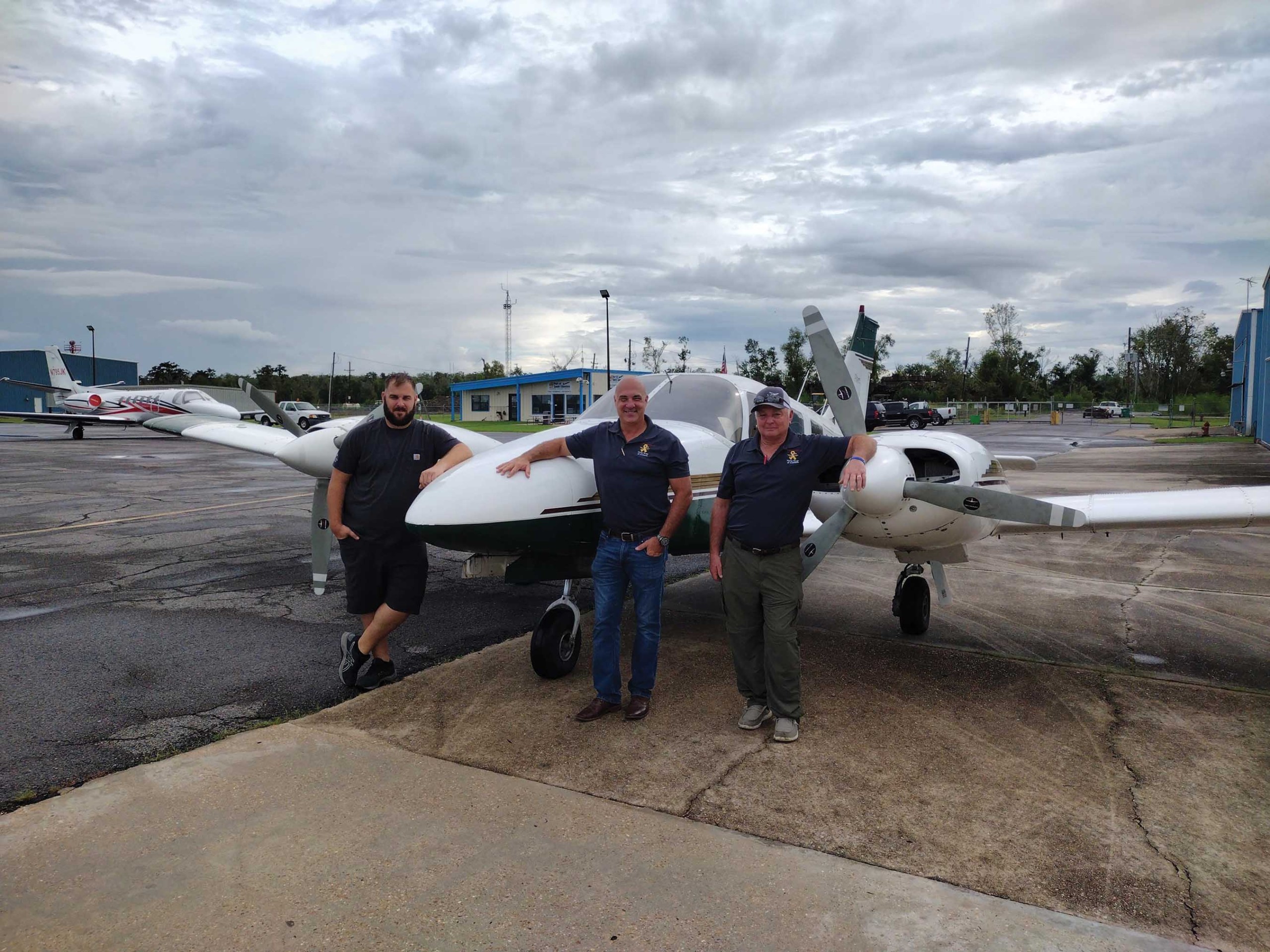 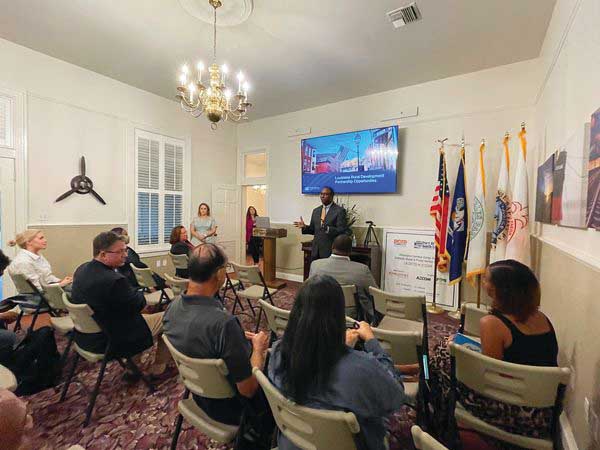 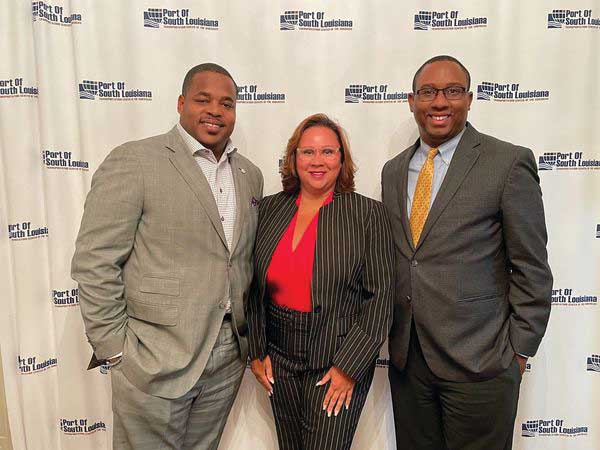 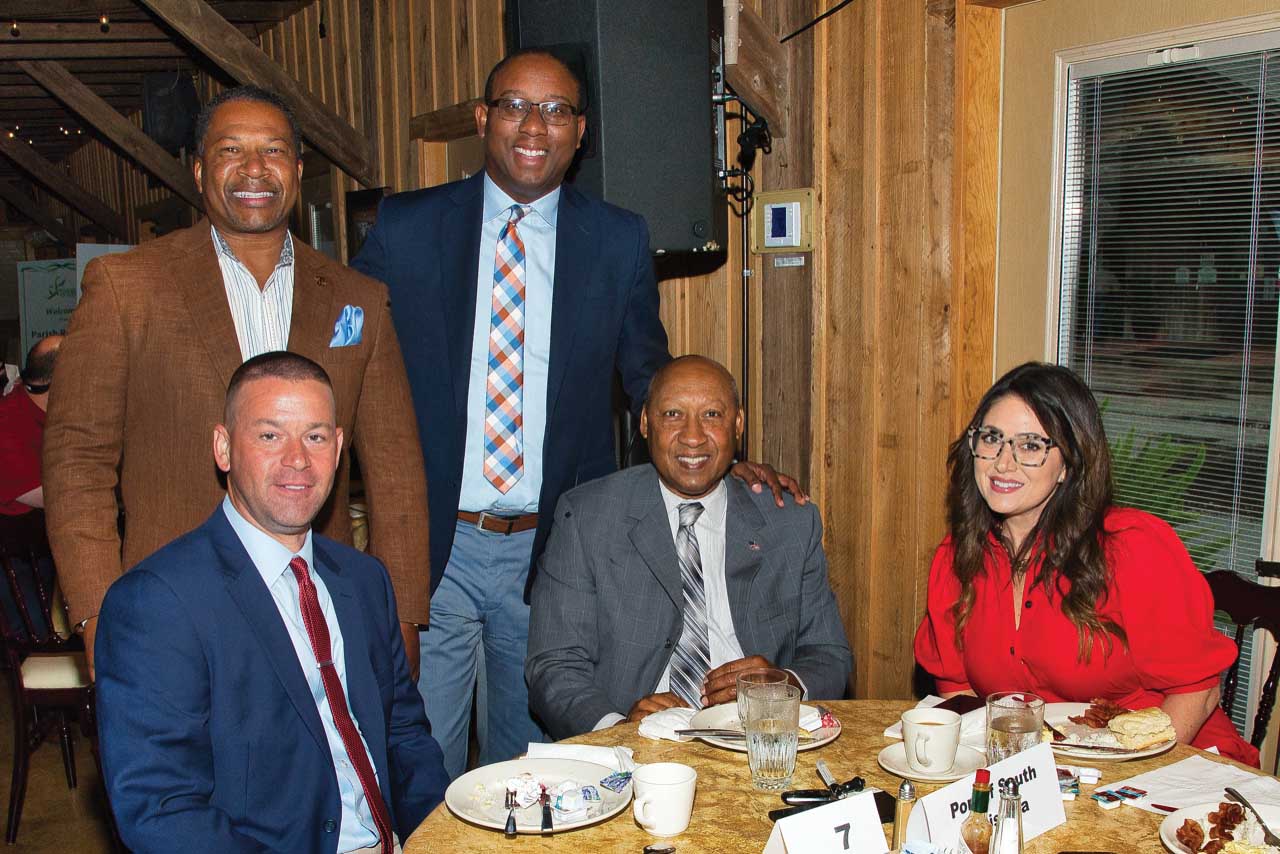 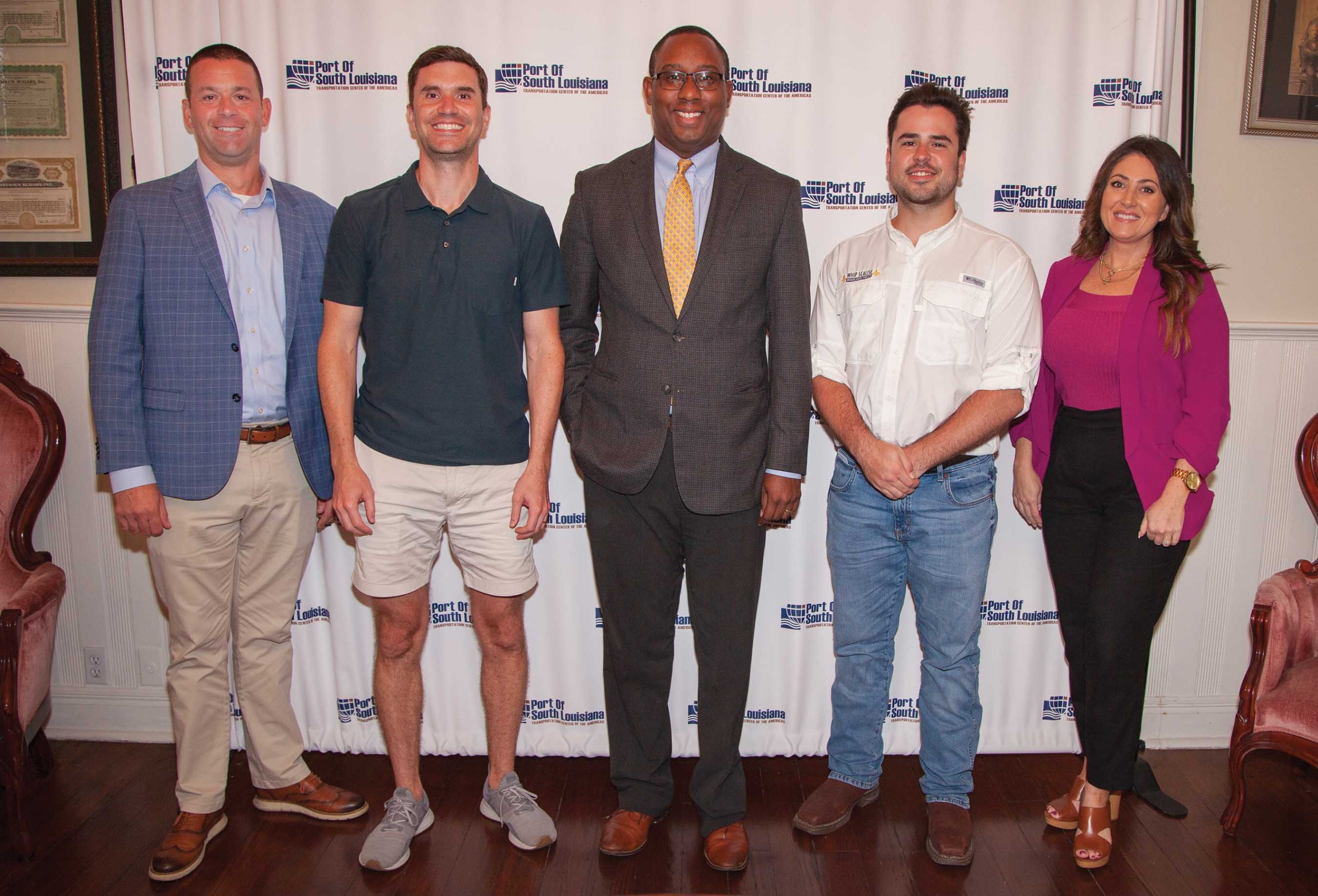 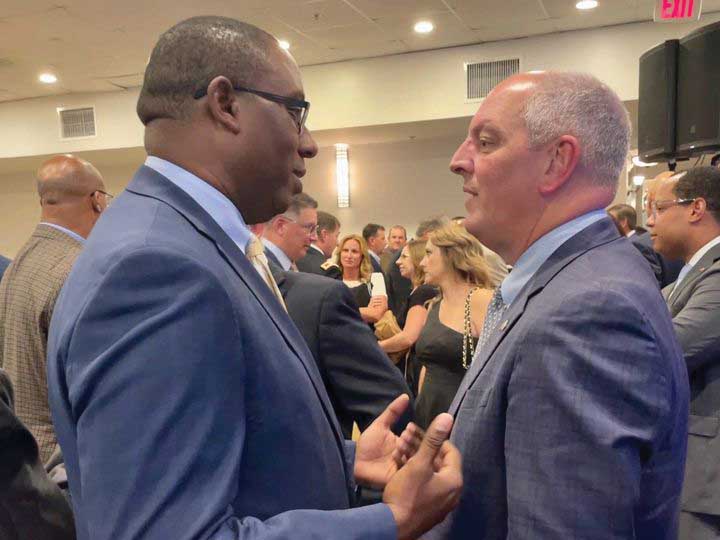 Local leaders gathered to celebrate the completion of Phase 1 of $250 million project to deepen the Mississippi River – an effort to allow larger vessels to navigate to the state’s major ports, like the Port of South Louisiana.

In July, Louisiana River Parish Tourist Commission and American Cruise Lines announced a partnership that will add a River Parishes stop for some of the company’s Louisiana voyages. 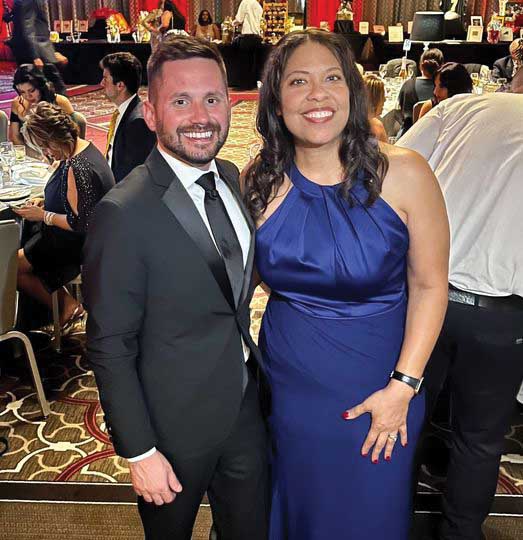 Director of Communications Micah Cormier and Director of Human Resources Tamara Kennedy at the Hispanic Chamber of Commerce of Louisiana 2022 Excelencia Gala. 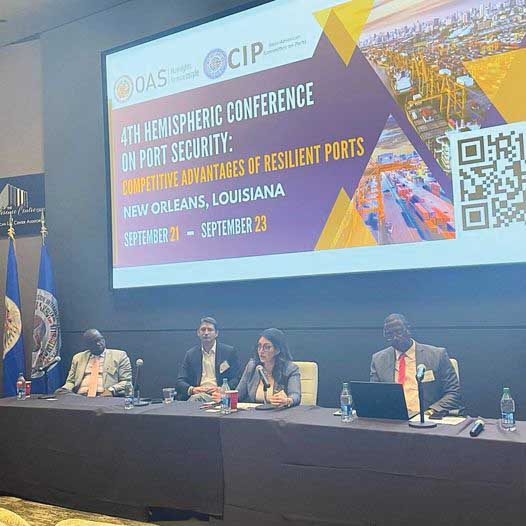 Chief Commercial Officer Julia Fisher on a panel at the 4th Hemispheric Conference on Port Security speaking on the competitive advantages of resilient ports. 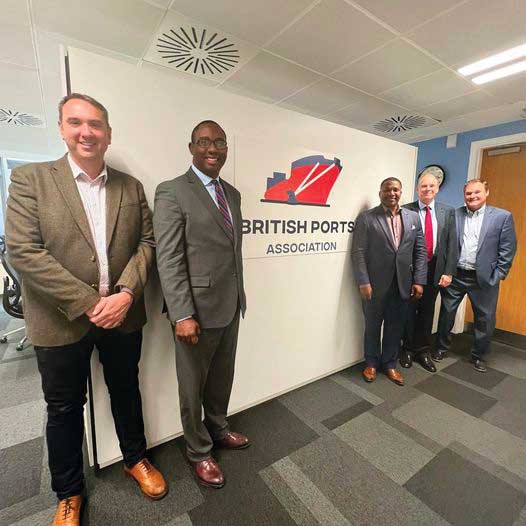 CEO Paul Matthews and Chairman Ryan Burks during their visit with the British Ports Association to exchange ideas on best practices, long-term partnerships, global economics and the geopolitical climate. 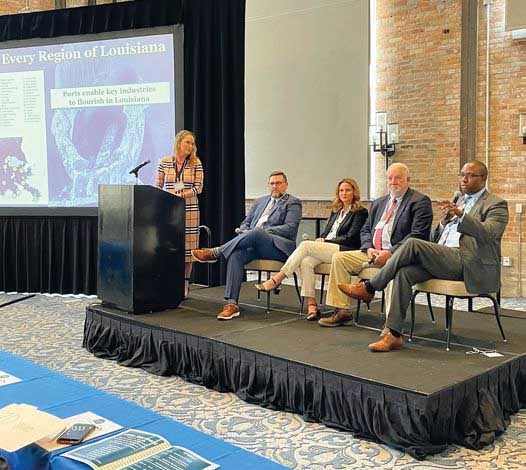 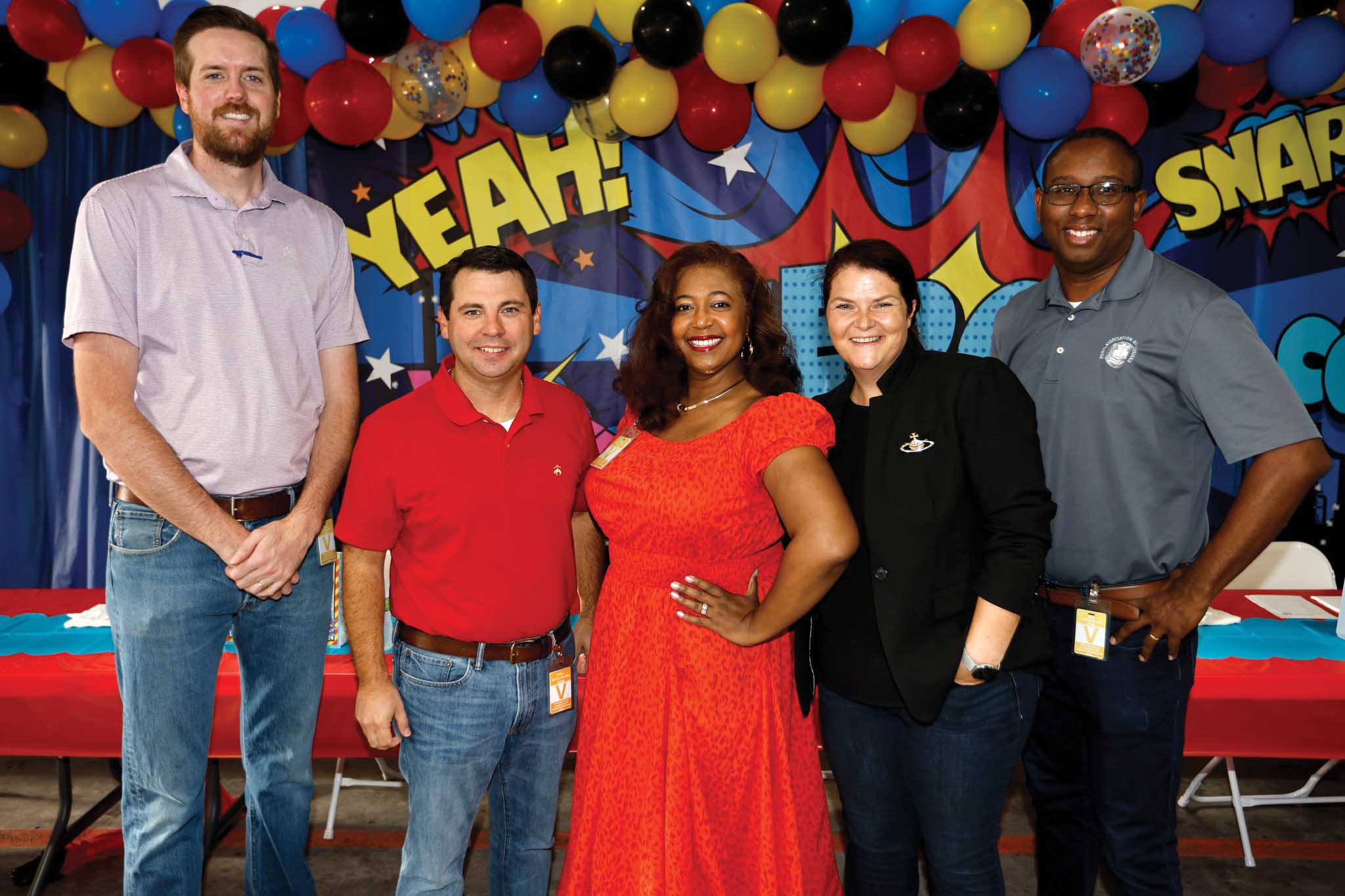 CEO Paul Matthews as one of the judges at the 2022 Shell Norco Manufacturing Complex Battle for the Paddle Jambalaya & Gumbo Cook-off. 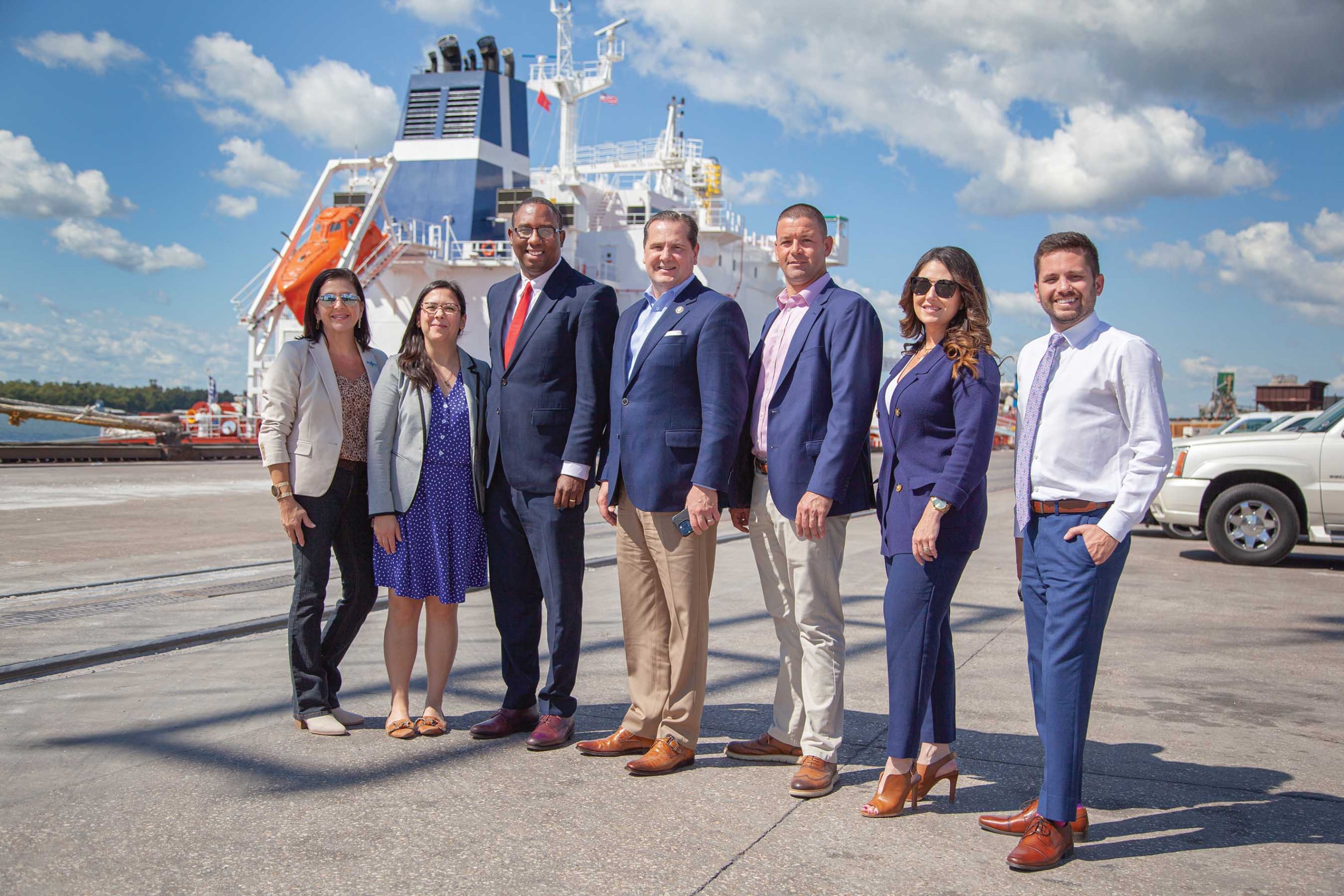 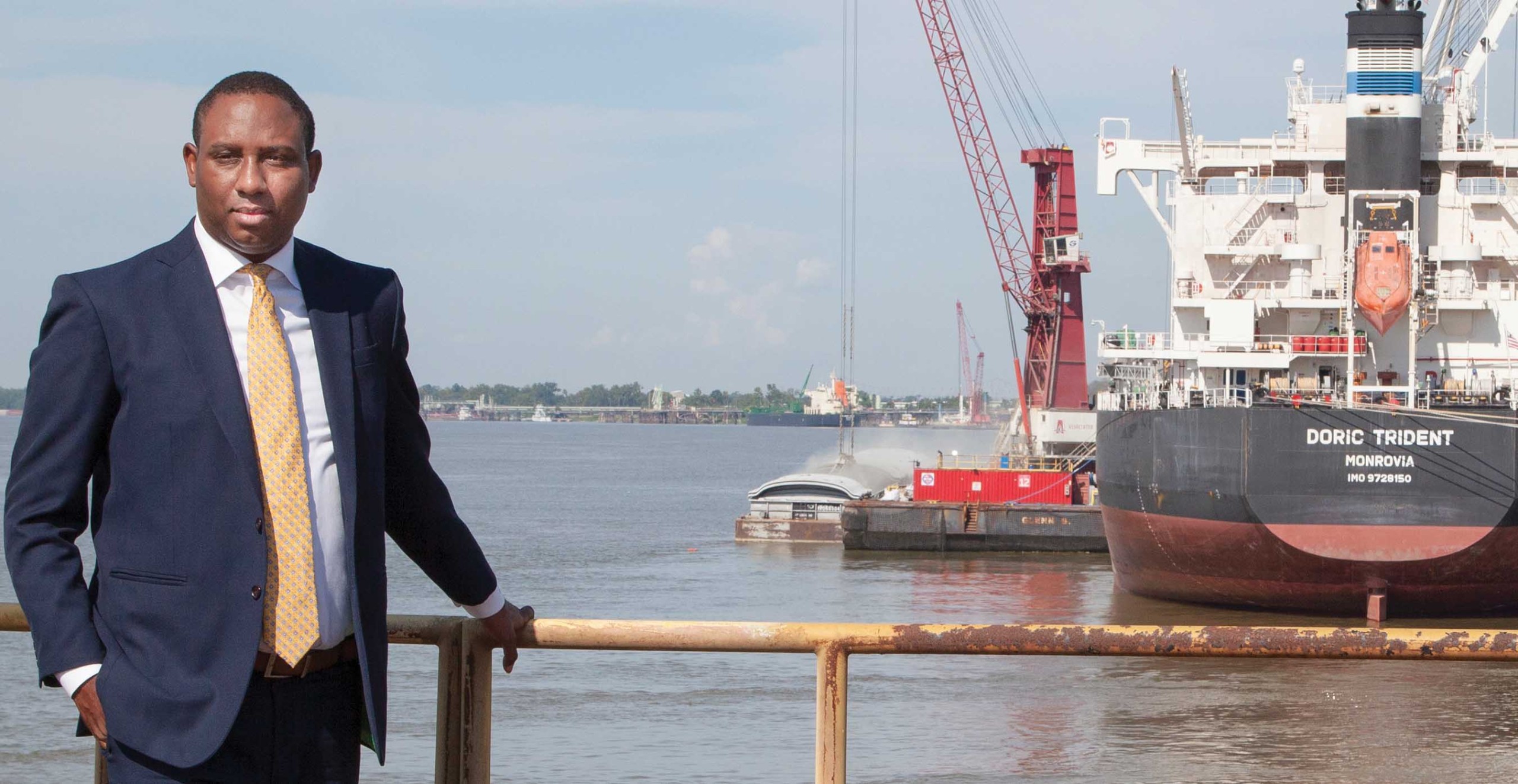 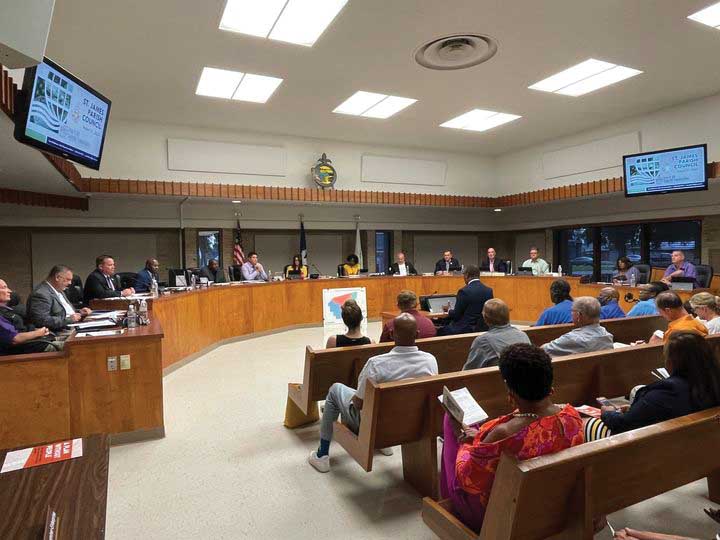 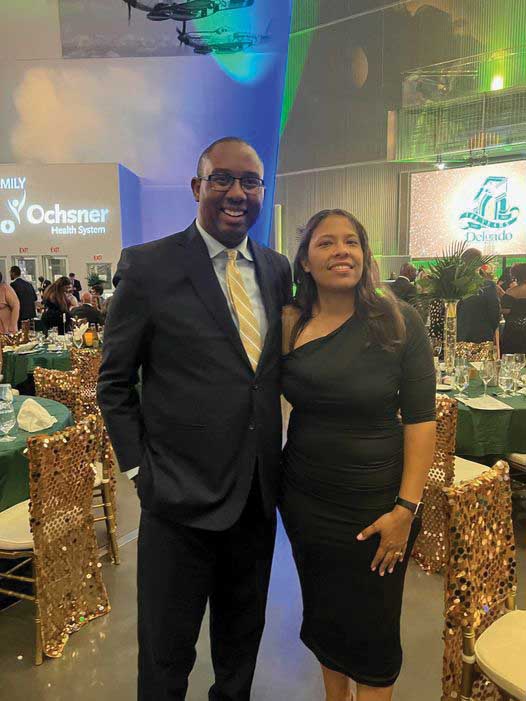 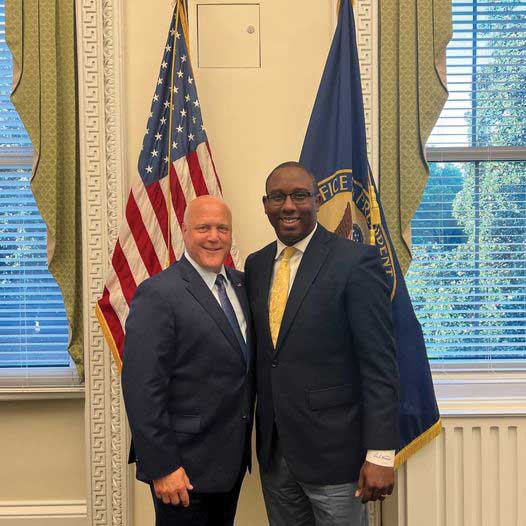 Mitch Landrieu, Senior Advisor to the President of the United States, and CEO Paul Matthews discussing the IIJA and H2theFuture Grant that was awarded to the Port of South Louisiana for being the first port in the nation to bunker e-methanol, an emerging hydrogen-based carbon alternative.