Delta Regional Authority, a congregation of business leaders and elected officials from the Delta Region, visiting the Port of South Louisiana to discuss transportation and infrastructure. 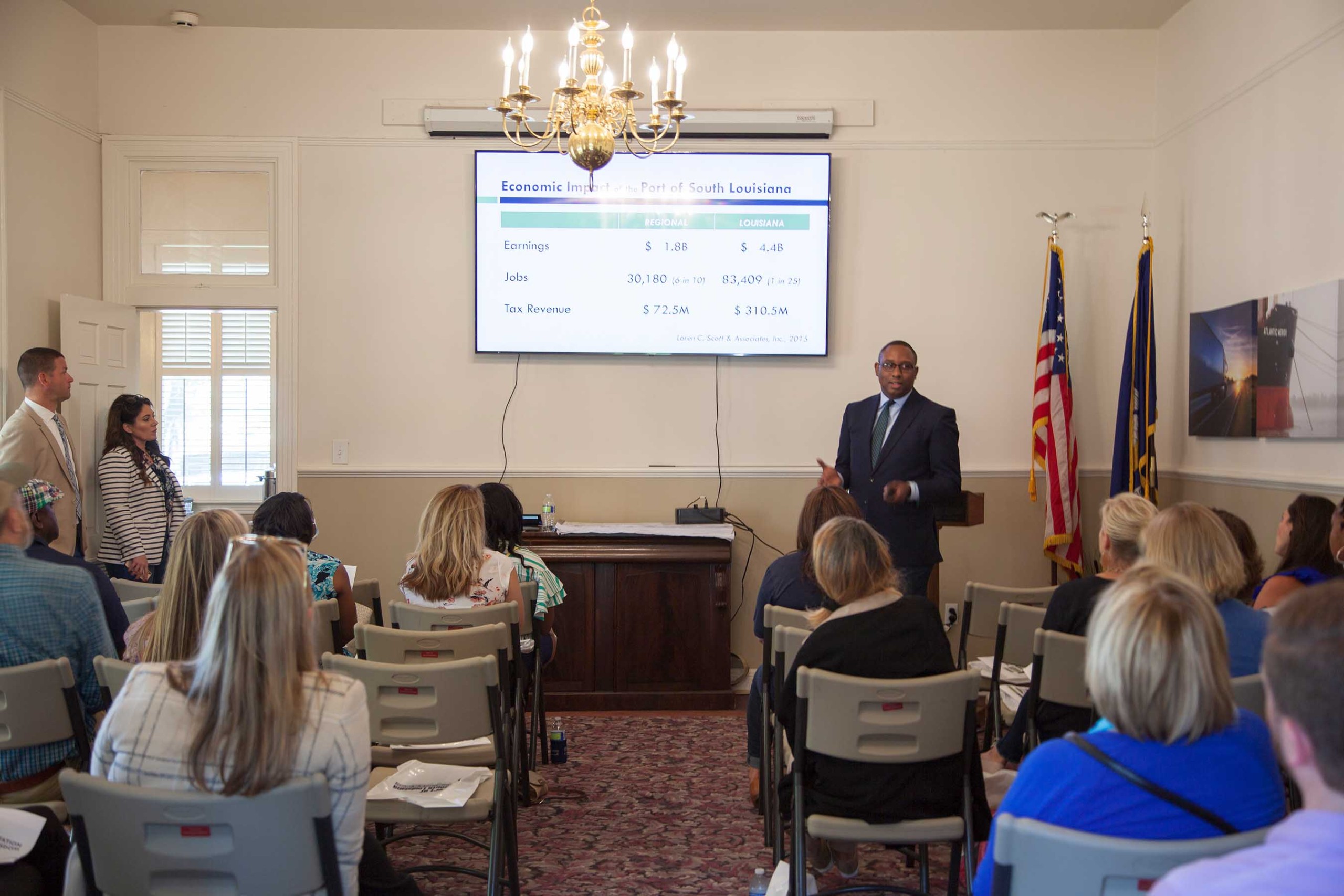 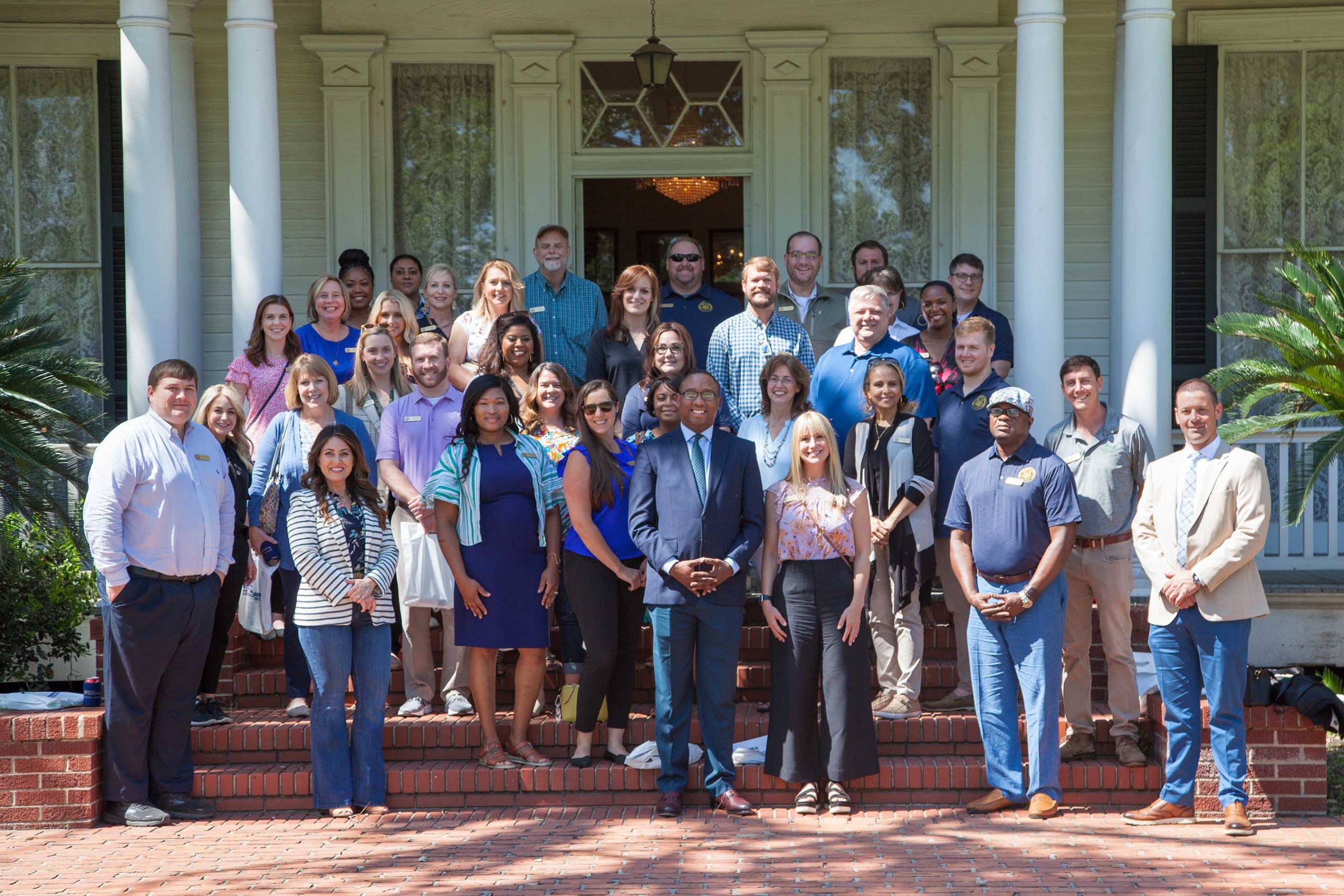 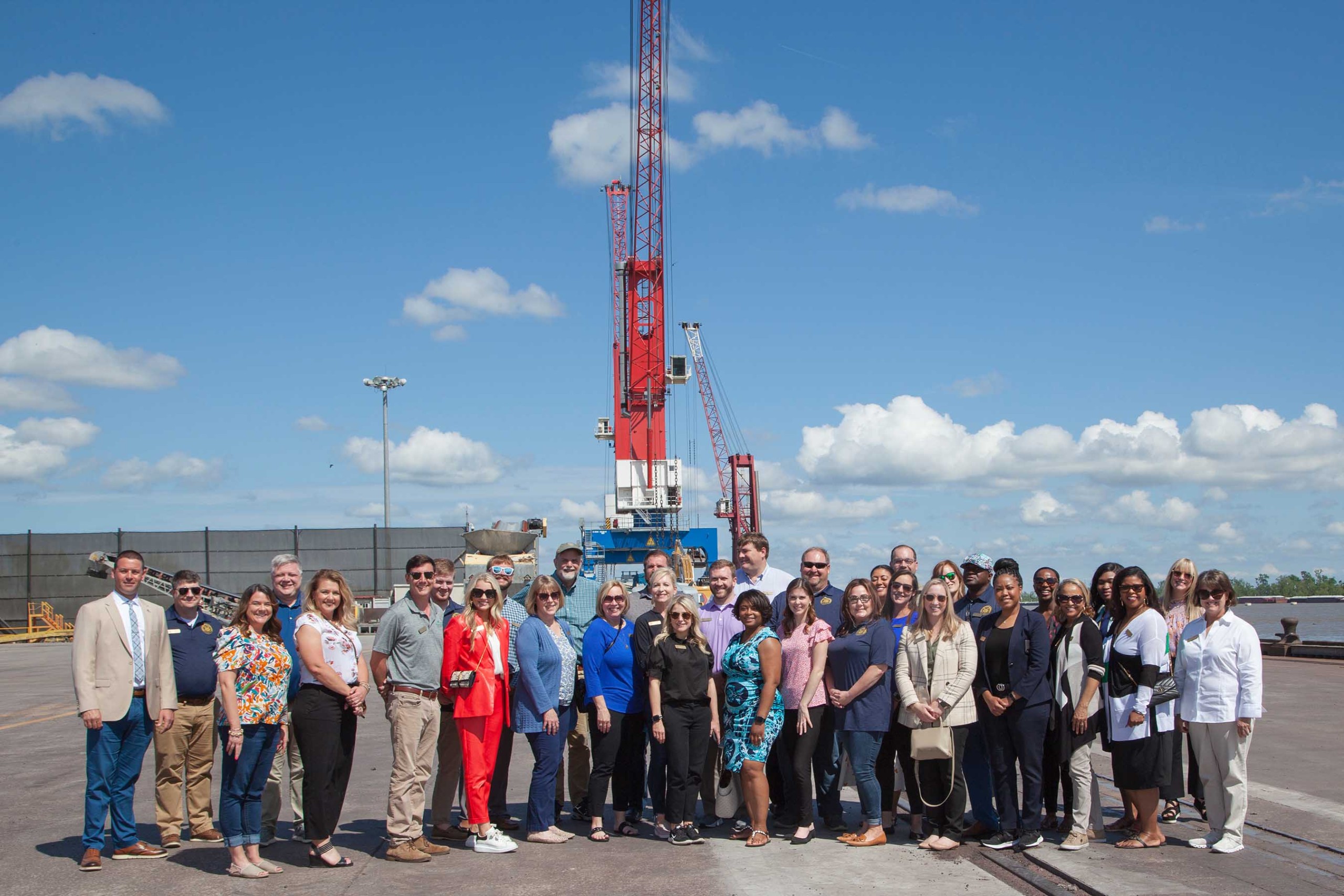 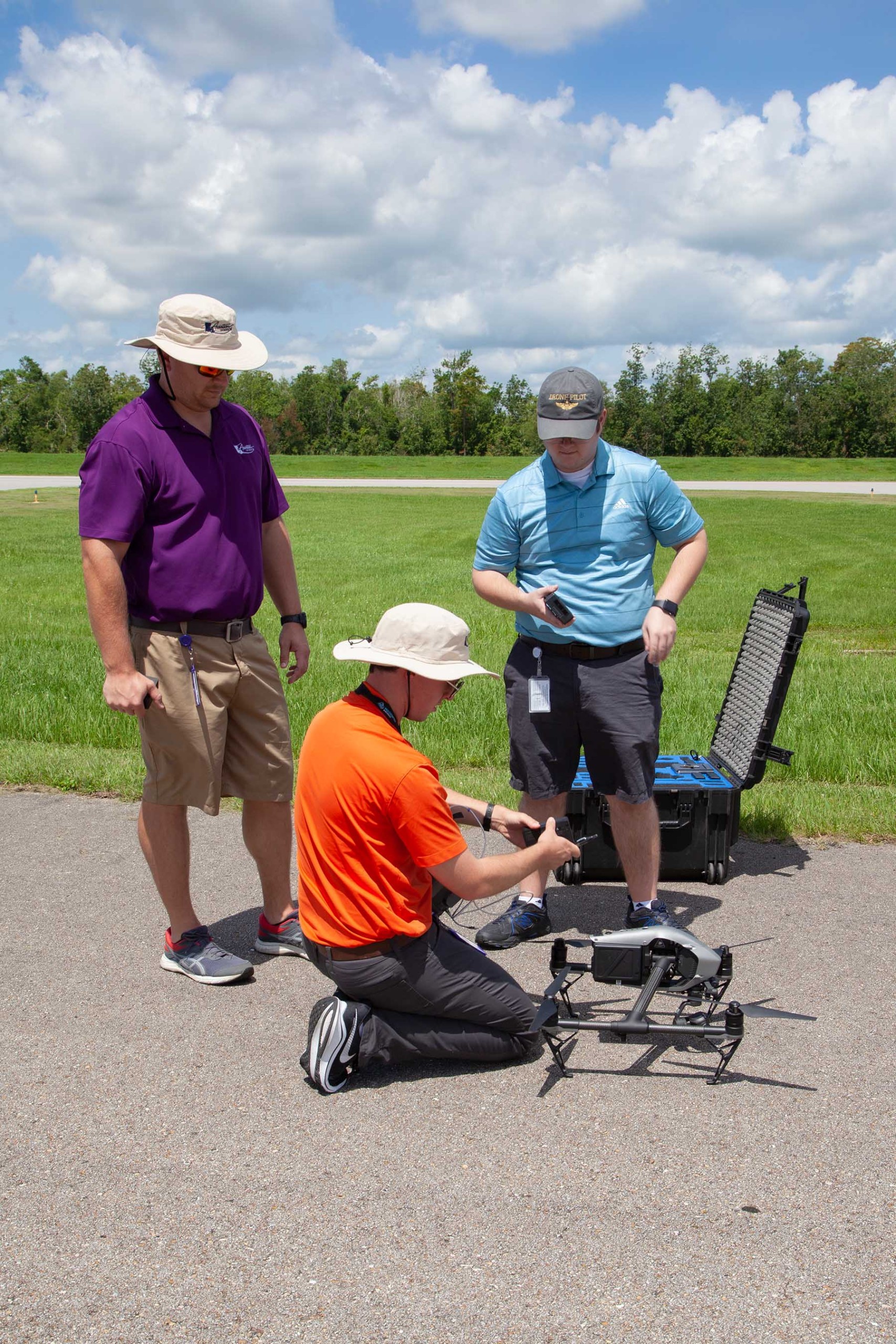 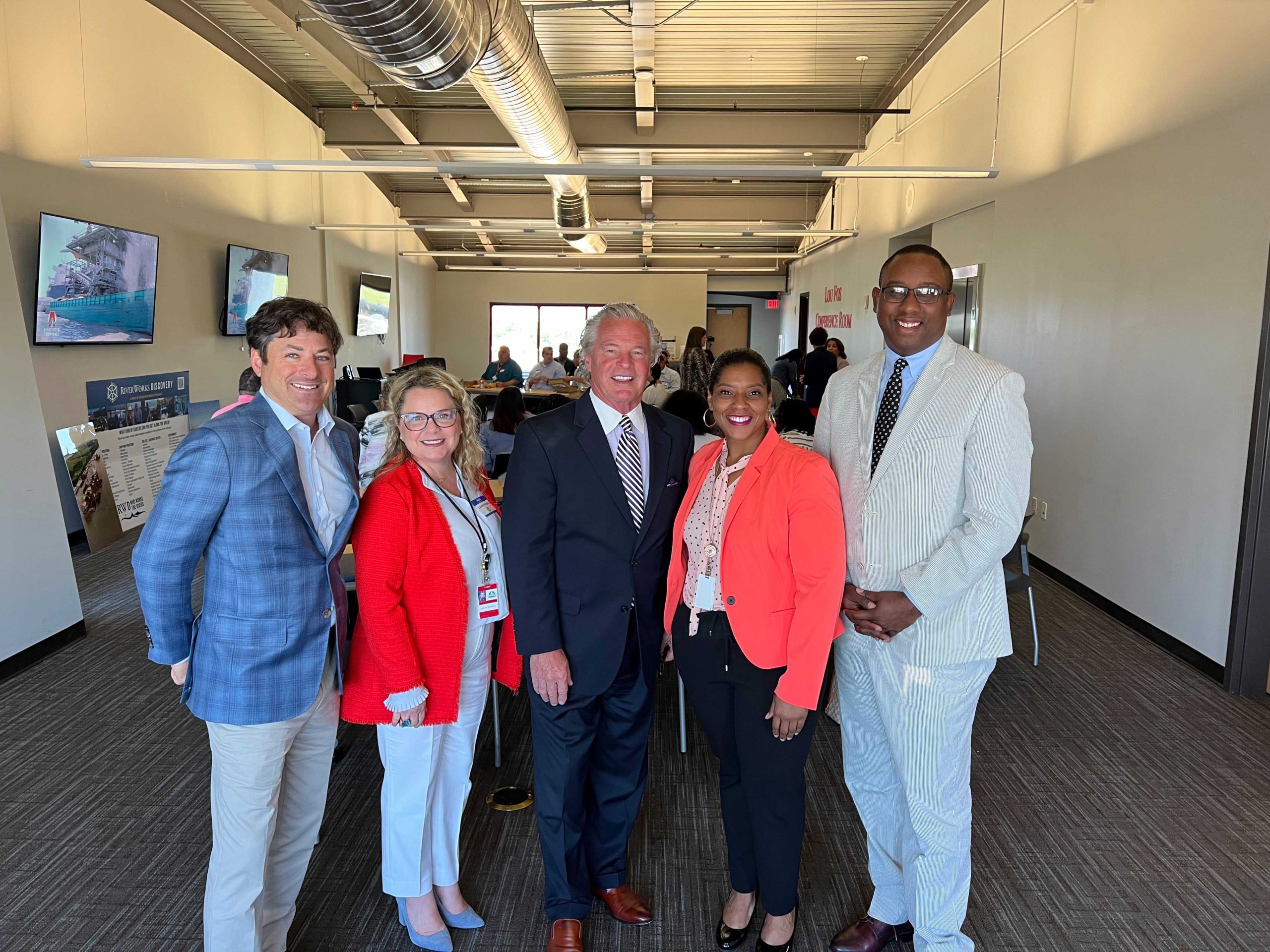 Paul Matthews in April at a speaking engagement with Jefferson Parish high school principals about career paths at Associated Terminals. 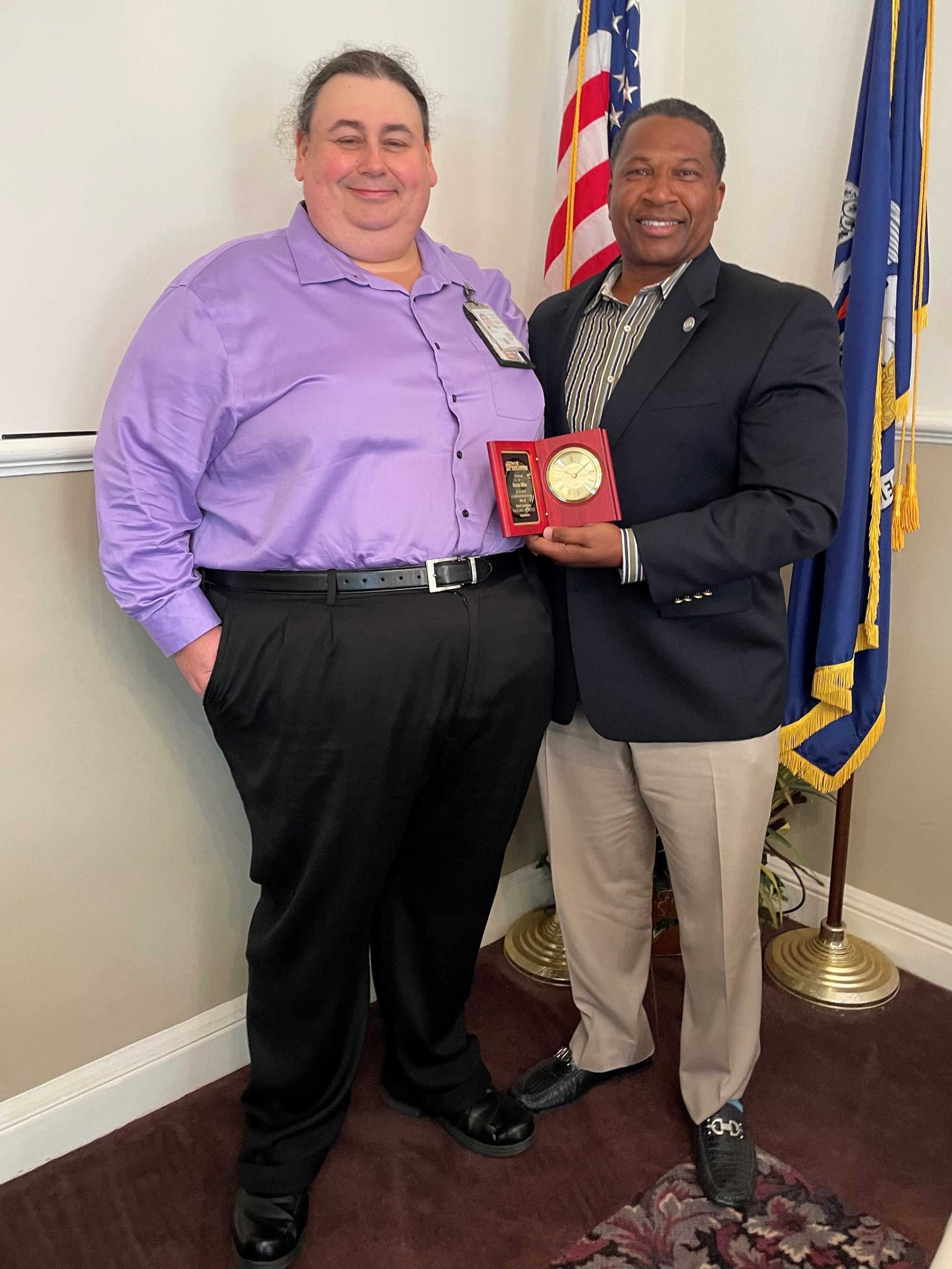 Security Supervisor Dennis Millet being recognized at a commission board meeting upon his retirement after 21 years of service. Pictured here with Commission Chairman Ryan Burks. 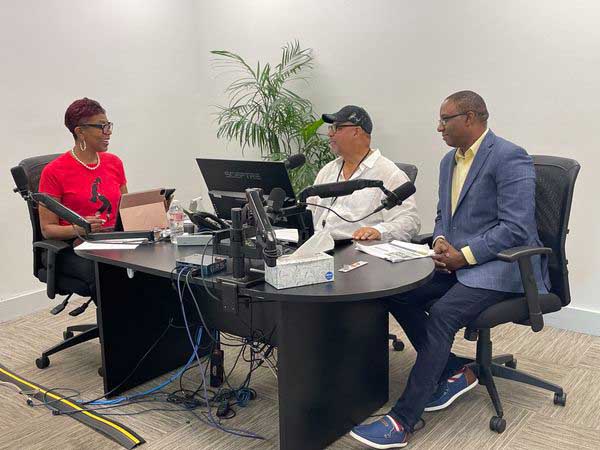 Matthews on WBOK 1230AM in July, speaking about how Louisiana ports can collaborate and the impact Port of South Louisiana has on the world. 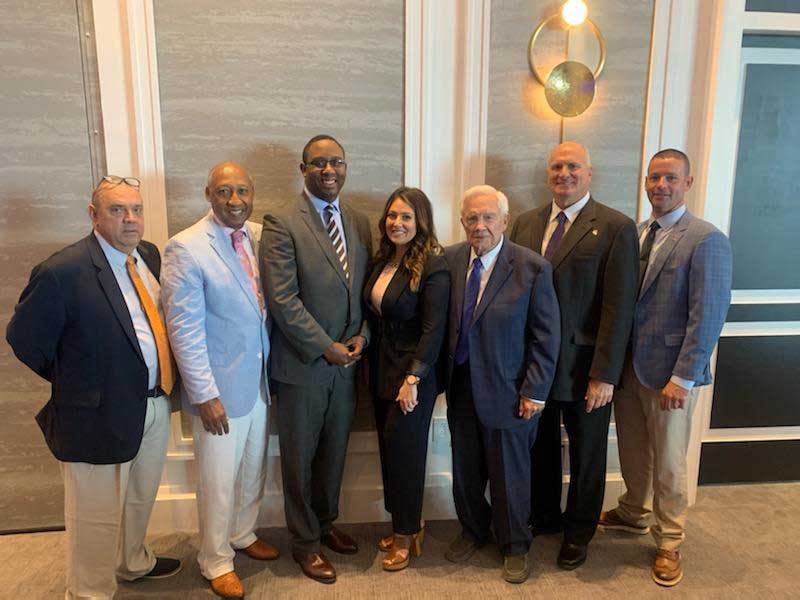 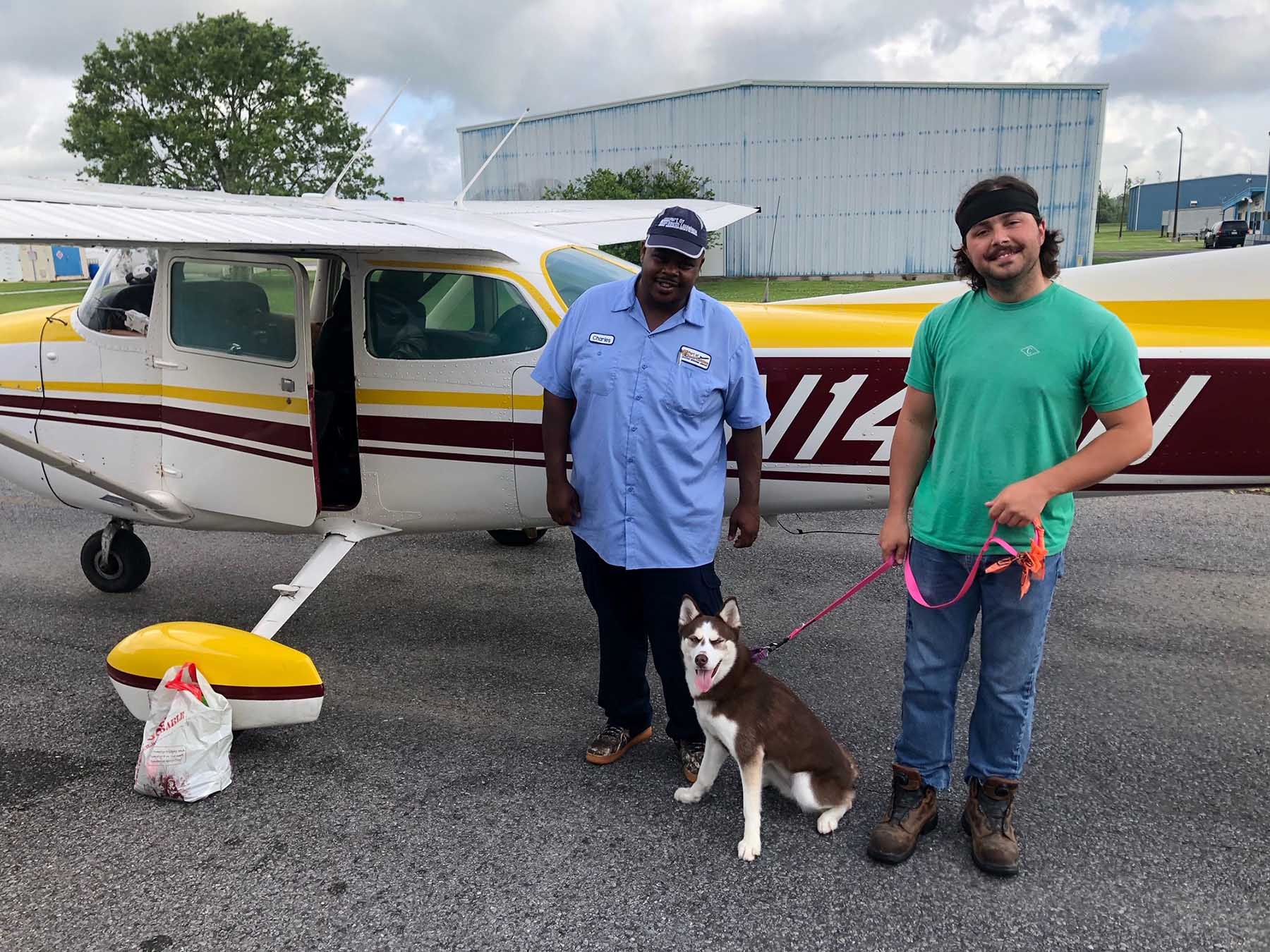 Husky mix Stormy prepares to be flown to her forever home by KAPS tenant Gerald Herbert (R) in May 2022. Also pictured is KAPS Supervisor Charles Palmer. 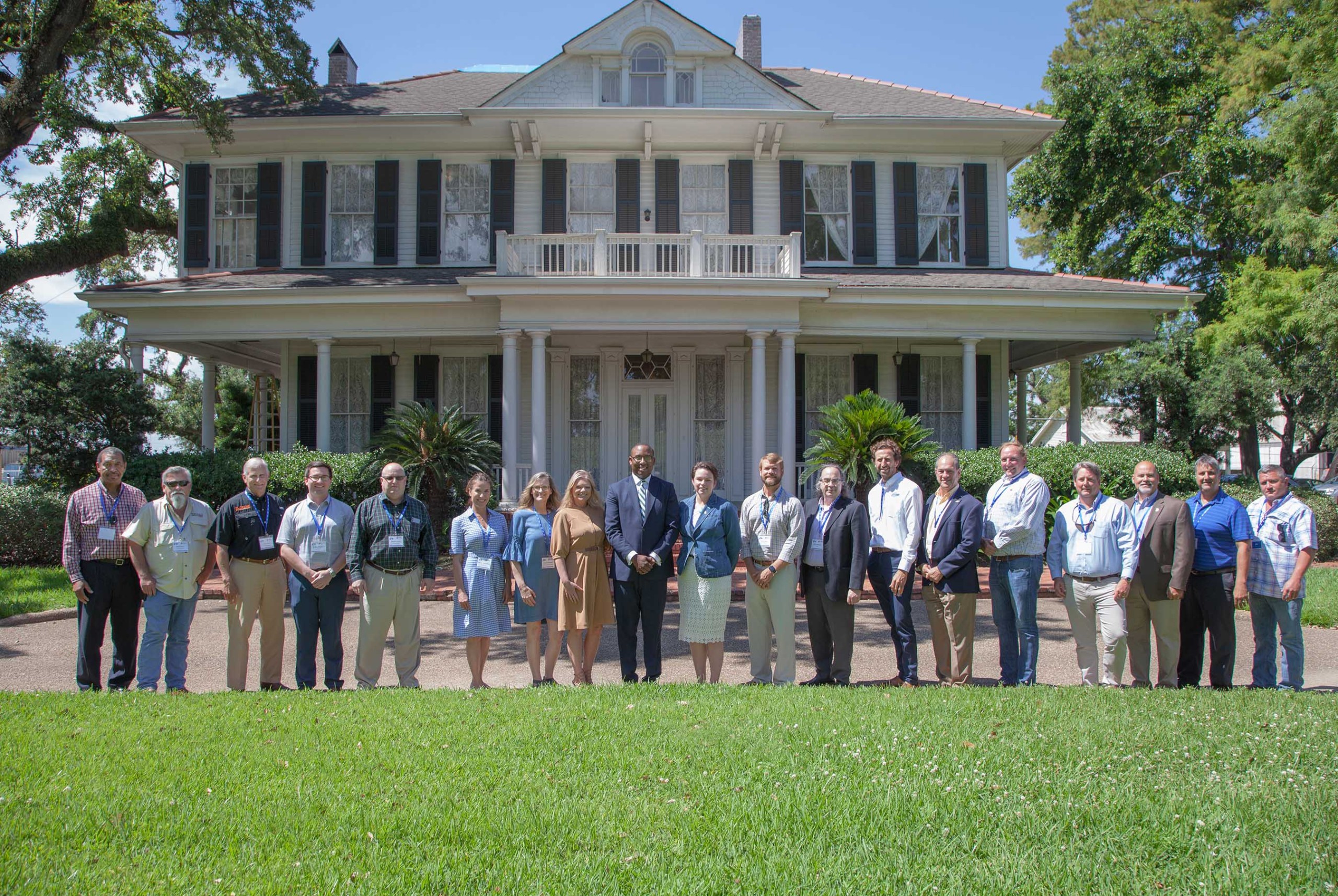 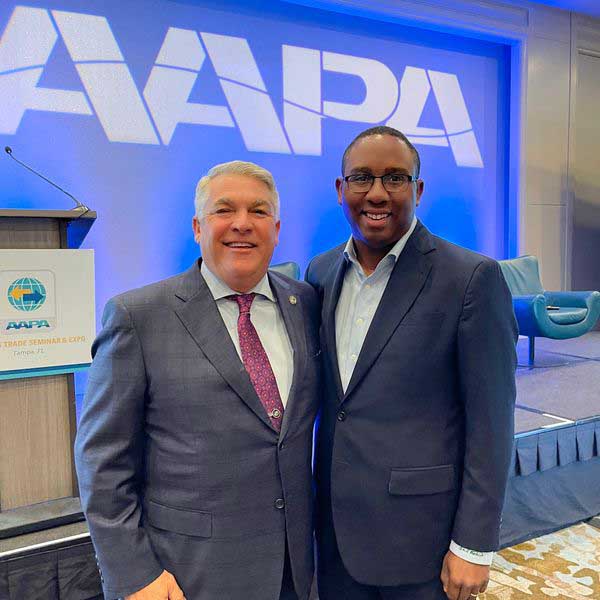 Paul Matthews at the American Association of Port Authorities’ Trade Routes Seminar in June 2022, where he got to catch up with longtime mentor and CEO of Port Tampa Bay, Paul Anderson, and participated in a panel discussion regarding investments by MSC group. 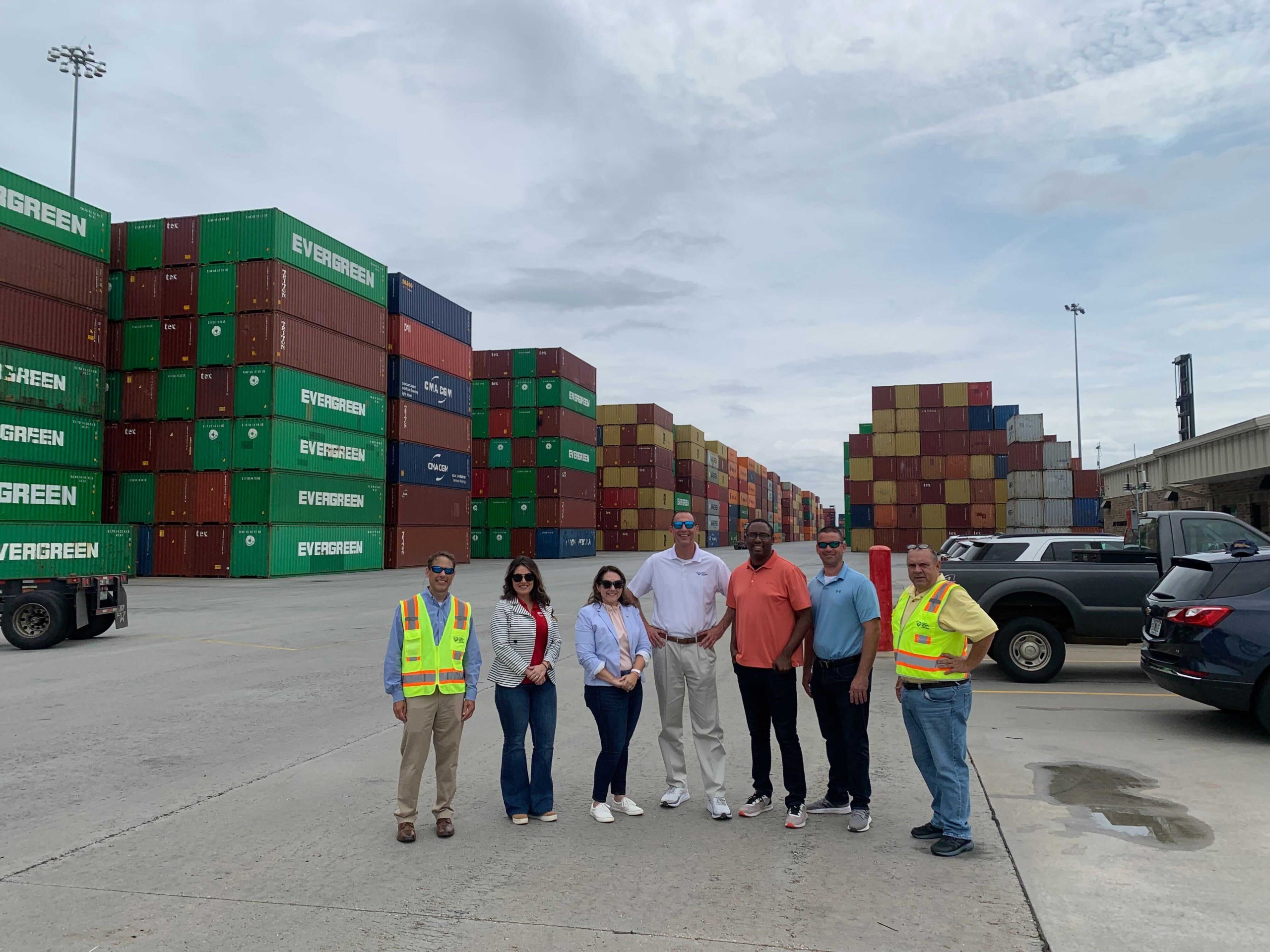 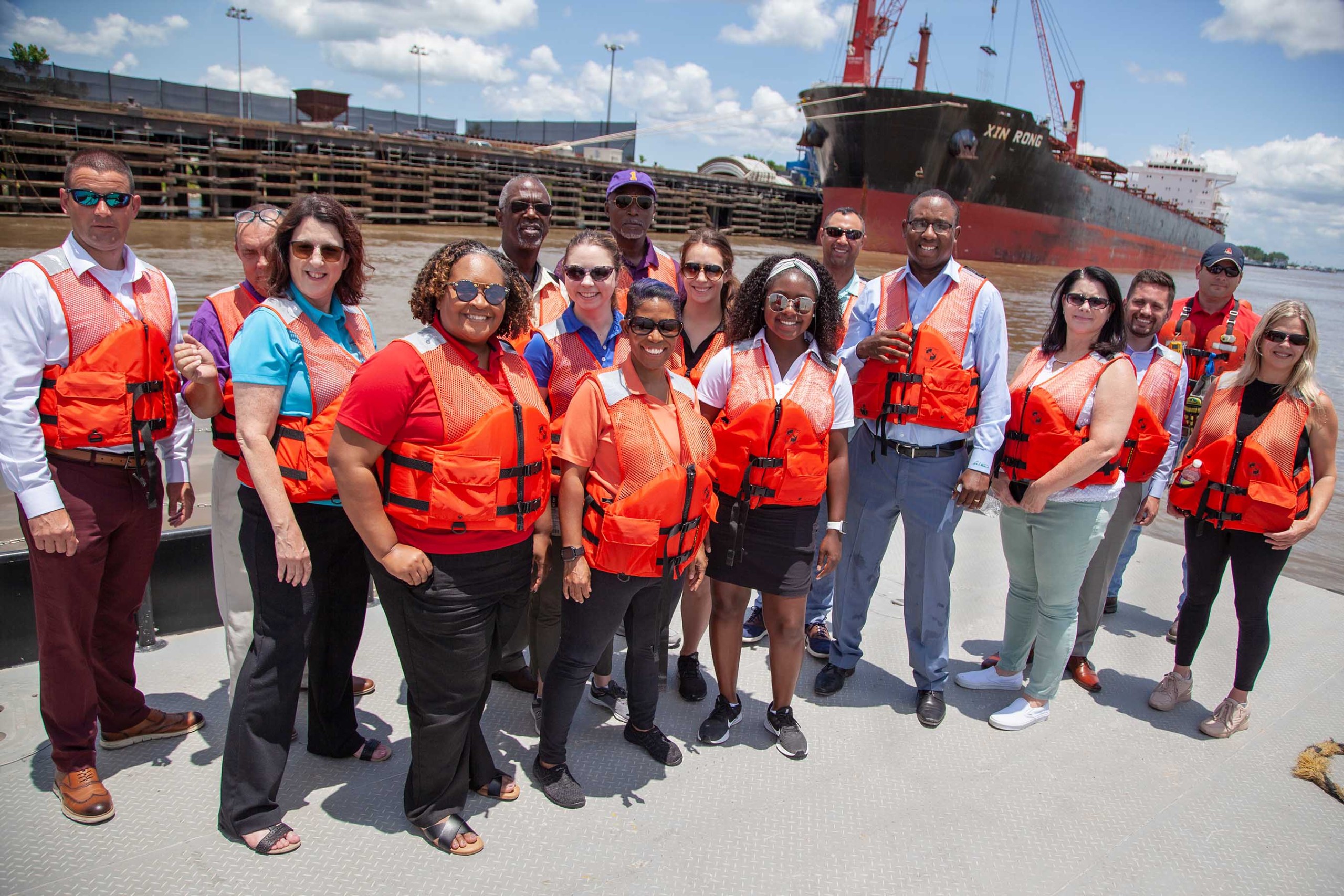 In June, the Port had the privilege of hosting this year’s River Region Chamber Leadership Class of 2022. 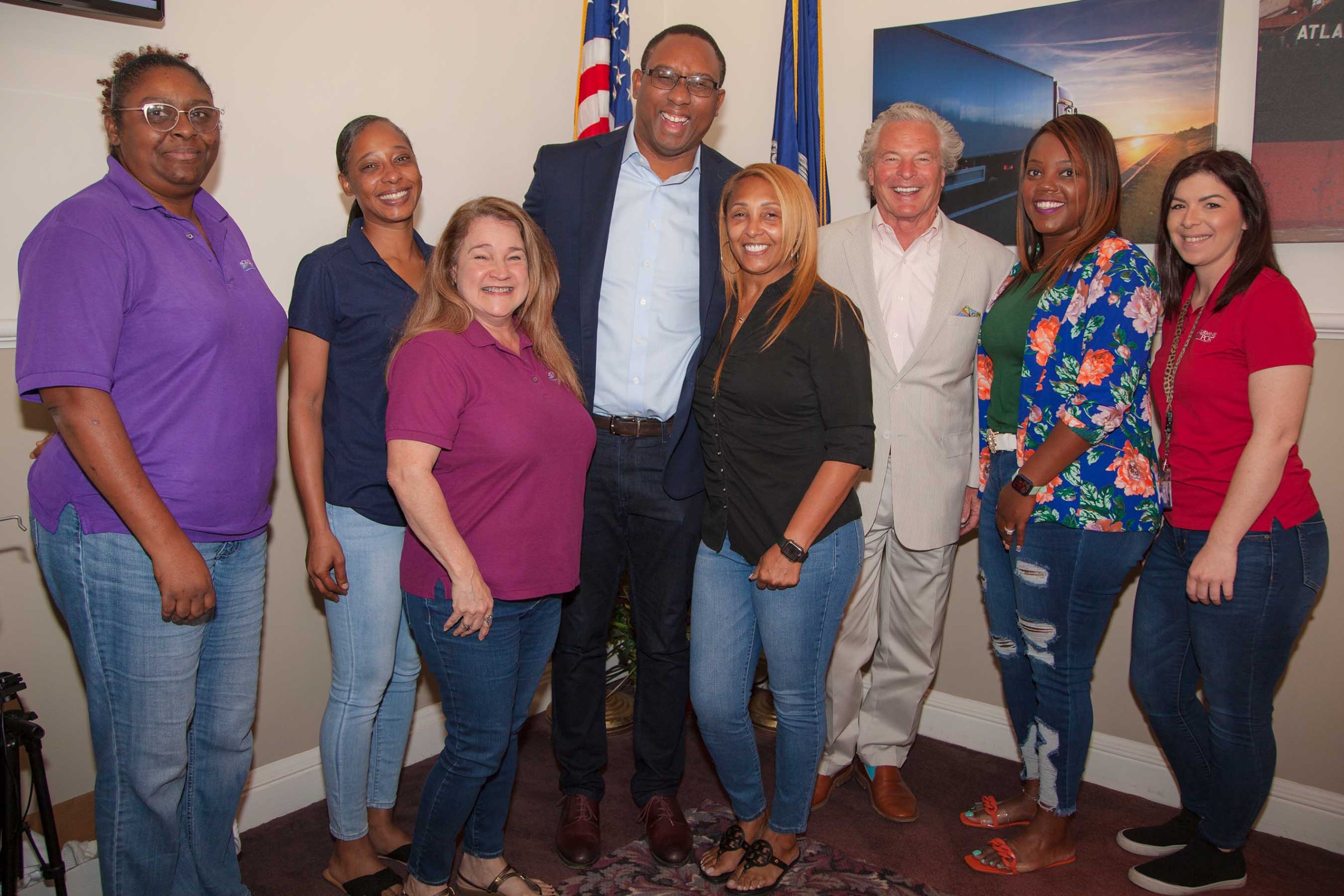 Staff of Plaquemines Port Harbor and Terminal District, including Executive Director Sandy Sanders, visit the Port of South Louisiana in May for a reunion with Paul Matthews.