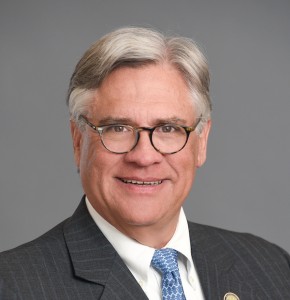 Langenstein joined the Board in February 2018 when he was appointed by Gov. John Bel Edwards. He succeeds Darryl D. Berger whose term as chairman expired this month. Berger will continue to serve on the board as a commissioner until his five-year term ends in February 2022.

“Thank you to Commissioner Berger for his service and leadership on this board. He held this position with the utmost poise and leadership, particularly during these challenging times of the pandemic,” said Langenstein. “I am honored to begin my service as chairman, and I look forward to continuing to work with my fellow commissioners, Port leadership and our partners to secure the critical infrastructure and opportunities necessary to keep Louisiana and the Port NOLA gateway competitive well into the future.”

Langenstein brings a wealth of experience from his legal career to the boards he has served on throughout the years and is a respected leader within the greater New Orleans business community. Langenstein is one of Louisiana’s leading tax, corporate and transaction attorneys at Chaffe, McCall. He is an honorary consul to the Republic of Korea. He has previously served as chairman to several other boards including WYES-TV and the New Orleans Board of Trade.

Langenstein earned a Juris Doctorate from Loyola University New Orleans, received his Bachelor of Science in accounting from Louisiana State University and is a 2004 graduate of the New Orleans Regional Leadership Institute. He is a board-certified tax attorney, a licensed title insurance agent and an inactive certified public accountant.