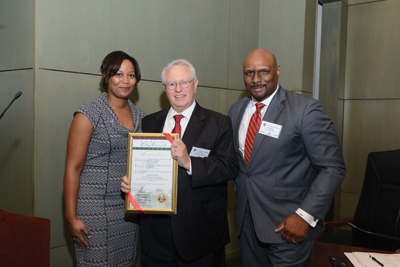 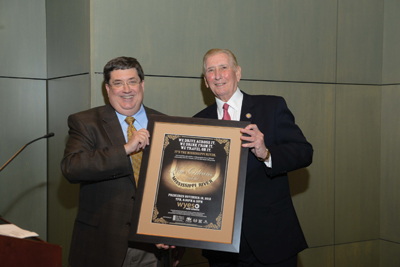 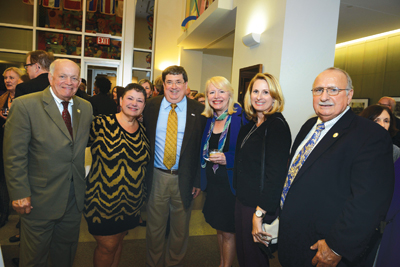 LEFT: President and General Manager of WYES Allan Pizzato presents Port of New Orleans President and CEO Gary LaGrange with a framed movie poster to commemorate the debut of “New Orleans and the Mississippi River.” 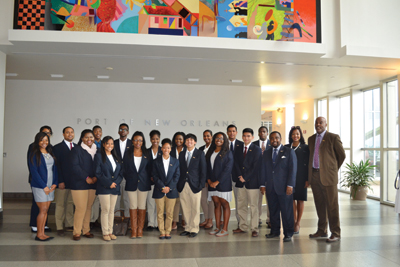 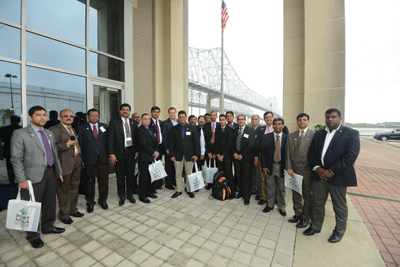 On Oct. 20 the Port hosted members of the U.S. State Department of Commerce’s Special American Business Internship Training (SABIT) program from India, Bangladesh and Sri Lanka. Before their tour of the Port’s facilities, Port managers engaged the group and addressed questions related to operations and environmental improvements. 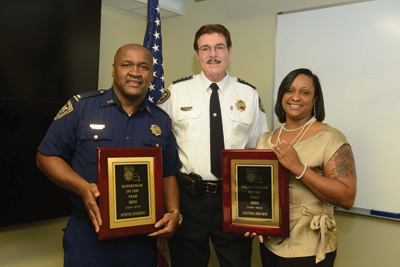 On Dec. 16 Harbor Police Chief Robert Hecker presented the Harbor Police Department 2015 Awards of Excellence to Supervisor of the Year Lt. Steven Dorsey and Officer of the Year to Cpl. Davina Brown.  By majority vote of their peers and in a ceremony proudly attended by their family members, the officers received plaques commemorating their accomplishments. 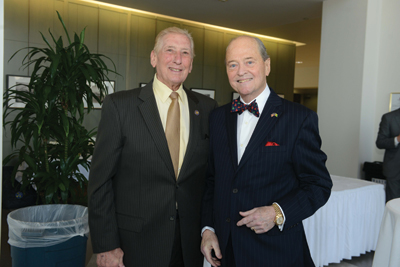 On Dec. 10 the Port of New Orleans held a holiday luncheon in appreciation of the Louisiana Consular Corps for the support that the LCC continues to give in facilitating global trade and relationships with the countries they represent. 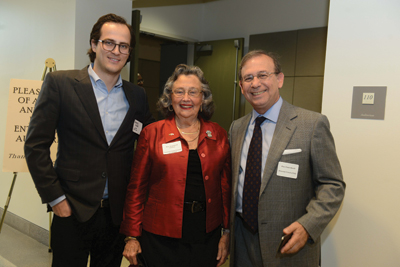 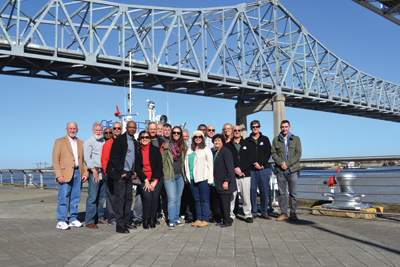 Port Commercial Manager Ana Menes (center) hosted a group from Folgers on a tour aboard the Gen. Kelley as part of their holiday gathering.  Folgers, a subsidiary of J.M. Smucker, is located at the Port of New Orleans and is home to the world’s largest coffee silo. 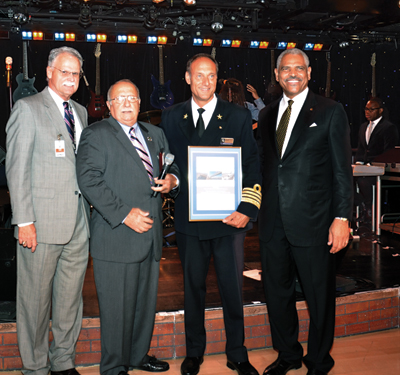