There was a time, not too long ago, when most of the vehicles navigating the streets of New Orleans proudly displayed a “Save Our Lake” bumper sticker. The campaign was spearheaded by The Lake Pontchartrain Basin Foundation (LPBF), and thanks to LPBF’s work, and the work of many others, by 2006 the lake was removed from the EPA’s impaired water bodies list. It remains the largest body of water in the United States to have ever been removed from this list. Lake Pontchartrain was declared clean and safe for recreation.

The Lake Pontchartrain Basin is one of the largest estuarine systems in the Gulf of Mexico. It stretches across 16 parishes in Louisiana and four counties in Mississippi and covers more than 10,000 square miles of land. The rivers, bayous, swamps and forests in this region comprise the basin, which is home to thousands of species of plants and animals. From rural farming communities to highly urban regions, the basin supports a population of approximately 2.1 million people.

The organization wanted to make clear that the basin was much more than one lake, so it recently received a rebrand. It is now the Pontchartrain Conservancy.

“The Lake Pontchartrain Basin Foundation has become a beacon of success for other environmental organizations around the country who look to our scientists as experts in environmental preservation,” says Pontchartrain Conservancy Executive Director Kristi Trail. “However, there has been much confusion as to who we are and what we do, and a lack of awareness regarding our successes and current programming. We’re proud that this new brand identity will showcase the accomplishments of our organization and garner continued support of our critical work.”

The comprehensive rebrand, which includes a new website, logo and tagline,“Science for Our Coast,” aims to showcase the organization’s expansion from a singular focus to the entire Lake Pontchartrain Basin and Louisiana coast.

“As our region faces increasing environmental threats and challenges,” says Trail, “our organization’s programs have never been as vital to Louisiana, and to the nation, as they are today.” 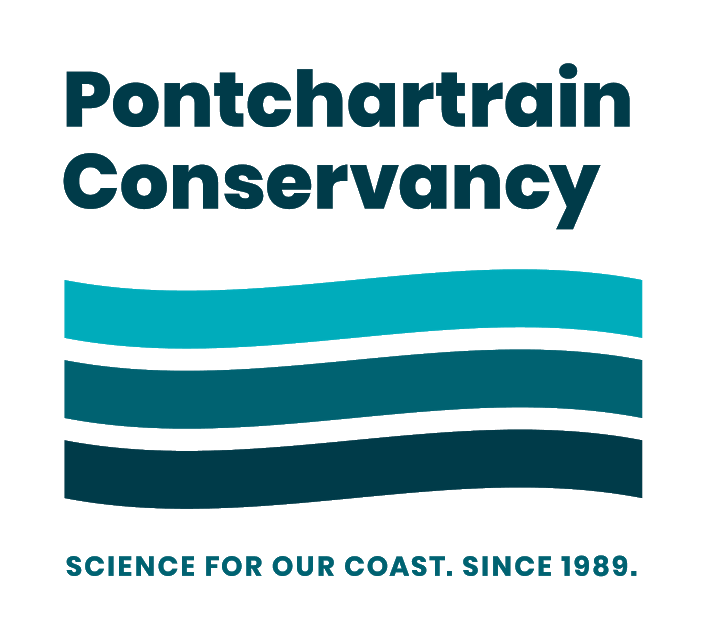 Pontchartrain Conservancy’s mission is to drive environmental sustainability and stewardship through scientific research, education and advocacy. Its vision is an environmentally sustainable, prosperous and resilient region.

Partnerships are at the core of Pontchartrain Conservancy’s mission and work. Its success can be attributed to its work in coordination with entities throughout our basin region, including local municipalities, industries, businesses, residents, schools, elected officials, community leaders, CVBs, government partners other restoration organizations and more.

How can readers help? “We would love everyone to do their part to protect the Basin,” Trail says. “We encourage individuals to pick up litter and debris from their neighborhood or area they are walking. All of this debris is harmful to marine life, and birds, and most importantly, debris can cause flooding by clogging our stormwater drainpipes. It’s also important to note that stormwater drains and ditches throughout our region go straight into Lake Pontchartrain. Storm water is not treated, so please keep everything but stormwater out of the drains — no leaves, grass, motor oil or paint. Please do your part and keep our area clean.”

How can businesses help?  The New Canal Lighthouse museum is the only place on the lake’s south shore for residents and visitors to learn about our relationship with water and “touch the coast. But with limited visitors these days, the organization can always use support for its museum. They are currently offering virtual tours and would love businesses to assist with these.