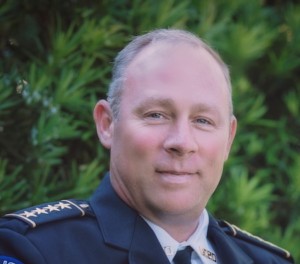 MANDEVILLE – Police Chief Gerald Sticker was named the Alumnus of the Year for 2019 by the Leadership St Tammany Foundation at their annual holiday celebration on Dec. at the Greystone in Mandeville. Sticker, Leadership class of 2017, was born in Covington. He served in the United States Marine Corps Reserve from 1986-1992 with a combat deployment between 1990-1991 to the first Gulf War. He began his law enforcement career as a reserve police officer in 1992 with the City of Mandeville, before accepting a fulltime position in the department’s criminal patrol division in 1995. Chief Sticker rose through the ranks within the department over the years, obtaining his bachelor’s degree in Criminal Justice along the way from Liberty University. He was appointed to the position of Chief of Police in August of 2016.

Notwithstanding the many professional awards and achievements along the way, Chief Sticker remains most proud of his family: his wife Tonia, two sons, three stepdaughters and two grandsons.

Foundation President Leslie Martin said, “Chief Sticker is so deserving of this award. We are pleased to be able to recognize his proven leadership skills, especially in light of the tragic circumstances that he faced this year, with the loss of Captain Vince Liberto. He helped guide his department, the Liberto family and the whole community through a sad and trying time. We are all truly grateful for that.”

Speakeasy-Style Bar Set to Open Under the Orpheum

Cure Owners to Open New Bar and Restaurant on Freret

McDermott International to File for Bankruptcy