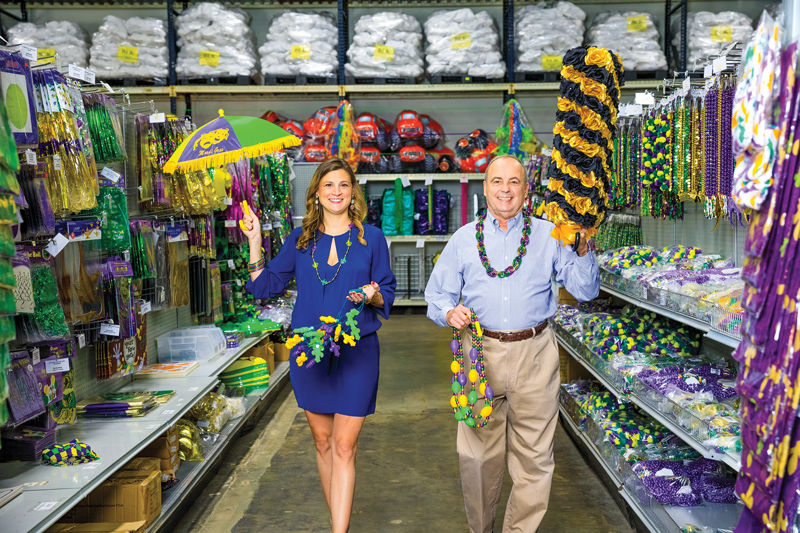 If you’ve been to a parade in New Orleans, you probably know Plush Appeal’s merchandise, even if you don’t know their story. Plush Appeal—The Mardi Gras Spot—began in New Orleans in 1989, when Daryl Fletchinger set out in the amusement and novelty business. After he revolutionized the distribution process with the “prepack,” the business shifted into higher gear and has continued climbing since.

Thirty years later, Daryl is still running the operation with daughter Alyssa as Vice President and son Clark in production. They take pride in the business, recognizing it’s all in the family. Alyssa is affectionately called the “Mardi Gras Whisperer” as she’s one of the first to know krewe secrets. Her yearly trips to China have earned her respect in a male-dominated culture.

Plush Appeal is conscious of rising concerns about sustainability of Mardi Gras throws, working with krewes to create throws that encourage reuse, like pop sockets, tumblers, hair ties and more. 80 percent of the beads sold through Plush Appeal are made of recycled materials.

The second-generation family-owned business is in the heart of Mid-City, but they design and manufacture over 10,000 products that are sent around the world. They’re the go-to spot for Mardi Gras but also offer costumes, gifts, home décor, sports and seasonal decorations and more. They provide products people want, sometimes even before they know they want it. As Alyssa says, they’ve spent their whole lives in this industry, which makes them ground-up experts for any parade need. 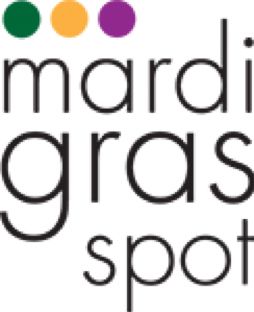