Performers, Managers Look for New Sources of Income During Pandemic

NEW ORLEANS – Talent manager Ryan Chavez, owner of The MGMT Partners, said his clients have had to get creative to find new sources of income since COVID-19 caused the cancellation of virtually all of their live performances and events.

Based in New Orleans, Chavez has a nationwide roster of clients that includes songwriters, musicians, producers, athletes, celebrities and influencers. (“Essentially, anyone who has a following,” he said.) Each has a unique plan to weather the pandemic. 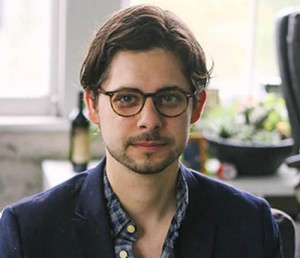 “In terms of our New Orleans-based clients, Boyfriend was gearing up for her annual Jazz Fest performance prior to its cancellation,” said Chavez. “As an artist who spends the majority of her time on tour, while that’s on hold, she’s been able to dedicate more of her energy to songwriting.”

Boyfriend, a “burlesque rapper,” has contributed to songs for Big Freedia, Galactic and others. Meanwhile, Grammy-nominated multi-instrumentalist Khris Royal – another MGMT client – has focused on live streaming.

“He’s … taking the time to learn about the available tech solutions and investing in the necessary equipment to increase production value,” said Chavez. “In doing so, he’s been able to maintain a sustainable business without even leaving his home studio.”

The recent rise in coronavirus cases in many states has performers worried that they won’t be getting back into clubs or on the road as soon as they’d like. Chavez said it’s a situation that requires an entirely new strategy.

“We’ve advised our clients that touring is no longer a source of income they should be relying on in the short-term,” he said. “We’re actively working with each of them to replace that income with new revenue streams like influencer marketing contracts, song licensing, virtual performance, etc.”

Chavez said he tells his clients that touring isn’t gone forever. Diversifying will make their business stronger for when it does return. In the meantime, Chavez and his fellow managers are facing the same challenges as the performers they represent. His management company is typically paid commissions based on his clients’ revenue so if they don’t work, he doesn’t get paid. He said he was expecting the spring of 2020 to be the most profitable quarter in his company’s seven-year history before the pandemic hit.

His response has been to pivot and look for ways he can apply his skills to other endeavors.

“If you’ve made a living producing events, odds are you have skills to help the cause,” said Chavez. “We’ve partnered with another New Orleans-based company called Health Screening Services, which is managed by a group of event producers who are now providing logistical support to COVID-19 testing efforts. The skills that are required to build a remote testing site are the same ones required to build a remote music festival site, so HSS brings together qualified healthcare providers, event operations professionals and FDA-approved labs to create bespoke testing and reopening strategies for organizations such as venues, schools and workplaces.”

Chavez said that one of his biggest challenges at the beginning of the pandemic was submitting an application for the Paycheck Protection Program. Several traditional banks declined to help him but he ultimately got it done through Funding Circle, an online platform for small business lending.

“Like many other businesses, our overhead includes a handful of fixed expenses that vendors expect us to pay monthly regardless of income, so when things began to slow down we definitely had some concerns,” he said. “[Through Funding Circle], we were funded within the week which has helped to alleviate some of our immediate pressures allowing us to continue placing the focus on giving our clients the support they deserve.”