Pels in the Playoffs?

The New Orleans Pelicans have had a strange season, but it’s trending in the right direction. With six games left in the regular season, the Pels are fighting for playoff positioning, a point that was unthinkable at the beginning of the season.

Over the summer, forward Zion Williamson fractured the fifth metatarsal in his right foot. The team hoped he would be back in time for the regular season, but delays kept him sidelined. Then, shooting guard Brandon Ingram suffered a hip injury, and without their two best players, the Pels limped to a 3-16 start. The team struggled to develop chemistry until Ingram was able to return, at which point they were able to climb back with several wins.

Things were looking good for the team as Williamson was reportedly making progress. In mid-November, he began one-on-one workouts, and by the end of the month was cleared for full basketball activities. Five days later, he experienced soreness in his surgically repaired right foot and stopped participating in basketball activities to rehabilitate the injury. In early January, the team said Williamson was rehabbing away from the team in Portland, Oregon. By the end of February, there were thoughts that he might need a second surgery, which would keep him from hitting the court at all this season.

To improve their midseason prospects, the Pels made a trade with the Portland Trail Blazers for point guard CJ McCollum. Since the All-Star break, Head Coach Willie Green has leaned on starters McCollum and Ingram in the back court with small forward Herbert Jones, power forward Jaxson Hayes, and center Jonas Valanciunas in the front court. Point guard Devonte’ Graham, shooting guard Garrett Temple, and small forward Tony Snell have been steady off the bench. As Green has worked diligently to iron out the team’s depth and rotation, the Pelicans have taken flight, becoming one of the best offensive and rebounding teams in the NBA and regularly scoring nearly 120 points a game.

McCollum has been one of the hottest players in the league, averaging nearly 30 points per game since he came to the Crescent City. He and Ingram have shown signs of gelling. They have been getting more comfortable playing together every game, are able to exploit their matchups, and have lifted the Pelicans in the win column.

Jones, a rookie selected in the second round of the 2021 draft, has made an immediate impact. With his lockdown defense and improved scoring, he is being mentioned as a candidate for the league’s All-Rookie and All-Defense teams.

Valanciunas has been solid in the middle throughout the season, averaging double-doubles in points and rebounds. At 6 feet 11 inches, Hayes has caused matchup problems down low against a lot of teams whose players cannot match his height.

Even as February media reports said Williamson, the face of the franchise, had not reached out to welcome McCollum to the team, the Pelicans look like a postseason contender. Once on the outside looking in, and even in the face of potentially team-destroying personnel issues among the star players, the Pels continued to progress, climb in the Western Division rankings, and move into the playoff picture as a play-in tournament team.

Then, last month, as most had given up on the idea of Williamson playing at all during the season, he showed signs of proper healing and returned to New Orleans to gradually progress to full weight-bearing exercises and basketball activities. Now there is talk that he is on track to possibly get minutes before the end of the season.

Even though he hasn’t played since May 4, 2021, Williamson’s return couldn’t come at a better time for his team or his future. If Zion is able to come back, he’ll split time with Hayes and make the Pels an even more dangerous scoring and rebounding squad. It will also help his public image, as it will show his commitment to the team and its future. 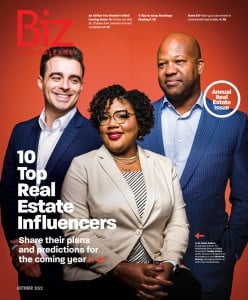